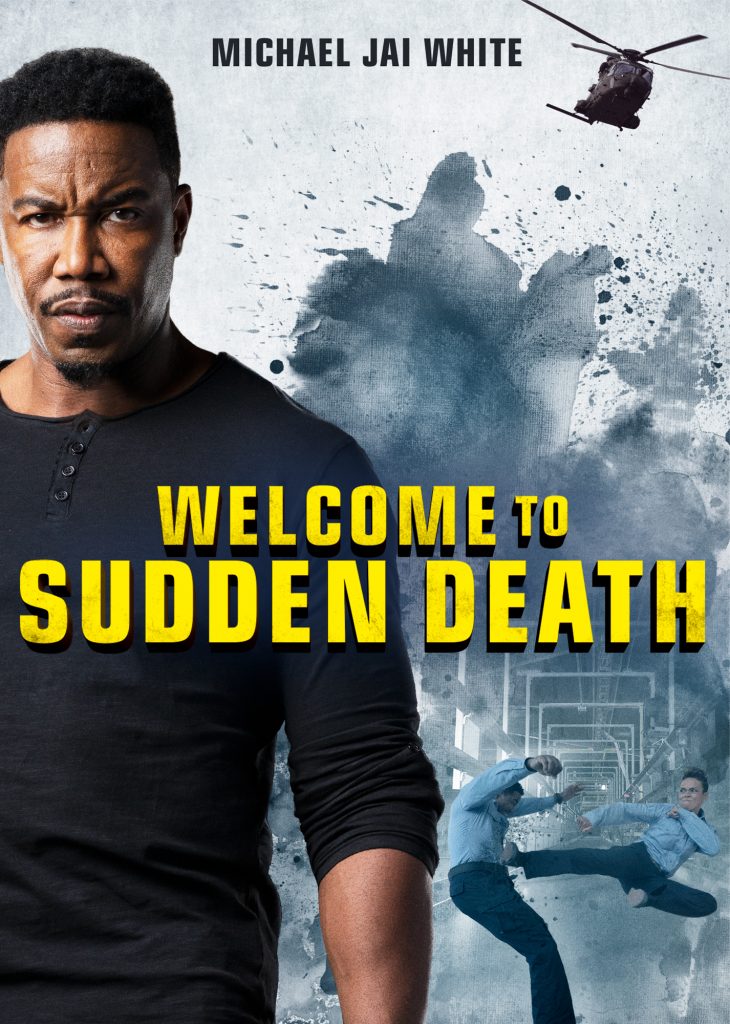 WELCOME TO SUDDEN DEATH – A Review by Hollywood Hernandez

In the Netflix movie Welcome to Sudden Death, Michael Jai White plays an arena security guard who is trying to adjust to civilian life after being a special ops soldier in the Middle East. Apparently there’s not much work for a Bad “A” dude who specializes in killing enemy terrorists.

Jesse (White) is a family man with a loving supportive wife and two kids, a boy and a girl, who rarely see their dad because of the long hours he puts in at the arena. He tries to make it up to the kids by taking them to opening night at the arena for the local professional basketball game.

At the game, a group of terrorists arrives at the arena disguised as a team of IT workers and immediately get to work wiring every exit at the arena with explosive devices. The leader of the group, Alpha, also takes over a VIP suite with the governor, the mayor, and the billionaire owner of the arena.

Jesse’s daughter is also kidnapped when she sees some security guards being killed in a private restroom. So, Jesse must get his daughter back safely while defusing all of the bombs which are set to explode at the end of the game.

Gary Owen is the comic relief in the movie. He plays a janitor who helps Jesse get access to little known areas in the arena. He’s a one-trick pony though who seems to be more interested in free snacks than saving the arena.

With the mission of saving the hostages and getting his daughter back, Jesse goes through the bad guys like a hot knife through butter. All of the fight scenes, while well-choreographed, are pretty much one-sided.

Michael Jai White really could have used some support in this film, beginning with some better writers. BTW, “Sudden Death” is a football term. That expression is not used in basketball.

The movie has a run time of 1 hour and 20 minutes and is rated R. On my “Hollywood Popcorn Scale” I’ll rate Welcome to Sudden Death a MEDIUM.