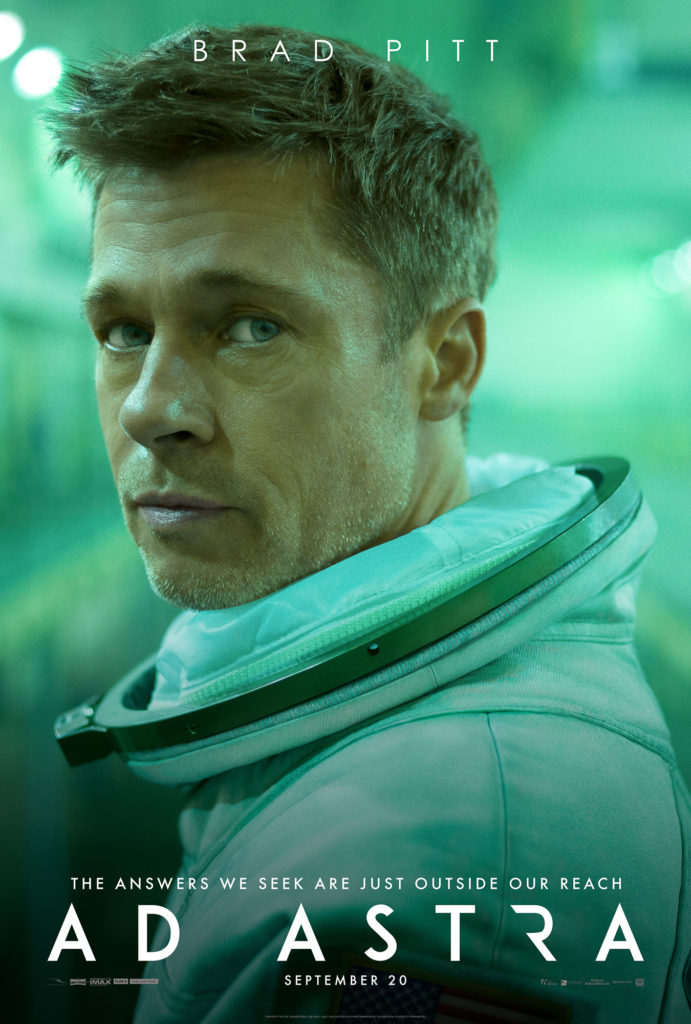 Even after watching the movie, I still didn’t know that the phrase, Ad Astra meant so I had to do an internet search to get the definition of the title.  According to Wikipedia, Ad Astra is a Latin phrase meaning “to the stars”.  The phrase has origins with Virgil, who wrote sic itur ad astra (“Thus one journeys to the stars”.  Knowing what the title meant gave me a much better understanding of the film.

It’s a movie, starring Brad Pitt, that’s about traveling thru time and space.  Pitt plays Roy McBride, the son of a legendary astronaut, H. Clifford McBride (Tommy Lee Jones), who was thought to be missing in space, but NASA tells the younger astronaut they believe his father to still be alive after being presumed dead for three years.

The younger McBride, Pitt, sets out to the deepest part of the universe to try and discover the truth, whether or not his father is living or dead.  Also, part of his mission is to save the universe from destruction because of scientific experiments that are being performed to try and find life in the universe.  NASA thinks the experiments are being conducted by the older McBride and Pitt wants to prove them wrong.

Pitt does an excellent job with his portrayal as a conflicted hero.  He has nerves of steel, who even in the most dangerous of situations, has never had his pulse rise above 80 while on a mission.  On the other side of the spectrum, he’s incapable of having a personal relationship because of the resentment he holds from losing his father.  His conflict makes for a very interesting story.

Ad Astra has a run time of 2 hours and 2 minutes.  It’s a very cerebral sci-fi action movie with only one fault.  The movie gets off to a very slow start.  The opening scene is action-packed but then there’s a long lull before anything really gets going again in the movie.

The movie is rated PG-13 for violence and on my “Hollywood Popcorn Scare” I rate AD ASTRA a LARGE.