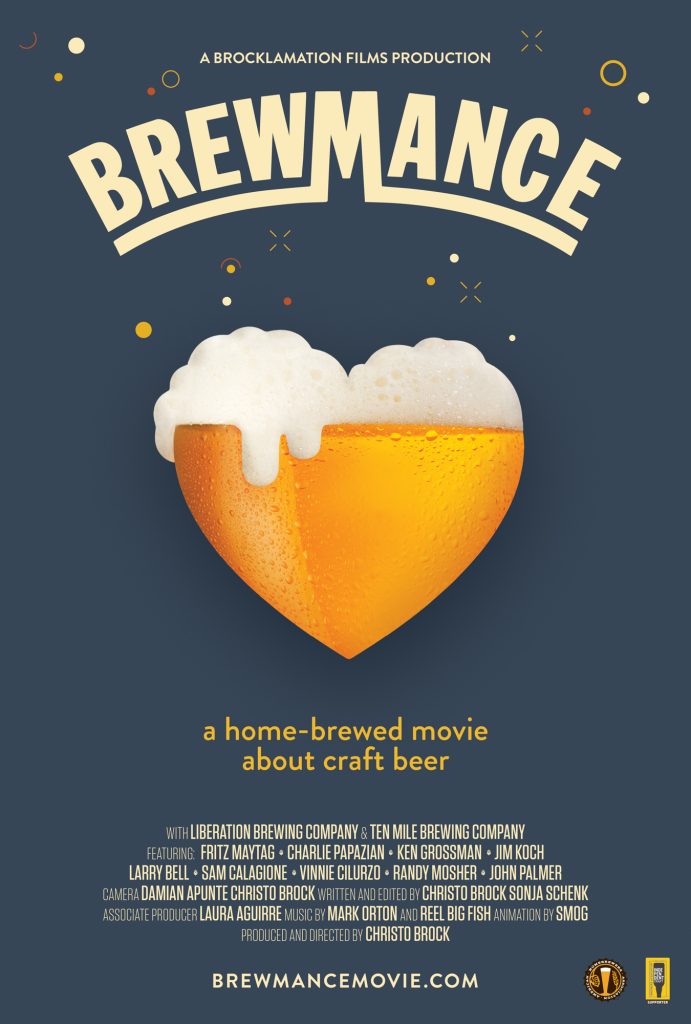 First off, I love the title of this independently produced documentary about craft beer. I’m a wine person myself. However, the loving, straightforward approach that director Christo Brock uses in this film works well to educate and entertain.

The American craft beer movement began with a group of restless homebrewers searching for something genuine and flavorful. Brewmance tells that story and brings us to the present where it has evolved into a redefinition of beer and an international cultural movement.

The uniquely American spirit of rebellion and innovation survives in two groups of homebrewers from Long Beach, California, who are looking to open their own breweries and bring their beers to the world. Their blood, sweat, and beer stories are told between interviews and commentary from legendary brewers. We hear from giants in the field such as Ken Grossman (Sierra Nevada), Fritz Maytag (Anchor Brewing), Charlie Papazian, Vinnie Cilurzo (Russian River), Sam Calagione (Dogfish Head), Jim Koch (Boston Brewing).

We watch and root for the Christian father-son team (Dan and Jesse Sandstrom), who grew close over making beer for their brand, Ten Mile Brewing Co. They know beer-making is not a place you see a lot of Christians. They want their brewery to be a place to meet and relate to people you wouldn’t find in church. At the same time, you will cheer for a retired rock star (Dan Regan) who is looking for the “quiet” existence of a brewery owner. He and his partners want to build a special kind of brewery. One that is a safe haven for workers, storytellers, shamans, down-n-out detectives, street samurai, graffiti artists, revolutionaries, punks, drunks, con artists, and pirates. All while pouring their craft beer from Liberation Brewing Co.

When director Brock was asked why he chose to do a film on craft beer, he tells a story of his friend Tom getting into homebrewing. Tom invited him to a homebrew club meeting that he attended. It was an open forum for sharing and tasting. The director was touched by the brotherly mood in the group. Brock explained, “Even though I considered myself a foodie, I hadn’t ever experienced the spectrum of flavors and tastes that these beers could be. I was hooked.” He goes on to say, “After research, I began to see the connection between the restless soul of the Homebrewer and the professional craft brewer. It became increasingly obvious that one begat the other, and the story of it would make for an interesting documentary.”

He was right. Brewmance is a fun way to spend some time in front of your TV. So whether you’re already a craft beer aficionado or just enjoy a cold one on a hot day, this documentary is for you.

I give Brewmance a 4-star rating and a hearty “Cheers”!