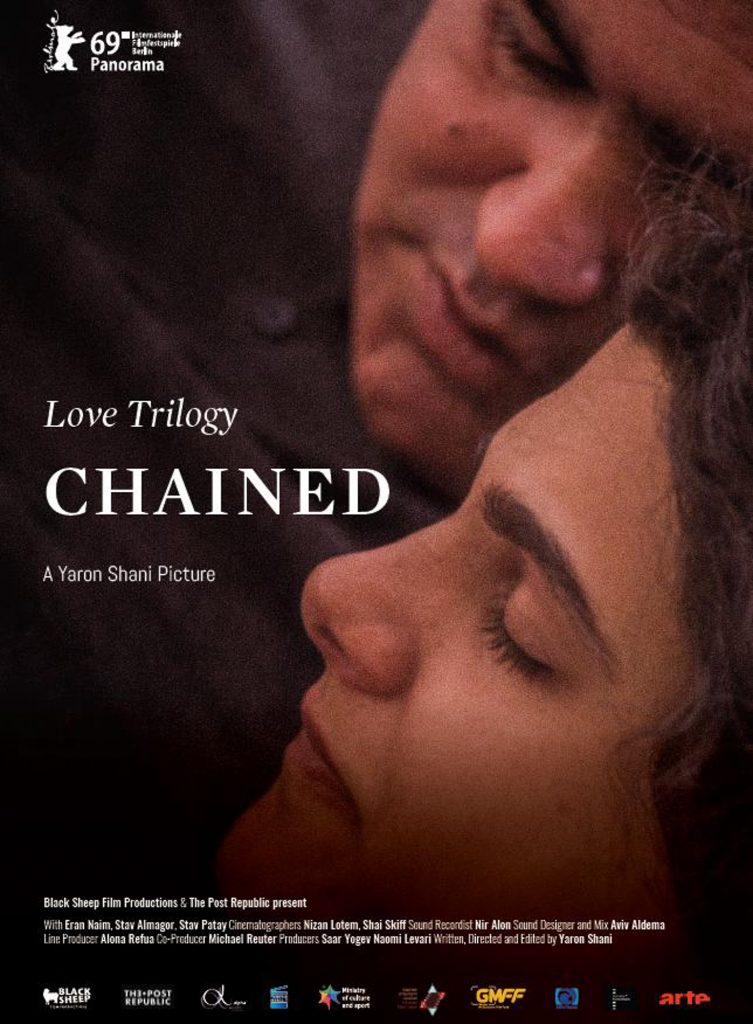 CHAINED – A Review by Cynthia Flores

Director Yaron Shani has written and directed three films known as Love Trilogy. The first film Striped was released in 2018. This second film, Chained, is released now, and in July, the third film Reborn will premiere. All three of the movies have some of the same characters flowing in and out of the storylines, but not in a sequential way. So the films can be viewed in any order. It sounds confusing, but it really works out well. The core of all the stories deals with a group of women who help each other to change and break the cage of their self-destruction.

Interestingly, the director used a process where the actors, who have never studied acting, experience living the lives of their characters for a year. Creating a strange dynamic meant to blur the line between fiction and real life. With many of the scenes being improvised, creating a raw and intense cinema verité effect. These films were a joint Arab-Jewish collaboration seven years in the making.

Chained tells the story of Rashi (Eran Naim), a big burly police officer on the job for over sixteen years. He’s been married for the last two years to Avigail (Stav Almagor), a single mom with a now thirteen-year-old daughter named Yasmine (Stav Patay). Rashi is tough and believes in clearly defined rules to keep his step-daughter safe. He really does care for her and knows first-hand how dangerous the world outside can be because of all the violence he deals with daily at work. Yasmine is a typical defiant teenager who likes to hang out in the park and drink with her older friends. This causes a lot of tension between Rashi and Avigail as they are dealing with the rigors of fertility treatments and miscarriages. Add to all of this pressure the false charges of two young boys suspected of selling drugs in the park. Rashi is falsely accused of sexual harassment by them and suspended until he is found innocent. With everything going on, his wife asks for time apart to deal with her daughter and their strained relationship. As time passes, Rashi unravels. Pushing closer to an edge, he will not be able to find his way back from. Making this second film in the trilogy a gripping study of love and betrayal.

I give Chained a 4.5-star rating. It is brutal at times while managing to remain a touching look at love and unfulfilled longing.