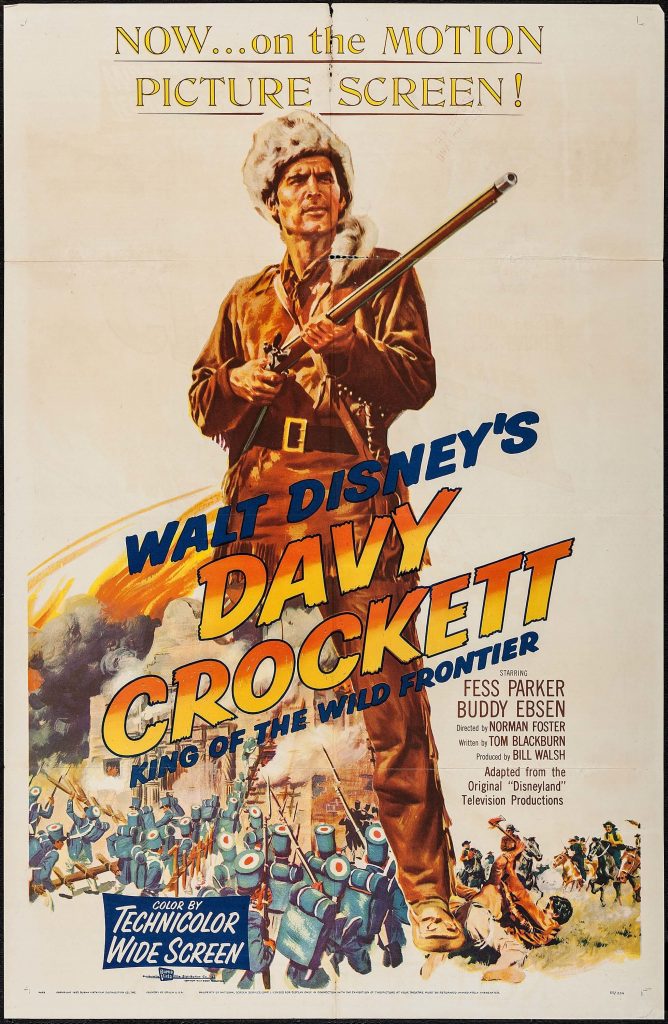 No one provided me with a free copy of the Digital HD I reviewed in this Blog Post.  The opinions I share are my own.

Davy Crockett: King of The Wild Frontier is currently showing on Disney+.  This film is the product of taking three episodes from the Davy Crockett miniseries which originally aired on Walt Disney’s Disneyland.  The film shows us three parts of Davy’s life.  Davy Crockett (Fess Parker) seems to be accompanied everywhere he goes in the film by his best friend, George Russell (Buddy Ebsen).

The three periods include Davy’s time with General Andrew Jackson (Basil Ruysdael) during the Creek Indian Wars (Davy Crockett Indian Fighter), his time in the US Congress (Davy Crockett Goes to Congress), and finally Davy’s trip to Texas to stand with Colonel William B. Travis and the other valiant defenders of the Alamo (Davy Crockett at the Alamo).

If you are my age, you probably watched the original miniseries play out weekly on television.  But whether you watched the individual episodes or this theatrical film, you had a great view of a piece of our history personified in one man, a man who is told to have once tried to smile down a bear!

There are so many stories told about this series/movie that I can’t talk about them all here.  One that really grabbed me was that Buddy Ebsen was scheduled to play Davy until Walt Disney saw Fess Parker in the movie, Them!  According to the trivia on IMDB, “When he saw Parker, he said, “That’s my Davy Crockett!””

And as you watch this film, keep your eyes peeled to catch a slew of “oops” moments like modern homes and such.  They don’t take anything away from the action so you can ignore them and still enjoy the film as much as I did.

For the rough editing they did to connect the three episodes, I can only give this 1955 film 4-stars, but it is still a good watch.

Written By
John Strange
More from John Strange
HALSTON – A Review by Cynthia Flores This documentary starts out...
Read More