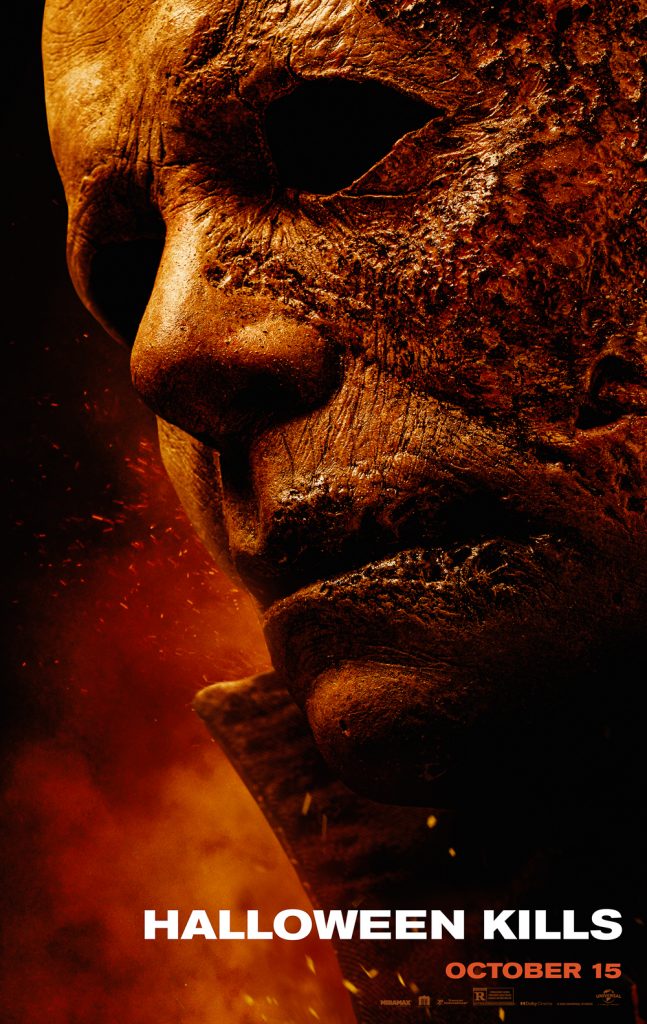 Jamie Lee Curtis is back as Laurie Strode in the 12th Halloween adventure, along with Mike Myers, who’s back to terrorize the small Illinois town on Halloween night.  Myers is back as the escaped mental hospital patient who simply refuses to die.

The movie starts with Curtis burning down her own house with Myers inside while she’s being rushed to the hospital in an ambulance after being stabbed by the maniac killer. But after being trapped in the burning house, Myers ends up laying waste to the firemen who try to put out the fire. Then he continues with his maniacal killing spree. He simply cannot be stopped.

The latest Halloween saga is a much more brutal movie than any of the previous episodes. The violence goes all the way on tilt with hacked-up bodies and gory smashed heads. There are also several characters from the original movie version to bring back a little insight from the first film. The movie also brings back more of the supernatural aspect from the original film adding a great deal of creepiness that was in the first film.

The movie does not end as expected but revealing how the film ends would be a spoiler alert and ruin the movie for you. So, you’ll just have to watch it for yourself. What I can say is the ending will have you leave scratching your head.

The movie is rated R for graphic violence and on my “Hollywood Popcorn Scale” I rate Halloween Kills a LARGE.