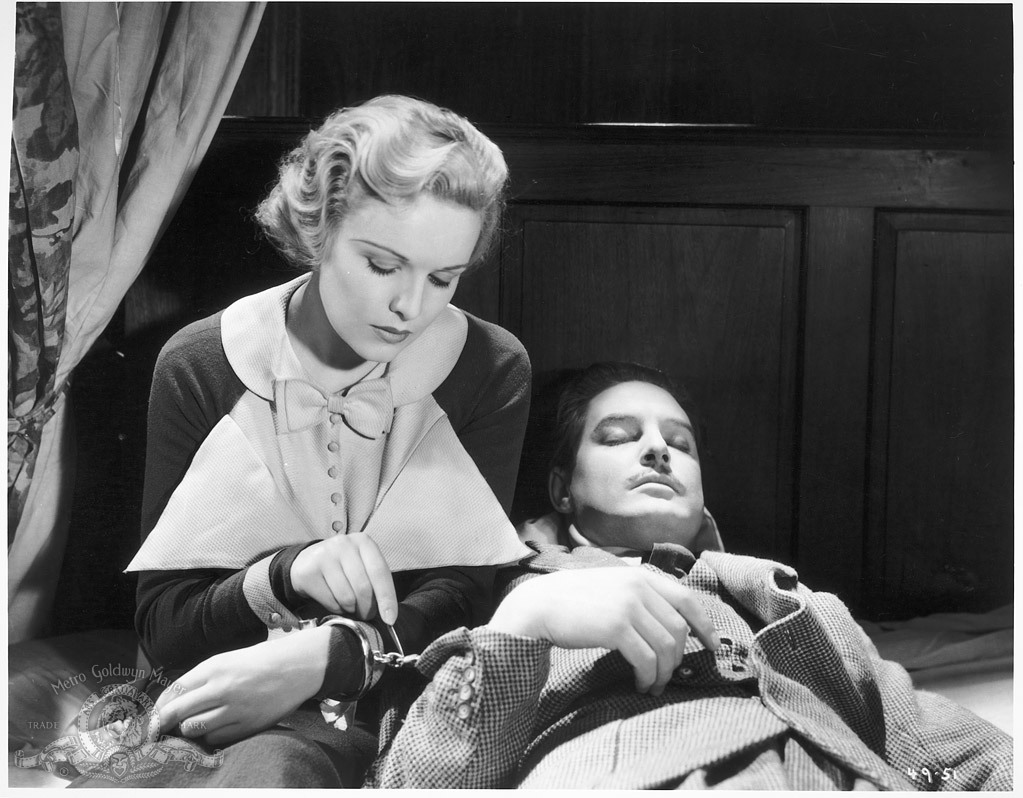 Every Thursday in October, plus Halloween

Laid up with a broken leg, photojournalist L.B. Jeffries (James Stewart) is confined to his tiny apartment. To pass the time between visits from his nurse and his fashion model girlfriend (Grace Kelly), the binocular-wielding Jeffries stares through the rear window of his apartment and casually concocts a scenario in which a neighbor across the courtyard has murdered his wife. Trouble is, Jeffries' musings may just be the truth. (115min, PG)

This critically acclaimed psychological thriller stars Joseph Cotton as Uncle Charlie, a calculating and charming killer, who hides out in his relatives' small hometown and befriends her favorite niece and namesake, Young Charlie (Teresa Wright). When she begins to suspect Uncle Charlie is the famed Merry Widow murderer, a deadly game of cat and mouse ensues. (108min, PG)

Bruno Anthony thinks he has the perfect plot to rid himself of his hated father when he meets tennis player Guy Haines in STRANGERS ON A TRAIN. Guy is trapped in an unhappy marriage, and Bruno reveals that he feels trapped by his father, and proposes the theory of "exchange murders." Suppose that Bruno were to murder Guy's wife, and Guy in exchange were to kill Bruno's father? Guy takes this as a joke, but Bruno takes things into his own hands when Guy arrives home to find his wife murdered. (103min, PG)

Debonair bachelor, Richard Haney (Robert Donat) is thrown into a murder mystery when a seductive spy is murdered in his flat. As he escapes from the law and ventures through the Scottish countryside in search of the true murderer, he stumbles upon red herrings, villains and love. With iconic moments that inspired later Hitchcock films like NORTH BY NORTHWEST and STRANGERS ON A TRAIN, THE 39 STEPS is considered a milestone in suspenseful thrillers. (86min, NR)

Alfred Hitchcock's landmark masterpiece stars Anthony Perkins as the troubled Norman Bates, whose old dark house and adjoining motel are not the place to spend a quiet evening. When Marion Crane, spectacularly played by Janet Leigh, ends up at the Bates Motel after making off with $40,000 cash, there's hardly a film fan alive that doesn't know what happens next. First a private detective, then Marion's sister, search for her as the horror and suspense mount to a terrifying climax where the mysterious killer is finally revealed. (109min, R)