Jon Stewart’s second feature film is a wickedly humorous take on the the way political coverage and lobbied backed money has forever changed our American culture.  Like his feature debut, ROSEWATER, Stewart is surrounded by a stellar crew and a super cast of characters.  Here is my full review Focus Feature’s Irresistible.

From the moment Democratic strategist Gary Zimmer (Steve Carell) is introduced to the viral video of retired veteran Jack Hastings (Chris Cooper) the wheels of humor began to spiral out of control.  Hasting’s daughter, Diana, is played wonderfully by Mackenzie Davis.  Will Sasso, Topher Grace and Natasha Lyonne round out Stewart’s stellar showcase of acting talent.  But it is the brilliant performance of Rose Byrne that brings the film’s darkness into full impact with the comedy.  Irresistible allows it’s tremendous cast to immerse themselves into small town America with a satirical twist ending that rivals all other dark comedies.  Basically the film is MANCHURIAN CANDIDATE meets WAG THE DOG in a dark alley where they both are beaten over the head by Mel Brooks dressed as Uncle Sam.

Behind the camera with Stewart is his trusted cinematographer Bobby Bukowski who reteams with Jon after their work on ROSEWATER.  Editor Jay Rabinowitz is also back helping bring Stewart’s satire to the masses.  Add in the melodic musical composition by THE NATIONAL’s Bryce Dessner and you have a fully realized work from Stewart and his team.  Focus Features brings the major studio power to help deliver one of the year’s real gems.

Similar to Spike Lee’s eye-opening BLACKKKLANSMAN this film utilizes an elaborate twist ending that turns the middle America love story into a vital attack of our corrupt political system.  Stewart’s story pulls us in with a sweet demeanor of small town USA and completely gut punches us with the racy vernacular of the “out of towners”.

Forget who’s coming to dinner and rather ask who are all these suits that have taken our town. 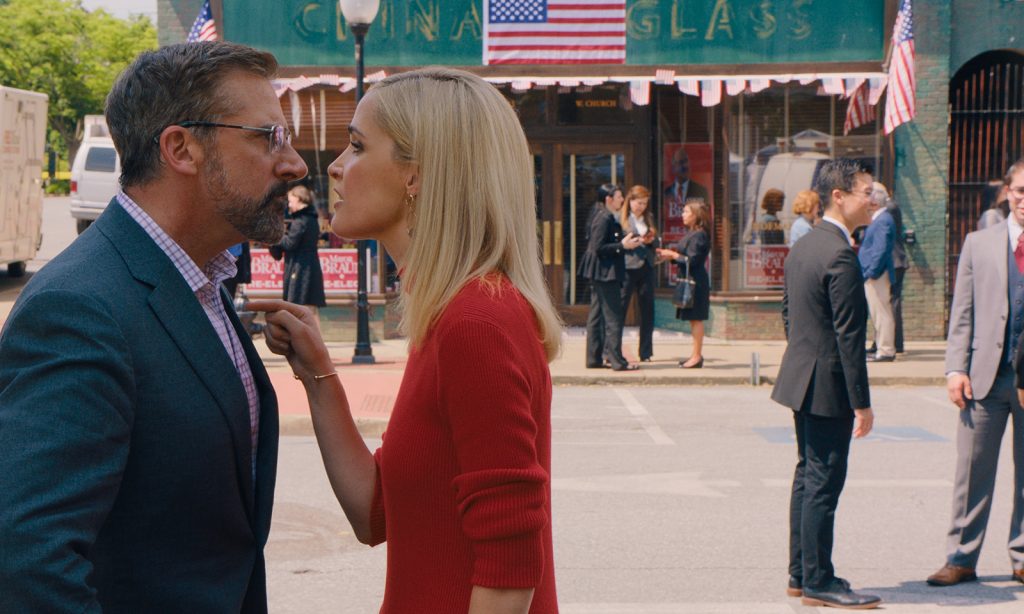 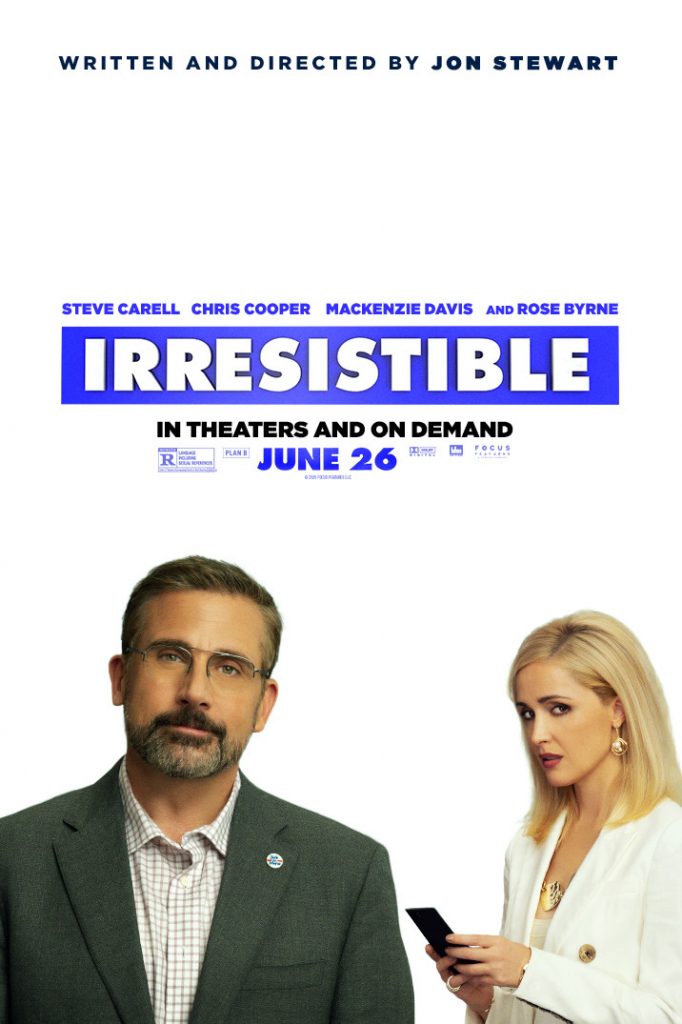 MONKEY KINGDOM – DVD Review   John Strange   Narrated by Tina Fey, this film from Disneynature takes us into the lives of…