A young Brooklyn couple heads to an up state cabin to unplug from their phones and reconnect with each other. Blissfully unaware of their surroundings, they are left to their own devices as the planet falls under attack.

Writer / Directors Alex H. Fischer and Eleanor Wilson chatted with Selig Film News about the film’s Brooklyn heavy cast and crew, the gripping musical score and so much more.

Jack (John Reynolds) and Su (Sunita Mani) are a Brooklyn couple who, like many of their friends, find themselves dependent on technology and unable to put down their phones. Fearing their mindless scrolling may impact their connection with each other, they seize the chance to head to an isolated cabin in the woods, vowing to unplug from the outside world for a week. Sheltered from texts and push notifications, they are blissfully unaware that the planet is under attack. As strange events unfold, the couple must figure out a way back to civilization—or what’s left of it.   SAVE YOURSELVES.

The writing/directing team of Alex H. Fischer and Eleanor Wilson talked with our Gadi Elkon about their invasion comedy.  The chat dives into the mainly Brooklyn based cast, the finding of a perfect up state NYC cabin, the haunting and immersive score by Andrew Orkin and much more!

For more information on the film please visit – SAVE YOURSELVES.

The movie has limited theatrical release today and will be available digitally on October 6th.

For local theaters showing the comedy:

The Village at Fairview 8 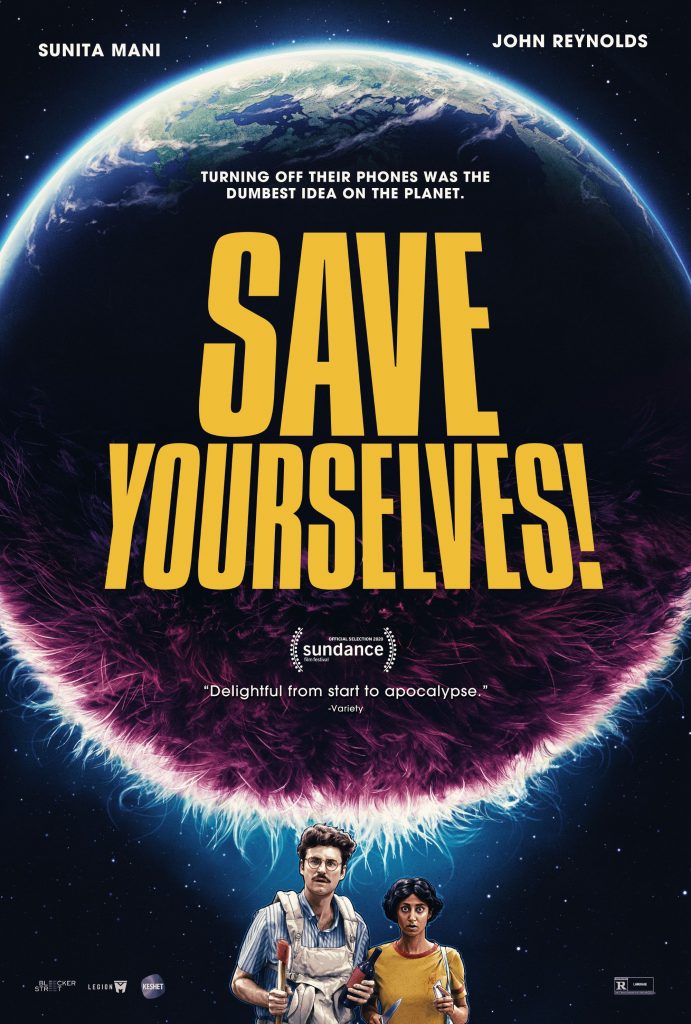