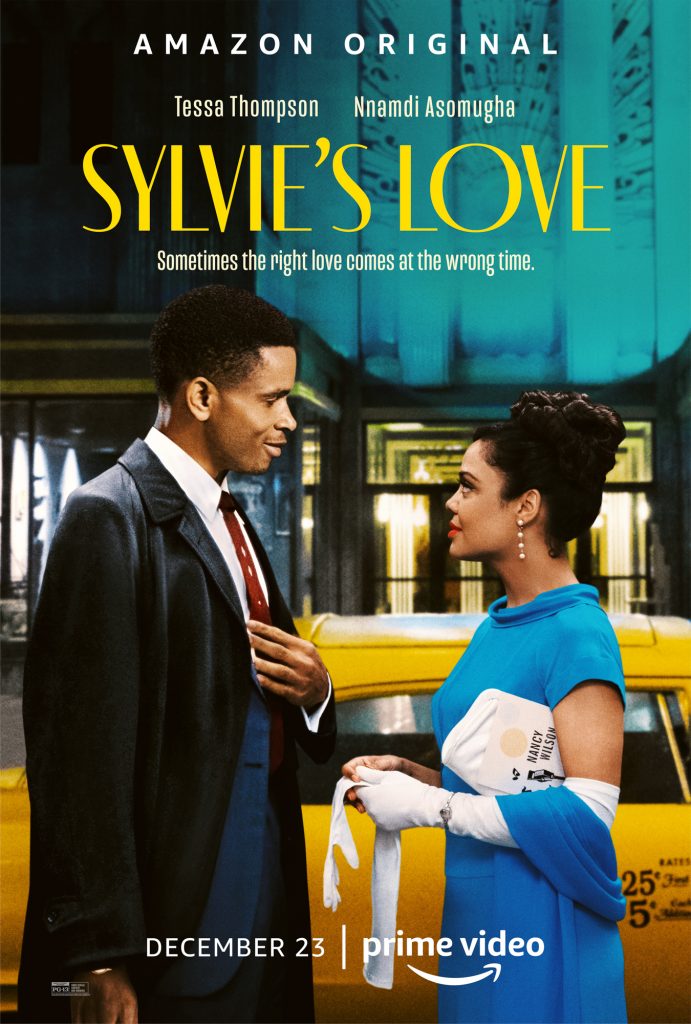 In the movie Sylvie’s Love, Sylvie is a young girl working in her father’s record store in Harlem during the 1950s who meets an aspiring saxophone player. The two share a mutual love of music and Sylvie, played by Tessa Thompson, and Robert, played by Nnamdi Asomugha, develop a romance, despite the fact that Sylvie already has a fiancé.

The couple are star-crossed lovers who struggle to stay together, but who seemingly are meant to be apart. They also come from very different backgrounds. Sylvie comes from a wealthy family and has a successful businessman for a fiancé while Robert is a self-taught musician and formerly worked in a plant.

The couple’s love affair takes a lot of different twists and turns while the movie follows them over the years. Sylvie gets a job she loves as an assistant on a TV cooking show while Robert’s jazz career comes to an end when people move from jazz to R&B and his goal is to move to Detroit with hopes of joining the Motown roster.

His contact, who had told him he could make connections for him at Motown, turns out to be a con man who’s only dealings with Motown are as a valet for the artists. Robert ends up back working in a factory while Sylvie stays behind in Harlem to continue to work her TV job and take care of the couple’s young daughter.

The movie also shines a light on the class system between upwardly mobile black women and the lower-class black men who they love. It shows how upper-class blacks have to adapt to a different world while lower economic class blacks are simply not accepted by whites no matter how much talent they may have.

It’s Sylvie’s Love that keeps the couple together in the end and her role as a strong black woman in the 1960s is a real inspiration that will warm your heart. The movie is a true “black love story” that shows the struggles that black couples go through.

The movie does an excellent job of capturing the styles of both the clothes and the music during the 1950s and 1960s. It’s a well-told story and on my “Hollywood Popcorn Scale” Sylvie’s Love rates a LARGE. The movie is showing on Amazon Prime Video.