The Scheme tells the revealing, no-holds-barred tale of Christian Dawkins, the young man at the center of one of the biggest criminal cases in collegiate sports history.

My good friend Pat Kondelis is an award winning director and producer who’s work has been showcased on CNN, Showtime, and HBO.  His latest film is the revelatory look into the dynamic world of Christian Dawkins.  The documentary is one of the most suspenseful and eye-opening looks into the criminal aspects of college basketball ever made.  Pat worked with his talented editor Sean McQueeney to make an unyielding film that keeps you transfixed throughout.  Add in the enigmatic musical score from the composing duo that is Danny Bensi and Saunder Jurriaans.  For our chat Pat and I went over the many projects he’s been apart of as well as fully breaking down this impactful documentary.

Pat and I also discussed the history behind the Emmy-Award winning Bat Bridge Entertainment, the process of making complex documentaries, and so much more.

The Scheme is now available on all HBO platforms and is easily one of the best films of this year. 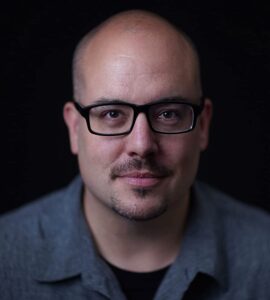 FREELAND – A Review by John Strange

ASHES TO ASHES – A Review by John Strange