WALTER is the feature film debut of Director Anna Mastro and is a touching look at grief, love, and the quirky nature of life.   I had the chance to chat with Anna about her film and her career.  Click through for my interview with Director Anna Mastro. 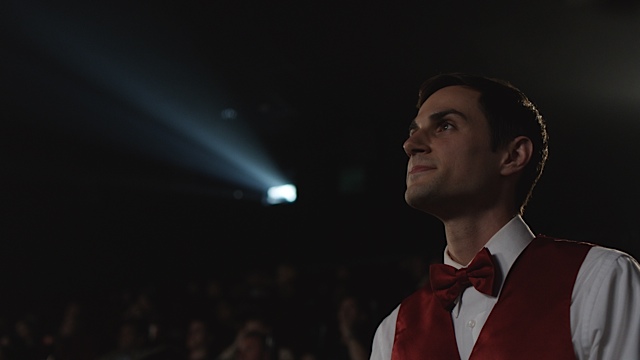 "Walter, a mild mannered ticket-taker at a movie theater believes himself to be the son of God with the responsibility to judge whether people will spend eternity in heaven or hell. When a ghost stuck in purgatory interrupts Walter's daily routine his world is turned upside down forcing him to reassess the meaning of his life." 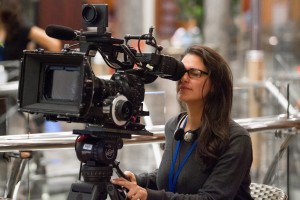 The movie itself came from a short film that also starred Andrew West as Walter in Paul Shoulberg script.  I asked how Anna was brought on for the feature film.

Andrew West's performance as WALTER goes through a pivotal arc that showcases his controlled confident style.  I asked Anna about working with Andrew to help to mold the character further from the short film version.

The film has a really thought out color palette that stands out from most quirky comedies of this nature.  Vibrant choices in color really make for a unique look to the movie and I asked Anna about creating that specific look.

Anna was able to get a talented cast of characters with William H. Macy really given the piece a star name. 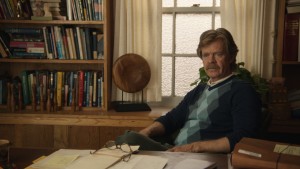 Justin Kirk happened to be my favorite character in the film and Anna immediately agreed about his tremendous performance. 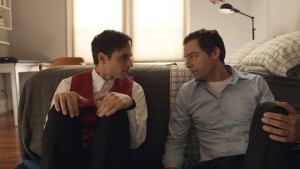 And even more love for Justin Kirk's performance.

Even though the film does have a religious vibe this is far from a religious film.  It's never preachy or even really gets to in-depth with any specific look into religion.  It's rather a way for Walter's choice in dealing with grief is based on a unique view point of his relationship with God.  The real sanctuary for the character is the comfy confines of the movie theater.  Walter has a very specific reason why he loves the theater.

Leven Rambin (Kendall) Photo courtesy of ©2015 Entertainment One Films US 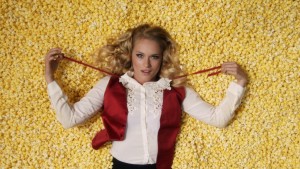 I asked Anna about the importance of the theater.

We got more in-depth about the religious vs non-religious lean of the film.

I ended my chat with Anna by asking her about what's next for her and then we got back onto how awesome Justin Kirk is as the Ghost.

WALTER is out in NYC and LA and now available on all major VOD providers including iTunes, Microsoft Xbox, Google, Sony, M-GO, Blockbuster, Amazon Instant Video and Vudu.