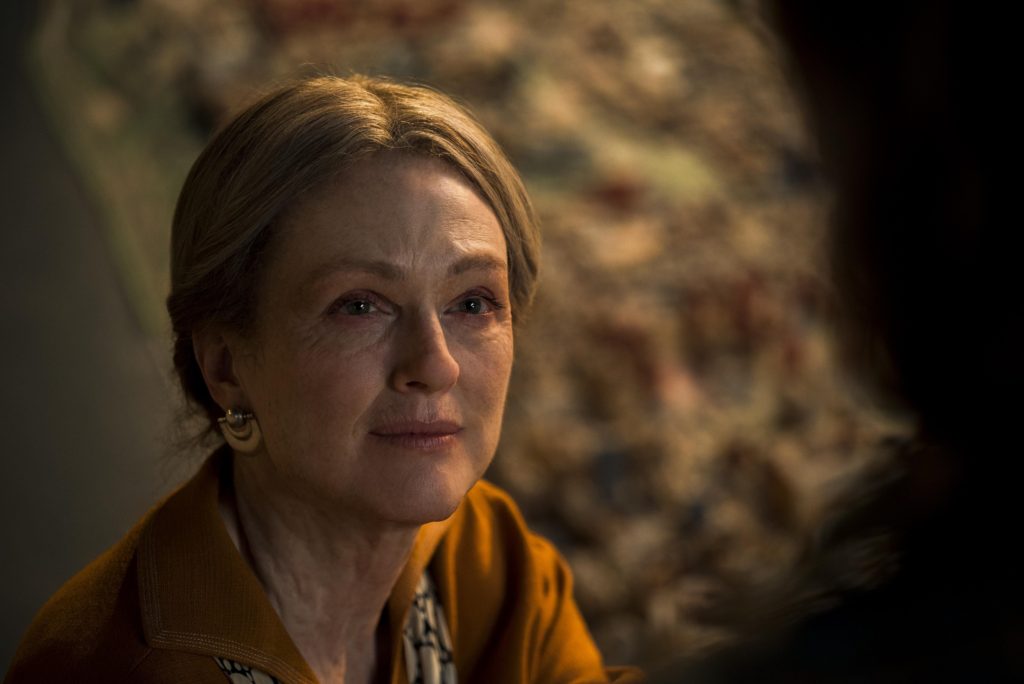 WONDERSTRUCK – A Review by Cynthia Flores
If you want to see what New York City looked like in 1927 and 1977, then this film is for you.  Wonderstruck is the new film by Todd Haynes, who gave us films like I’m Not There and the Oscar nominated Carol. Both had fabulous art direction and created a strong sense of the times they spoke of.  So this movie is right up his alley.  The story of Ben (Oakes Fegley) a young boy who wishes his life were different.  He has lost his mother (Michelle Williams) and now his hearing due to a freak accident involving a lightning strike going through the wires of the phone when he was placing a call trying to track down his never spoken of father.  On a side note, I grew up with my mother warning me not to be on the phone during a lightning storm, well now I know why.  Not sure if the younger folks in the audience will get the reference since all they’ve ever known are wireless cell phones.
Anyway, Ben chooses to follow a clue he’s found in his mother's belongings to locate the father he always longed for but never knew.  As he makes his way from Minnesota to the big bad New York city of 1977, we see the story of Rose (Millicent Simmonds) who was born deaf.  She too wishes that her life was different and fights against her overbearing father who wants her to learn lip reading and how to speak when all she wants to do is be with her mother, the famous actress of stage and screen Lillian Mayhew (Julianne Moore) who is performing live on Broadway.  So we see her run away as well to the big city, only it’s 1927, everything's in black and white, and not as trashy as the 70s.
This is the way Wonderstruck tells the story of two seemingly unrelated deaf kids in the big city. New York is actually the third leading character in this film.  It’s a blast to see the way the city changes from one era to the other.  Wonderstruck does a great job following both Rose and Ben as they navigate the world of the hearing.  Rose is lucky enough to finally find her grown brother at the museum of Natural Art where he works.  And Ben is lucky to find a new friend in Jamie (Jaden Michael) whose father works in the same museum and where he has a secret hiding place that he shares with Ben.  There’s a night they spend in the museum together that would be the envy of anyone that has ever wanted to have a museum all to themselves at night.  As the movie goes on we find out that besides being brave enough to go after what they want, Ben and Rose have a lot more in common than either of them ever know until the very end.
The art direction and cinematography in this film is amazing.  The choice to use black and white in 35-negative anamorphic film for the 1927 parts and then shoot the 1977 scenes with color-negative film to match the visual language of the films from the 1970s like Midnight Cowboy really pays off.  You can sense a real love affair with the overwhelming vibe of New York City.  I never knew the dirty NYC of the 70s where you could and would get mugged so I liked seeing it in so much detail from the safety of my movie seat.  Wonderstruck also has fun playing with the audio of the film because two of the leads are deaf.  Whenever we see young Rose there’s no sound except for the wall-to-wall score.  Much like the old silent movies of that time.  When it’s Ben's story you still hear all the city sounds and music of the 1970s as he walks the streets, but the sound oftentimes is muffled or barely there when they are giving us his perspective on a moment.  At times, this bouncing back and forth between the two deaf worlds is a bit jarring but sweet in a “walk a mile in my shoes” kind of way.  But because of this audio trickery the film may be a bit too much for really young viewers to keep up with.
Is Wonderstruck a great film, no, it’s not. I give it a B+ rating. Is it a film worth seeing on the big screen, yes it is if only to enjoy the art direction in all its glory.
Directed by Todd Haynes
Written By Brian Selznick
Rated PG
Selig Rating B+
Running Time 1hr 57min
Drama, Family, Mystery
Limited Release: October 27th Angelika Mockingbird Dallas & Plano, AMC NorthPark
Starring: Oakes Fegley, Julianne Moore, Michelle Williams, Millicent Simmonds, Tom Noonan, James Urbaniak
The Selig Rating Scale:
A – Excellent movie, well worth the price.
B – Good movie
C – OK movie
D – No need to rush. Save it for a rainy day.
F – Good that I saw it on the big screen but wish I hadn't paid for it.
Tags from the story
Amazon Studios, Julianne Moore, Michelle Williams, Millicent Simmonds, Oakes Fegley, Todd Haynes, Tom Noonan, Wonderstruck
Facebook Twitter Pinterest
LinkedIn Email