"Come Now, Now" we can all go for some Jason Derulo in our lives.  Today starts the 2018 World Cup in Russia!  This coming together of superior global soccer talent inspired me to create a World Cup of Filmmaking.  The fact that the US aren't in it allows for no biases.  Italy, The Netherlands, and Canada certainly doesn't help my filmmaker pool or the soccer pool for that matter.  Here is the World Cup of Filmmaking 2018. 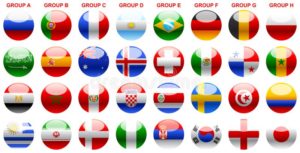 Each nation is made up of a 5 person squad.  The squad has a Coach filmmaker and 4 Player filmmakers.  The coach selection is a veteran director who doesn't have to have been active.  Since i'm creating rules for this competition I'll go ahead and make this a gender free World Cup.  Each team will have at least one female filmmaker.  So what will a team look like?  Here is what my all female United States team would look like.

Coach – Kathryn Bigelow, Players: Patty Jenkins, Sofia Coppola, Dee Rees, Debra Granik.  This list is my own personal faves and it was tough to leave ladies like Greta Gerwig, the force that is Ava Duvernay, or the next wave folks like Reed Morano off the top 5.  And a tbt Dee in Texas!

Each group below is broken down into 1-4 with the top 2 filmmaking squads moving on to the knockout phase.  The knockout phase mirrors the real soccer breakdown of Group 1A vs 2B, on down to H.  At the Quarterfinals I reseeded the rankings.  I'll breakdown the rationale with each group breakdown.  There is no formula to the ranking of each team.  Instead length between films, amount of work done, awards or honors, film festival play, and impact on one's country help evaluate the groups.  For certain countries political impacts have seen the filmmaking process difficult.  Saudi Arabia for instance has seen an extremely recent filmmaking world blossom.  Like in the real World Cup dead or retired super talent aren't on the teams (Hitchcock vs Kurosawa super teams).  Though a figure like Miyazaki is only recently retired (and that has been revoked as well) did make his Japanese team.  The British team had to be allocated an A and B squad simply because I couldn't decide!  Here is the

Another strong legacy of film.  Andrey Z and Timur have made names but Egypt edged out because of overall talent.

Veteran female leads the team but its the talents of Fede horror ties and Alvaro's films that make this unit unique.

*Had to bring in a wildcard – Dutch/Palestinian director,and friend of Selig Film News to help lead this raw talent.

GROUP B – Mediterraneans and the Iranians Group

Abbas only passed away in 2016 and his legacy is that strong.  Talent like Samira Makhmalbaf or Jafar Panahi didn't even make the top 5.

*Iconic Producer is leading this team for his amazing connections. Young group representing an old legacy.

*Veteran DP/Cinematographer Serra is the coach and helps give ump to a rather limited film community that is growing.

Leaving off the other folks of BlueTongue Productions – Joel Edgerton!, our good friend Fred Schepisi, legendary George Miller and Jennifer Kent.  Not to mention all those darn New Zealanders!

Up and coming South American filmmaking community with rich history to find inspiration.

GROUP D –  Nollywood and Beyond

Lucia's father Luis Puenzo is a quality director as well.  Lucrecia Martel was extremely tough to keep off this team.

Tough 1990s and 2000s have hurt this once European power.  Ognjen and Vinko are the yin and yang of the country's dramatic vs comedic battle.

Commerically this is a viable winner but Croatia nipped past based on Academy Award nominations.

Nollywood revolution has been a recent one, but it looks promising especially with the large number of European Nigerians and Nigerians in the US.

Vast film history has highlighted Rio, Sao Paulo and much more.  Waiting on the next wave to showcase the next great filmmakers.

Many may have gone Serbia, but the depth of talent in Switzerland seems more legit for a breaking out of a new wave.

Constant political turmoil and fear of more war/religious issues keeps the talent away from making films.

The 3 Amigos of Mexican Film is obvious whats sad is not including El Guapo of The 3 Amigos Alfonso Arau!  Or two of my favorite filmmakers the powerful writer/director Guillermo Arriaga and the funny Eugenio Derbez.

Hell of a second unit too – Marc Forst, veteran Wolfgang Peterson (The Neverending Story – for gosh sakes!), Philipp Stolzl and Wolfgang Becker are all worthy.

Easily could have won or finished second in most of the other groups.  Park, Bong and So Yong Kim could end up like the South Korean 3 Amigos.

I know Tamra Davis is an American, but she is a total bad ass and one of my all-time faves.  Besides she would fit in with incredible music video director talent from Lasse Hallstrom with Abba and Jonas Akerlund being awesome.  I left off Ruben Ostlund for gosh sakes!  Overall this team could easily have won some of the other groups as well.  GROUP OF DEATH STRIKES AGAIN!

GROUP G – The Brits, Belgians and the Bunch

This is with folks not making the list like Guy Ritchie, David Yates (Harry Potter/Fantastic Beasts), Tom Hooper, Joe Wright, Joe Madden, my buddy Simon Curtis and the kiddos – Duncan Jones, Alex Garland, Ben Wheatley, Jonathan Glazer.  Btw Kenneth Branagh is Irish.  I know many folks look at the McDonagh bros as Irish but they aren't.

Talented new wave on the verge makes this a really exciting team on the football pitch and behind the camera.  And the Dardenne Brothers sure do help!

Super raw group of filmmakers, but Panama has a strong early voice.

Animation icon with a wild group of talent.  Tried not to get some of the old vets still around.

Extremely talented squad with the success of Pawel's IDA and Holland's long history.  The Roman Polanski issue was tough to keep off.  He did shoot The Pianist in Poland.  Ton of talented documentary filmmakers and cinematographers.

A ton of young talent looking to tell some wild stories.  Chance to be a real player in 2022.

Some of the country's icons have passed.  * Using two fellow African directors to fill out the roster.

KNOCKOUT STAGE:  A quick visual slideshow of how the knockout stages will breakdown.

Once again that means.

France VS Croatia, Egypt VS Spain, Iran VS Russia, Argentina VS Australia, Brazil VS Germany, England VS Poland, Mexico VS Swiss & Japan VS Belgium.

Enjoy the slideshow that showcases the winners of the 16 round I reseeded for quarterfinals, so ENGLAND is #1 seed and on down.  You can see in the video the breakdown.  Then the final four squads battle to a final duel of our two top film teams.

It came down to the talented 3 Mexican filmmakers vs the depth of the English team.  The recent successes on the biggest of stages gave Mexico to slight nod to victory.  The female filmmakers had me nearly sway it back to England, but I kept thinking of those darn 3 amigos.

Hope you enjoyed my wacky World Cup of Filmmaking 2018. 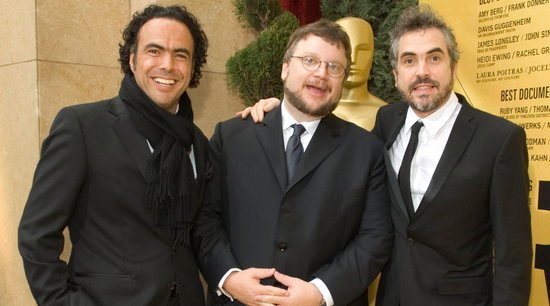 Up and coming actor Roger Yawson talked with our Gadi Elkon about the film bug hitting the young talent.  Click through for our chat with Roger.