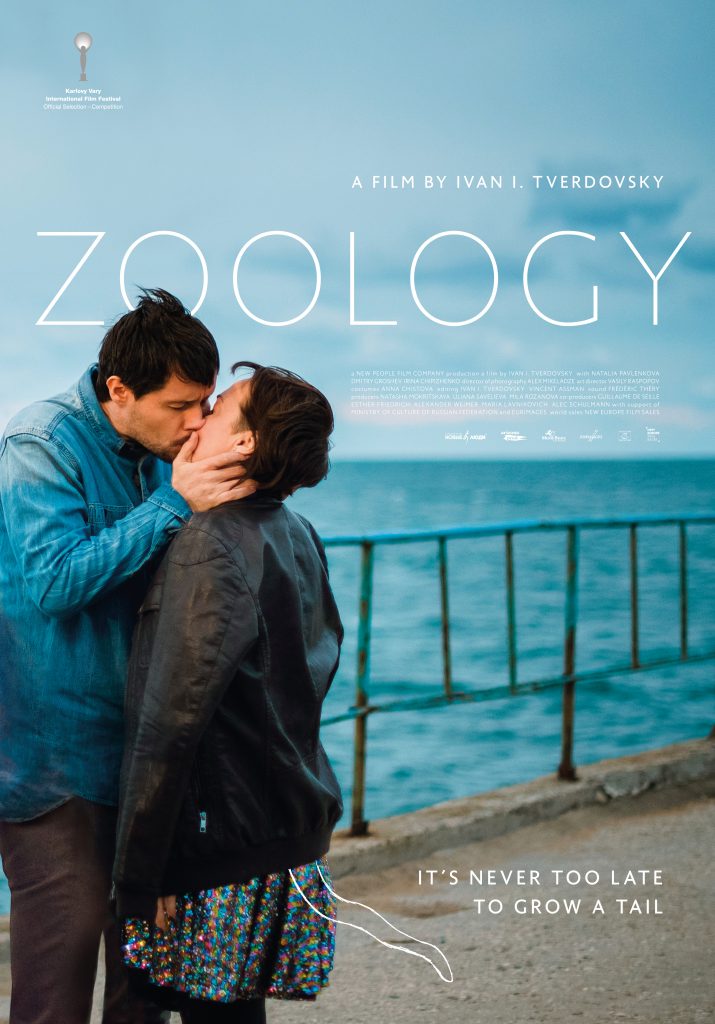 Zoology is Tverdovsky's second feature film after the successful drama Corrections Class, which also stars Pavlenkova. The film won over 35 prizes worldwide, including the East of the West Award at the Karlovy Vary International Film Festival in 2014. Zoologyhas already shown to be another festival hit for Tverdovsky by winning the Best Actress and Critic's Prize at the Kinotavr Open Russian Film Festival and the Special Jury Prize at the Karlovy Vary International Film Festival this year.

Zoology follows middle-aged zoo worker Natasha, who still lives with her mother in a small coastal town. As she struggles for independence, she has to endure the absurd reality of her life filled with gossip spread by the women around her. She is stuck and it seems that life has no surprises for her until one day… she grows a tail. Embarrassed at first, Natasha decides to go further with the transformation and use it as an opportunity to redefine herself as a person and as a woman. With the new "accessory" she gets access to the life that she has never experienced before – she starts a relationship with a man, who finds her attractive, she goes out and allows herself to be foolish for the first time in her life. But her second puberty eventually comes to an end and Natasha has to make a choice between reality and illusion.

Magnolia Pictures' Sunshine Superman is the tale of the bold Carl Boenish aka the father of BASE jumping.  Click through for my review of…