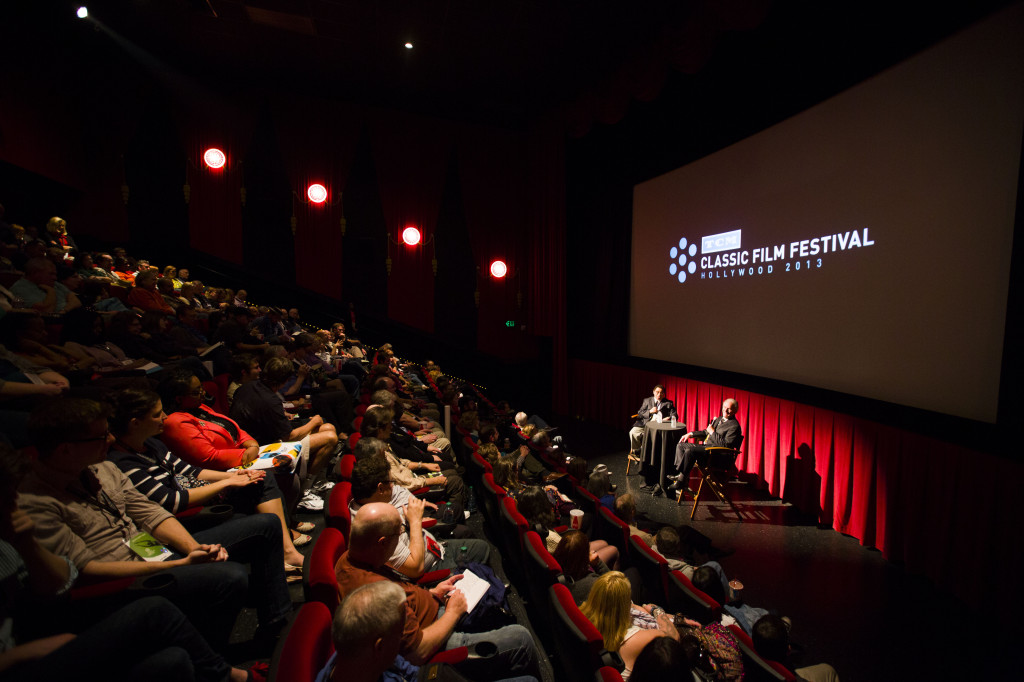 Turner Classic Movies (TCM) has announced April 28-May 1 for the 2016 TCM Classic Film Festival, marking the seventh annual gathering of legendary stars, award-winning filmmakers and classic movie fans from around the globe. The theme for the four-day event will explore Moving Pictures, the movies that bring us to tears, rouse us to action and inspire us. Passes for the latest edition of the TCM Classic Film Festival will go on sale to the public on November 19.

TCM host and film historian Robert Osborne will once again serve as official host of the TCM Classic Film Festival, with TCM's Ben Mankiewicz introducing various events. The festival’s screenings and events will be presented as part of the Moving Pictures theme:

The magic of movies isn’t just motion, it’s emotion. As we watch cinematic stories play out, they feel like our own.  In 2016, the TCM Classic Film Festival explores MOVING PICTURES – the ones that bring us to tears, rouse us to action, inspire us, even project us to a higher plane. In the heart of historic Hollywood we’ll gather to share the big-time emotions of big screen stories, from coming-of-age pictures to terminal tearjerkers, from powerful sports dramas we feel in our bones to religious epics that elevate our spirits.  These are the films that that set our love of cinema in motion.

Serving for the seventh consecutive year as the official hotel and central gathering point for the 2016 TCM Classic Film Festival will be The Hollywood Roosevelt Hotel, which has a longstanding role in movie history and was the site of the first Academy Awards® ceremony. The Hollywood Roosevelt Hotel will also offer special rates for festival attendees. Screenings and events during the festival will be held at the TCL Chinese Theatre IMAX, the TCL Chinese 6 Theatres and the Egyptian Theatre, as well as other Hollywood venues.

The "Palace" Festival Pass: $299 – Includes access to all screenings and events at the historic TCL Chinese Theatre (excluding the opening-night red-carpet gala) and the Egyptian Theatre Friday, April 29 – Sunday, May 1, as well as poolside screenings at the Hollywood Roosevelt Hotel.