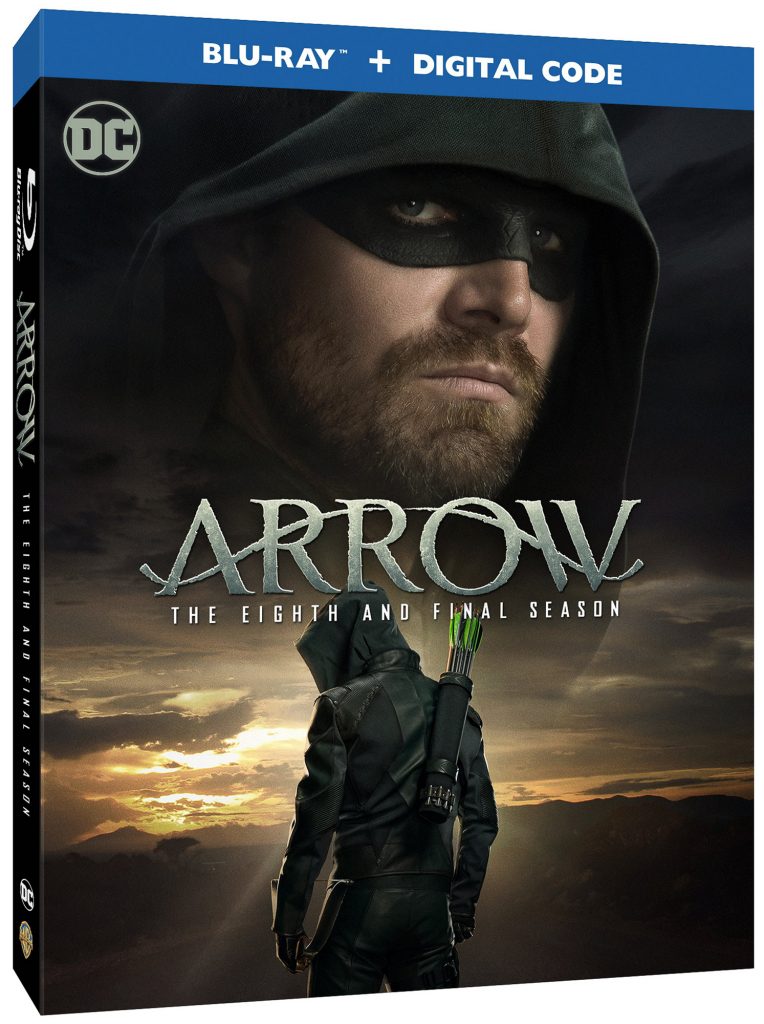 ARROW: THE EIGHTH AND FINAL SEASON – A Blu-ray/DVD and Digital HD Review by John Strange

Warner Bros. Home Entertainment provided me with access to a copy of Arrow Season 8 on their viewing website that I used for the review in this Blog Post.  The opinions I share are my own.

Sometimes, when you are told the season you are about to review is the final season of the show, you find that the series ending is abrupt and pretty much unsatisfying.  Others are just as abrupt but the ending, usually a cliffhanger is, well, okay because the showrunners and writers are allowed to modify the script to ease us into it a little bit.  But the best endings are, as with Arrow Season 8, well-mapped homages to the entire series and the characters as a whole, much like a love letter from the creators, producers, and writers to the fans.

Arrow, and the entire DC-based Arrow-verse, has been a supremely well-choreographed homage to the characters taken from the DC comics and enhanced for the TV screen.  These talented folks have not been afraid to play with the look of the characters while remaining true to the spirit and heart with which these characters were first brought to life on those carefully written, drawn, and inked pages.

The Monitor (real name Mar Novu, played by LaMonica Garrett) is back and has convinced Oliver that he has seen his death and wants the hero’s help to save the multiverse before he dies.  The season’s action jumps back and forth around the globe, the future, and the multiverse as Oliver is dropped into situations with orders to retrieve someone or something, always with instructions to not interfere in the world he is in.  This is not in Oliver’s makeup.   He will always try to make something right or save the endangered innocent (or friend).

The episodes storylines allow us to see characters once lost to us as they are re-introduced by The Monitor while he prepares for the 9999+final showdown with The Anti-Monitor (also played by LaMonica Garrett) (see the crossover episodes).  During the setup episodes for the grand crossover arc, we also see how The Monitor came to be and what his involvement in the destruction and resurrection of the multiverse means to all of us.

And now to the bonus extras!  “The Best of DC TV’s Comic-Con Panels San Diego 2019” has been added to all of the season offerings for the last several months.  It is a good featurette but if you have purchased any of those season offerings then you have already seen it.  The deleted scenes are good scenes that just didn’t progress their respective episodes and were pulled to keep the shows tight.

The best extra given to us is “Arrow: Hitting the Bullseye (Special)” where we get to hear from the showrunners, writers, and cast of the show as they talk about the show and their feelings about the final season and its many twists and turns.  As happens sometimes, I liked the season a lot but that feeling deepened considerably as I learned the back story.  This cast and the creative team behind it made the season a gift to the fans (and themselves) as they tied up many loose ends and gave so many characters a chance to have the happy endings they deserved.

I came into the binge-watch of the season with trepidation and completed it feeling happy and satisfied.  This show has a great cast and some of the best writing in the business.  This is a 5-star watch in my book!