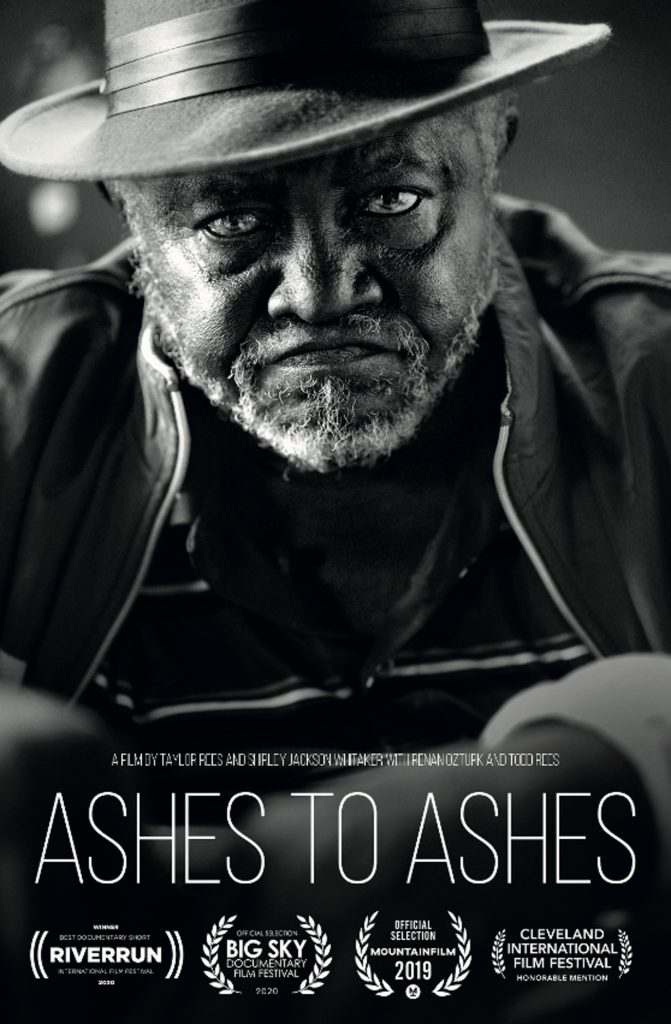 ASHES TO ASHES – A Review by John Strange

Director Taylor Rees and Dr. Shirley Jackson Whitaker bring us a documentary about black men and women who were lynched during the Jim Crow era, in part by highlighting the story of Winfred Rembert, a man who survived a lynching in Georgia in the 60s.

Winfred is documenting his story using leather as the medium for the images, buried deep in his mind and soul, of the events that took place all those years ago.  Events that still haunt his sleep to this day.  He has completed 8 of the 50 images he feels will be required to tell the whole story.

Dr. Shirley Jackson Whitaker, physician and artist, is dedicated to helping the souls of the many people who were lynched and never allowed to be laid to rest.  Too many of the bodies of those lynched were weighted down and dropped in creeks and lakes or burned to hide the evidence of the murders.

Dr. Whitaker met Mr. Rembert at a show of his work.  In the film, the doctor asks Winfred how much he sleeps.  His answer is hard to bear.  He sleeps 3-4 hours only if he takes medicine, zero if he fails to take it, allowing his mind to revisit those times each night.

This film does more than talk about lynching people, it gives us a face to think about from now on whenever the subject is raised.  The film is dark but allows in the light of truth.  It speaks of truth and the harsh reality that people in the Black community have lived with for the last half-century and more.

This is a brief view of the world that shines a light on actions that have caused so much damage to this country’s soul.  One that I feel is a 5-star effort.  Please take the time to watch this film and above all, think about what it presents and how it makes you feel.