Director Francesco Munzi's adaptation of the novel Black Souls by Gioacchino Criaco is a nearly biblical look into the depths of the real life Italian Mafia.  The story revolves around three different brothers and their impact on the younger generation.  The film takes unique turns that highlight the volatile nature of the real life southern area of Calabria.  Click through for an interview with Francesco about his dark and moving film.

Black Souls is much more than just a gangster film it tackles the deep seeded hardships of brotherly love.  The mingling of the ancient farm lands with the violent nature of the just as ancient mafia community makes for a dynamic unflinching society.  The characters are all rich in unique quirks and histories just as the beauty of the region hides its dark ways.  I sent Francesco a series of questions and we started by chatting about adapting Gioacchino's novel.

Q  What was it about Gioacchino's book that captured your attention?

The book tells of the "criminal education" of some boys. It is a journey to hell told from the inside, directly and without mediation. It doesn’t use characters that are part of the legal institution such as the police or judges. It involved me. It did not romanticize or glamorize the evil. Crime is put in the proper perspective, as the bearer of grief and mourning.

We jumped to the background of the brothers stories. 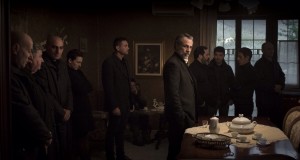 Q  I am one of three brothers and am curious if you have brothers?  Did this help or hinder you writing the script or filming the movie.  Which brother is most like you personally?

I tried to put something of myself in each of the three brothers. I used several aspects of my character. So, no one brother is like me in every way, but there is something of me in each of them. However, the brother who feels the closest is Luciano. It’s a character that excites me a lot. 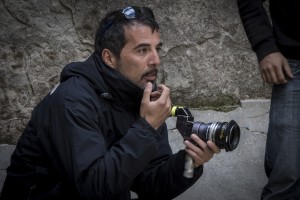 The cinematography in the film is absolutely breath taken at times.  Shooting a lot in the dark of night really creates a haunting character of its own in the film.  I asked Francesco about his relationship with his Cinematographer.

Q  You and your DP Vladan Radovic have worked together for over a decade.  How do you two work together on creating the look for your films?  What was it like shooting in Southern Italy compared to Rome, Milan or North Italy?

Vladan and I grew up together professionally. My first film was also his first film so we understand each other and we also have a very similar vision of cinema. We both place an enormous importance on using the scenery to build the image. For example, we chose the winter to shoot Black Souls because we liked the dark atmosphere. In a sense, we have tried to shut down the southern sun!  It was almost impossible, but we succeeded in the end!  In southern Italy, especially in Calabria, the region allows you to create great images. In this film we had the chance, just like you do in a documentary, to wait for the weather, to inform the look of the scene. Working in Calabria has meaning in this case. There was a great, passionate involvement of the population. This enabled us to have the time to get difficult scenes like the storm on the abandoned village and the procession of the goats who gather around the house of Luciano.

Q  Your previous films deal with immigration, crime and corruption.  What is about these subjects that interests you so much?

I like to talk about minorities that are not always seen at the cinema and especially through them I can tell strong stories. When tackling dramatic stories you can touch the great themes or archetypes of humanity, the great feelings and great dilemmas. These are universal stories that can be understood everywhere.

Q  Marco Leonardi is wonderful as Luigi.  What was it like working with him and since he's from Calabria did he enjoy going back "home"?

I agree. I think that Marco has given an excellent performance. For him to speak in Calabrian dialect, with the locals where he grew up as a child, had a very strong emotional impact that influenced his passion and involvement in the film. This passion has also influenced the style of his acting. He completely became Luigi. Although Luigi comes from a reality that is different from his, he knows Luigi’s reality very well.

Q  The film showcases how the townspeople don't trust the cops or the mayor. I especially point to the scene where the Mother spits in the direction of the police.  Can you talk about the unique dynamic of having the N'drangheta literally rule over an area and how that impacts the townspeople.  Seems so different than how we look at Rome, Milan and the rest of Italy.

It's amazing, but I have to tell you that when the film was released in theaters in Calabria, when we arrived at the scene, a part of the audience stood up and applauded the gesture of that woman. This thing is very serious and has even surprised me. A part of the population of southern Italy has no confidence in the institutions of the Italian state, nor in the police or the judiciary. This attitude has ancient roots – our country was born with difficult and often violently achieved territorial annexations and that still has an impact on the present. The relationship between the central state and our south has never been very balanced and very often was not ensured justice. Especially the crime has had too many related party diverted the state and politics and this has created confusion and disillusionment in the population. It has also created a mentality that romanticizes crime. 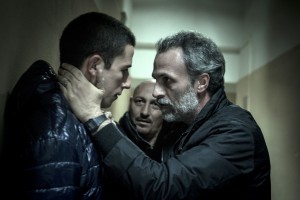 Find out more information about the film, here.