Justin, an artist with autism in his mid-twenties, wants to pursue an independent life. But what appears simple on paper is not so easily realized. While learning social norms and professional etiquette, Justin learns to navigate an unpredictable future.

Don’t Foil My Plans was one of the feature films showcased at this year’s ReelAbilites Film Festival.

Director Ben Stamper took the time to answer an email questionnaire about his documentary.

1.  Ben you’ve known and covered Justin’s life for over a decade and through two films.  Can you talk about why he first intrigued you and how his story can be impactful to many folks living with, taking care of, and understanding people with Autism in there life.
I first met Justin when I was a drawing and painting instructor at a private art school. Justin came in with his mother and they were seeking to get private lessons for him. At the time Justin was around 13 or 14 years old, and when his mom showed me his portfolio, I  was totally captivated by what I saw. I didn’t have any experience working with people with autism, but I immediately knew that I wanted to teach Justin whatever I could. After the first lesson, it was clear that I had nothing to teach him, because everything I could do he could do better, with more grace and ease. My job was to help him branch out in terms of using different materials and methods, and to simply provide a consistent context for him to work. We got along wonderfully from the start, and I can’t imagine my life without his creative influence and friendship.
To me, Justin’s story has a broad relevance because it’s really about seeing the person beyond the particular issue that surrounds them. Seeing someone for who they are takes time, and often it takes real work to reveal our own stereotypes or to navigate the emotional or cognitive landscape that might be new to us. But with Justin, I see someone who is fully alive and totally honest about how he moves through the world, and that inspires me to do the same.
2.  What do you shoot on and can you talk about the amount of time/footage you have captured?
Over the course of the film, I shot on two cameras. I started out on a Canon 7D, and halfway through the film I moved to a Sony FS700, in order to have a more streamlined approach to audio, and have more flexibility with the overall image. With this film, the ratio of shooting was around 10:1. This is relatively low for a documentary, but still works out to be hundreds of hours of raw footage. The main reason the film took place over the course of 5+ years is to allow Justin’s story to unfold into a natural shape without forcing something to happen before its time.
3.  Showcasing Justin’s art is pivotal to his journey.  How important was it to show his talent but also his unique look at pop culture and the things he likes or dislikes in it.  Especially intrigued by the drawings that depict more violent or sexualized scenes and how that can help show how Justin looks at these things.
Justin has a very clear-headed approach to pop culture that often reveals the messaging that we become numb to through constant exposure. The repetition and surface gloss doesn’t seem to anesthetize Justin in the same way, so nothing slips by him undetected. He certainly derives a type of comfort and pleasure in decoding double entendres and inferences to things that are considered taboo or on the edge of cultural norms, and he will often fixate on these things until they make sense to him in a comedic or tragic way. This provides him with a steady stream of material for such brilliant artistic expression and social commentary.
4.  How has the Noah Ark Institute impacted your work?
Madeleine Goldfarb has been a very generous partner by providing fiscal sponsorship through her organization called Noah’s Ark Institute. This allowed the film to raise funds and give donors a tax incentive to give.
5.  How has Justin reacted to your docs?
For DON’T FOIL MY PLANS, Justin is my primary audience, and the only opinion that truly matters. I want him to feel that his story is told in a way that is true to who he is, and not a film that is out of touch with his experience. Thankfully, he heartily approves of this film, and that’s the greatest review I could ever imagine.
6.  Lastly, Justin got a cat.  What’s its name and how has it effected his life.
Justin’s cat is named Tommy, after the cartoon “Tom and Jerry.” Only Justin can speak to how Tommy has impacted his life, but from my perspective, so much of what it means to be independent is learning to care for others. It’s been wonderful to see how Justin has immediately and enthusiastically taken up the responsibility of owning his own cat. Because he has always loved animals and had animals in his family home, owning a cat while living on his own seems to complete the picture.

For more info on the ReelAbilites Film Festival.

For more about Ben Stamper. 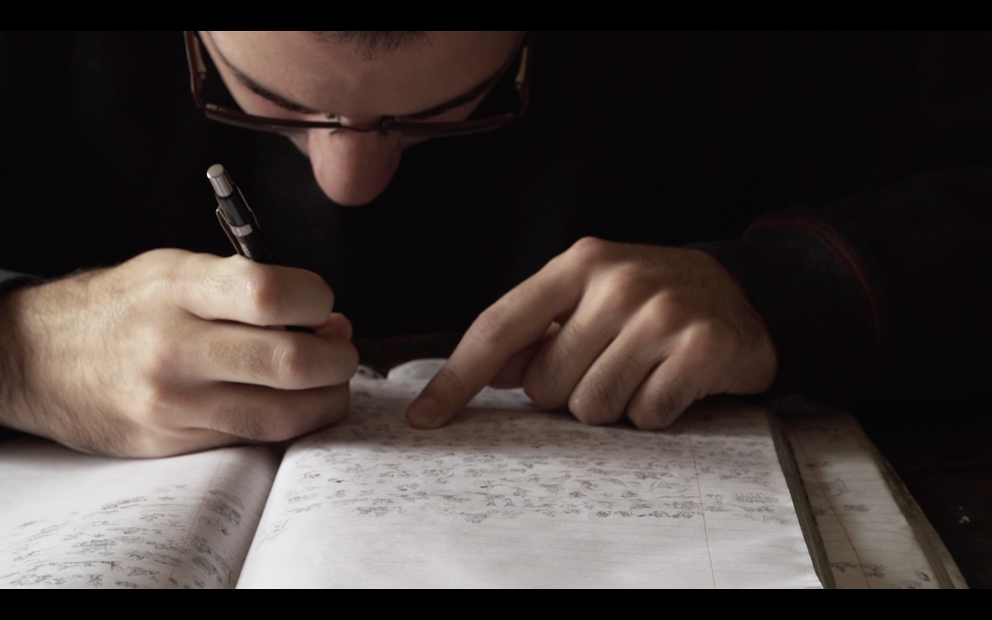 THE MARKSMAN – A Review by John Strange