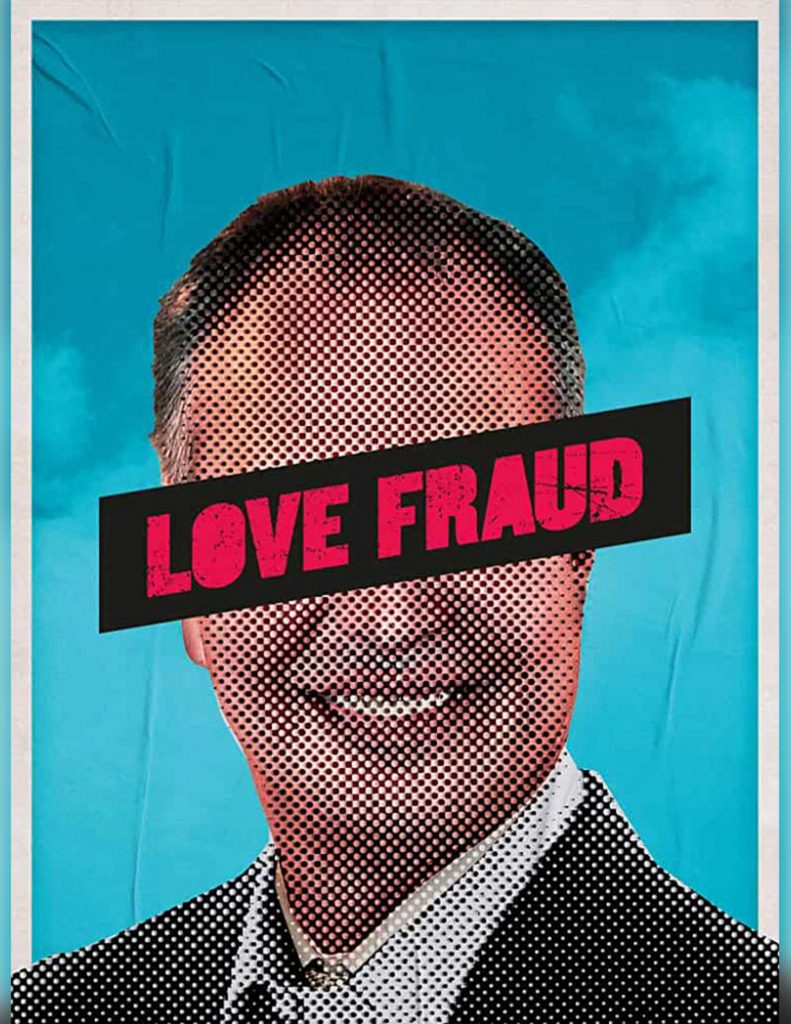 Love Fraud had its World Premiere at the Sundance Film Festival on Day One, Thursday, January 23, 2020. Marking the first time, an episodic series was programmed on opening day in festival history. That should give you an idea of how good this docu-series is. The first episode airs this Sunday, and I guarantee you will be hooked and wishing the next episode wasn’t a week away.

Love Fraud is a four-part limited documentary series that follows (in real-time) a con-man who is on the loose and the dynamic women determined to put him behind bars. Your jaw will drop open when you find out about the bigamy, identity theft, fraud, and worse attributed to the charming Richard Scott Smith. Over a span of twenty years, he used internet dating to prey upon unsuspecting women searching for love. Conning them out of their money, dignity, and trust in men. But now his victims have banded together using a blog on the internet to exchange information. They, along with bounty hunter Carla, are determined to seek sweet revenge.

The filmmakers of 2006’s Oscar-nominated documentary Jesus Camp, Heidi Ewing and Rachel Grady take viewers on a bizarre, engrossing ride through the twisted mind of a criminal and the chaos he leaves in his wake. Their use of animated graphics from the opening sequence and sprinkling throughout the series really helps tell this story of a real scumbag. Some of the illustrations are absolutely stunning. They reminded me of the stuff from 1969’s Monty Python’s Flying Circus television show, but much darker. And the cinematography by Alex Takats sets the stage for the women to tell their stories. He’s a long-time collaborator with the co-directors of this film.

As the four episodes go on, I was surprised how much crap Richard got away with. Just when you think he can’t get any worse, he surprises you with how genuinely vile he can be. As I watched this series, I got to the point that I even wanted to find a shovel and a bag of lye with his name on it to give him the ending he truly deserves. This is a great series to watch with your friends and talk about the next day over coffee.

I give Love Fraud a 4-star rating. It will surely make you think twice about online dating.