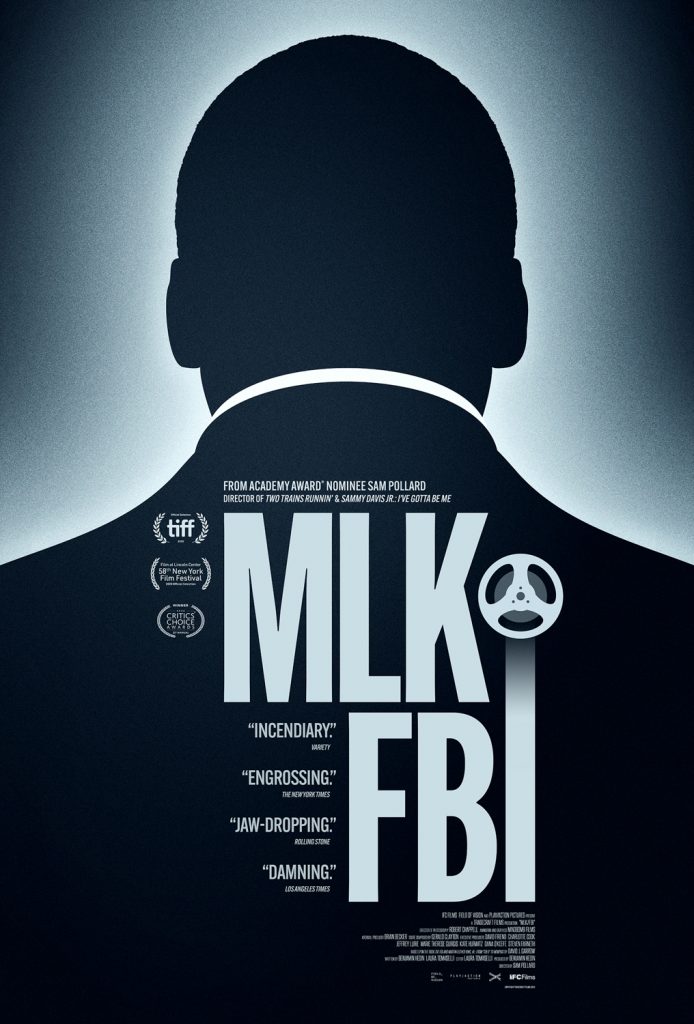 MLK/FBI – A Review by Cynthia Flores

Watching this new documentary from director Sam Pollard is a great way to remember Martin Luther King this holiday. There have been many documentaries and feature films about this great leader of the civil rights movement: some boring and a few award-winning. MLK/FBI will probably be in the award-winning category.

What makes this new film stand out from the pack is its source materials. MLK/FBI is the first film to uncover the extent of the FBI’s involvement with King. It’s over the top surveillance and harassment of Dr. Martin Luther King Jr. while working with the Southern Christian Leadership Conference. Based on newly discovered and declassified files and utilizing a trove of documents obtained through the Freedom of Information Act and unsealed by the National Archives, the film deftly tells this tragic story.

The film’s use of restored footage goes further than just showing us the government’s history of targeting Black activists. It also gives this presentation of a fair portrait of a great leader a spark. The restored footage’s magic is that it brings Martin Luther King Jr. to life and shows the young leader’s intensity, fear, and hope that flashes across his face. It somehow manages to make him a tangible real person. It adds flesh to a historical icon usually only seen in jittery old footage or larger than life statues.

MLK/FBI features interviews with key cultural figures, including former FBI Director James Comey. His insider’s take on what Edgar Hoover’s FBI did to discredit Martin Luther King Jr. is insightful and illuminating. At the end of the film, we are told that in February 2027, all recordings of the wiretaps and bugging of rooms that the FBI did regarding Martin Luther King Jr. will be eligible for release. Including the recordings of sexual encounters King had with his mistresses. People in the film have mixed emotions on what good releasing those tapes will do. I guess that will be left to the next documentarian to decide.

MLK/FBI is a straightforward documentary and a timely reminder that the struggle for racial justice is not over. We still need to hear Kings’ words that call for action in the continued fight for equality. It shows the power and the need for legal, nonviolent protest.

I give MLK/FBI a 4.5-star rating. Because it shows how King was a man who helped change the world for the better despite his faults.