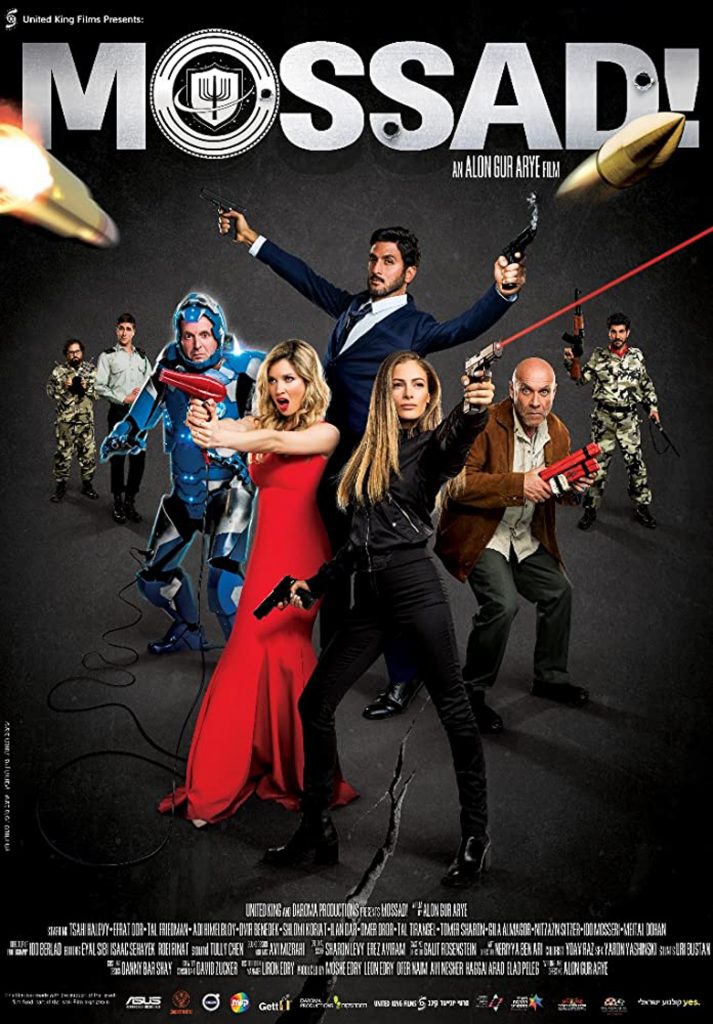 MOSSAD – A Review by John Strange

When we think of the Israeli Mossad, a sense of humor is rarely in the equation.  But then, the Mossad, like its American counterpart, the CIA, is dedicated to protecting the state of Israel from terrorists and other forms of danger.  That is NOT a laugh-inducing business.

Now we have a film from Israel titled Mossad, based on a view of this agency that is just a bit off plumb (okay, WAAAY off plumb).  What I like is that this isn’t a film made by Americans or any other group but by the Israeli’s themselves.  I love that they are able to laugh at themselves, this is a good and healthy thing.

Guy Moran (Tsahi Halevi) plays a Mossad agent who is not cut from the same piece cloth as most of the agency.  The man’s career takes a downturn when he and his partner, Aaron Rahamim (Tal Friedman), fail to rescue the Commander, Shuki (Dvir Benedek).

I could go into a long dissertation about the plot and action inherent in this film but instead will tell you this.  This film is a cross between the best parts of Police Academy films and the best of the Pink Panther series (with a nice steal from the opening sequences of the James Bond films).  We have heroes that should not be able to succeed, and hot women who seen attracted to them.  I see a lot of the venerable Inspector Jacques Clouseau in Guy.

With plenty of action (some slap-stick) plus lots of bad jokes and silly situations, the film, like those it emulates, gives us happy endings all around.  Mossad is not the best film I have ever seen but it IS a fun way to spend an evening!  I give it 4.5-stars on our scale for its humor and action.

And stick around through the credits for some gag-reel outtakes!

Action, Comedy / English (and some Hebrew) with English Subtitles