Music Box Film's Gemma Bovery is a witty revisit of the classic Madame Bovery that opens this weekend along with the suspenseful Escobar: Paradise Lost and the intelligent comedy The Overnight.  Click through for my reviews of all three and a special announcement for Dallas folks regarding The Overnight. 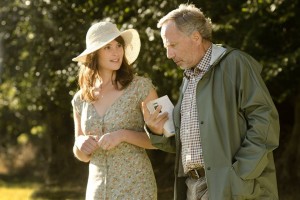 Gemma Bovery is a swiftly paced adaptation retelling that concentrates on the sly witty neighbor, Martin Joubert (Fabrice Luchini).  As the local baker and Flaubert expert helps keep the movie's suspense a main thread.  The film is a more lighthearted adaptation of Posy Simmonds’ graphic novel Gemma Bovery which is a revisit of Flaubert's classic tale.  Without the wonderful performance from Fabrice the film could have falling flat, minus the not-so flat Gemma Arterton still standing out regardless.  Director Anne Fontaine does a masterful job of both utilizing Gemma Arterton's voluptuous beauty as well as to show case a real keen actress.  The scenes between Martin and Gemma are easily the most compelling and really extend the entire Flaubert remake elements.  The twist to the story is nicely handled with it's shock but not really a shock to the fate of Mrs. Bovery. 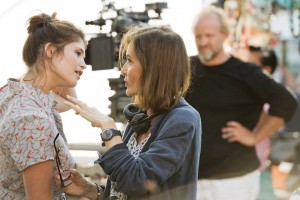 Actor Andrea DiStefano writes and directs this suspense filled slice of Pablo Escobar's infamous life.  Told through the eyes of Nick (Josh Hutcherson) a fictional suitor to a fictional niece of the real-life drug lord legend.  Escobar's reign over the cocaine industry is legendary on it's scope, it's impact and of course it's importance to the world's lexicon.  El Patron is a basically the most well known drug dealer of the modern era and his story has been written, filmed and re-imagined a ton.  DiStefano's ability to showcase a unique time for the leader and still hold together an adrenaline filled race with time is amazingly well conceived.  I was a bit worried with the nifty editing of the time frame, but it fits nicely with the emotional shifts Nick mainly goes through.  Benicio Del Toro is utterly captivating as Pablo especially in the film's introspective moments.  A stand out sequence is shot around and in the bullet riddled car that Bonnie & Clyde were famously shot in.  The real life Pablo Escobar really owned the vehicle and since the film is opening in Dallas, the burial home of Clyde Barrow, it seems fitting to see this one just for that nice Texas fact. 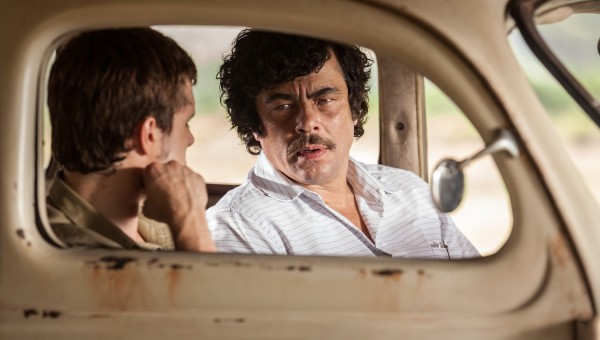 Writer Director Patrick Brice has two films out this week with his horrific CREEP, starring Patrick with Mark Duplass, and the Duplass executive produced sex comedy, The Overnight.  Both films are worth a watch or two.  The Overnight tackles male insecurity in a heartfelt and hilarious way.  Adam Scott plays Alex the not so well endowed lead character who's married to the captivating Taylor Schilling's character Emily.  The cute couple have relocated to LA from Seattle with their young son RJ.  They come across Jason Schwartzman's hipster weird Kurt who's kind dinner invitation turns into 12 hours of amazing misunderstandings, awkward moments and sexual awakening.  Many will talk about the male full-frontal reveals, but don't miss out on the unique look at the beauty of an anus (for real).  The humor is a surprisingly constant and unwavering throughout giving forth a real joyous experience in seeing this quick feature film.  The witty banter between the four adults, actress Judith Godreche's sexy and slightly aloof Charlotte rounds out the foursome well, is worth the price of admission.  Even though the film is over a 24 hour period the amount of true emotions and reality in the characters struggles in life is impressive. You learn a lot from these two couples and you get to see one hell of a fun big penis and little penis dance off.  Next week we'll be posting an awesomely fun interview with Patrick about the film and his earlier work.  In the mean time you can catch Patrick at tonight's two screenings at the Landmark Magnolia.  Details below! 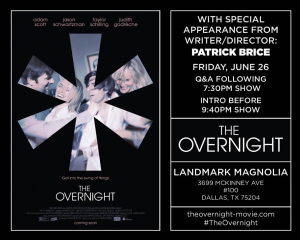 Enjoy the weekend of film.