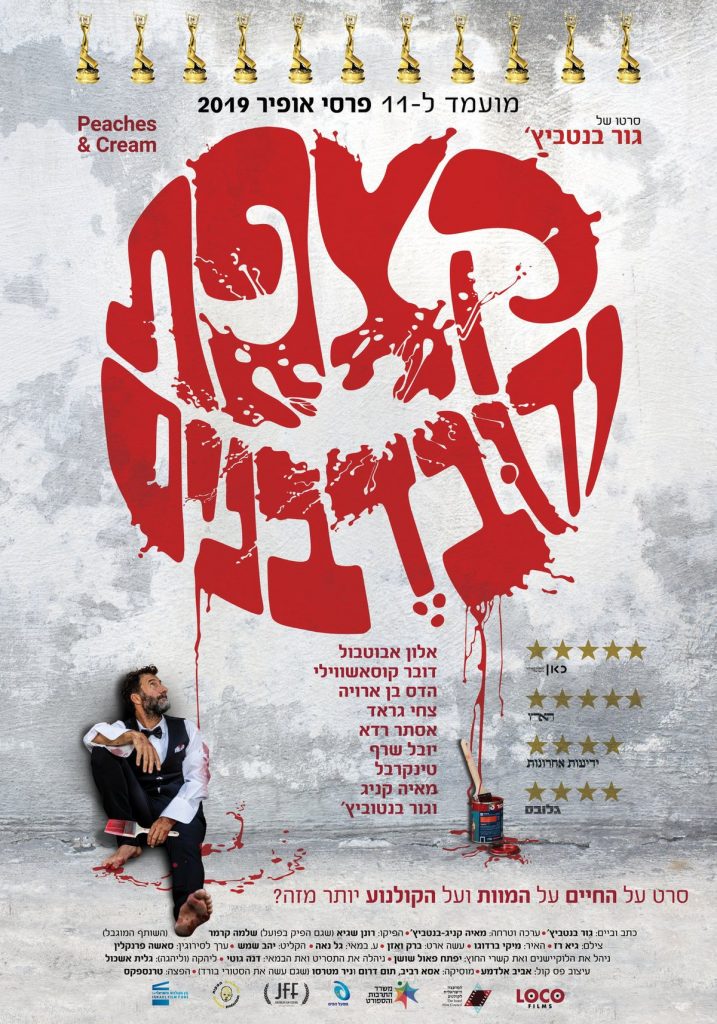 The Israel Film Center Festival, which celebrates its eighth iteration, will be a completely virtual experience this year, running June 7-14. The festival, with an exciting lineup of films and television programs from Israel, will be the second  film festival presented online by the Marlene Meyerson JCC Manhattan since the COVID-19 pandemic hit. Films will be available for 24 hours after their initial screening time (unless otherwise noted) and all will include Q+A discussions with filmmakers and talent. Tickets, which cost $8 per screening, are available now at IsraelFilmCenter.org/festival.

The festival’s opening night selection will be the New York premiere of Gur Bentwich’s comedy PEACHES AND CREAM, in which Zuri Shostack (Bentwich), a neurotic film director, experiences a breakdown on the night his new film is released. Zuri’s fears of failure, death, and losing control rise to the surface and lead to a wild night of hijinks and a series of unforgettable encounters with old and new friends. It is available from 8:30 p.m. on Saturday, June 6, until 8:30 p.m. on Sunday, June 7. The Q+A will be held Sunday, June 7, at 4 p.m.

The festival will highlight new Israeli cinema in a variety of genres. From spoof comedies like MOSSAD (starring Fauda’s Tzahi Halevi), to award-winning dramas like Yaron Shani’s CHAINED, many of the films are the most celebrated new releases.

The festival is made possible by the generous support of members of the community, including Carole Zabar and Ronald Guttman, as well as the Consulate General of Israel in New York, the Department of Cultural Affairs, and many community organizations.

The complete festival lineup is below: