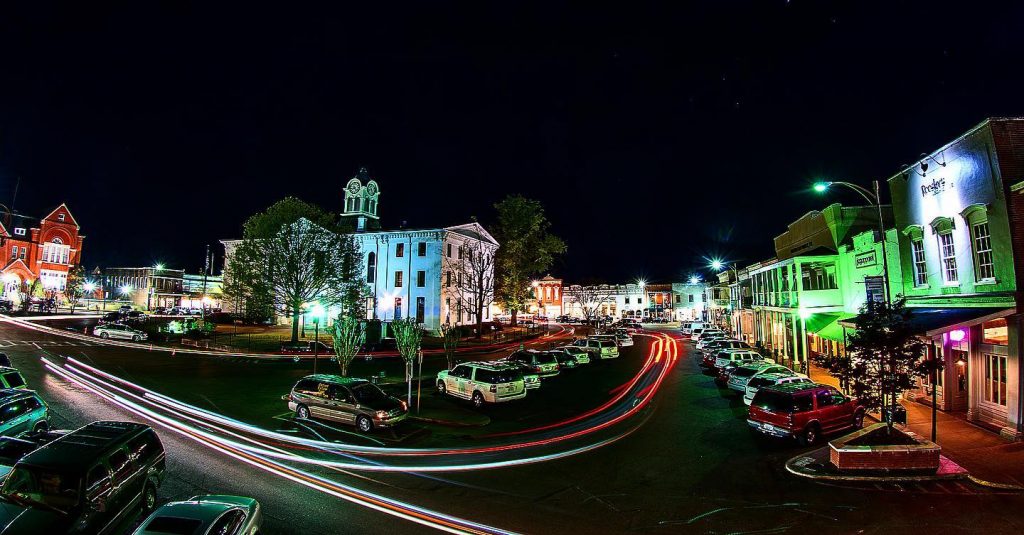 The Oxford Film Festival announced an exciting infusion of new board members and staff, joining Steven T. Case, who recently took the reins as the new Board President, and Robbie Fisher, the Board’s new Vice President. The move comes with the recent adoption of the 2021-2025 plan for the festival including a renewed focus on education and inclusion.

Joining Case and Fisher on the Oxford Film Festival Board are new members Donald R. Cole and Kristina Carlson. Oxford Film Festival’s programming staff has also been bolstered by the promotion of Donna Kozloskie to Director of Programming while remaining in her role as the Documentary Programmer and Greta Hagen-Richardson as the new Narrative Features Programmer.

The moves come on the heels of what could be looked upon as a continuation of one of the most dynamic periods of the film festival’s existence. The Oxford Film Festival was one of the first film festivals to postpone its planned physical presentation due to the pandemic, launching virtual screenings and then adding a drive-in component which didn’t simply replace the planned in-theater film festival, but became a weekly festival for 2 ½ months. OFF to the DRIVE-IN was soon created as audiences enthusiastically embraced the retro feel of seeing popular classics as well as top fest titles on outdoor screens. The festival now operates with the support of Cannon Motors at 100 Thacker Loop every Friday and Saturday. Along with the drive-in, the festival launched OFF at Home with a variety of titles in its rental library to watch on demand at home and a new podcast to discuss filmmaking.

Regarding the state of the organization, Case, said, “The Oxford Film Festival has grown to not just be a cultural and social focal point and driving force for this community and state, but has truly become a vital and invaluable presence in Oxford and Mississippi for film fans to connect and communicate and find common ground through their shared love of movies. I think we all feel like we’re just getting started with what the organization can accomplish and achieve.”

Oxford Film Festival Executive Director, Melanie Addington agreed, adding, “The vitality of an organization like ours is reflected by the membership and the enthusiasm of the Board. And we’ve been fortunate to have a great and dynamic group that stood by us when things looked bleak early in the year due to the onset of COVID-19, and then gave us so much support as we took on those challenges with very new ideas. It’s exciting to now build upon that base with incredible people like Don Cole and Kristina Carlson. I’ve long admired Dr. Cole for his activism in his student years and his stewardship during his tenure at the University of Mississippi. I’m also so honored to have Donna Kozloskie taking on a greater role as Director of Programming with her strong vision of the future of the festival and Greta Hagen Richardson joining us. We truly are just getting started.”

Donald R. Cole is an emeritus administrator and faculty member at the University of Mississippi where in his capacities as Assistant Provost and Associate Professor of Mathematics, he played an active leadership role in policy making, teaching, research, and diversification at the University. He is active in the advancement of his community and interested is sharing its assets with the marginalized and those with silent voices.

Believing that education is the “great equalizer” and the central feature in the prevailing endurance of mankind, Dr. Cole is stern advocate for education, particularly for minority students. He devotes his time and energy to projects and causes that promotes the schooling, teaching, training and guidance opportunities– particularly towards advanced degrees. As he prepares students for future scientific and leadership careers, his classes are known for much more than a venue for learning mathematics, for therein students acquire lifetime professional attributes to be productive leaders of our society.

For more than 30 years, Kristina Carlson, CFRE has guided nonprofit institutions in their efforts to secure major gifts and other resources necessary to make a significant impact. She is a proven leader, an entrepreneur, an author of the best-selling Essential Principles for Fundraising Success, and an in-demand speaker at national and international conferences and workshops. Her experience includes providing counsel on the solicitation of 7- and 8-figure gifts, guiding capital campaigns, comprehensive development planning, coaching non-profit c-level executives, serving on both corporate and nonprofit boards, and leading businesses that serve the non-profit sector.

Donna Kozloskie works coast-to-coast while rooted in the Midwest. In 2010 she toured the globe with a band and a movie which is now in the permanent collection of MoMA (NYC). Previously, she was Head Programmer at the Citizen Jane Film Festival and Media Curator at True/False Film Fest. Currently, in addition to programming for Oxford, she acts as a creative consultant and writer for a variety of film organizations and media outlets, amplifying the world around her through content curation. Donna is also an instructor at the Missouri School of Journalism where she helps to guide the next generation of media-makers.

Greta Hagen-Richardson has been in programming for almost a decade, working toward equity in representation and elevating the contributions of exciting, fresh voices. She is the Lead Features Programmer at the New Orleans Film Festival and a 2020 Film Independent Project Involve Fellow in the Creative Executive track. Hagen-Richardson has contributed to many festival organizations, including the Chicago International Film Festival, True/False Film Fest, and the Telluride Film Festival. She responds strongly to American cinema that comments on changing dynamics in gender, race, and class, particularly in horror, as well as films that consider how people from various socioeconomic strata interact with one another in high-pressure situations.

Next year’s edition of the Oxford Film Festival will take place March 24-28, 2021 in person and April 2021 for the virtual festival. The current plans for that upcoming edition of the film festival will feature a hybrid approach including virtual and drive-in presentations, as well as the prospect of returning to theaters. The call for entries on Film Freeway is open with the early bird deadline set for September 30.

For more information on the Oxford Film Festival, the Weekly Virtual Film Fests, the Oxford Virtual Art House, and OFF to the DRIVE-IN, among other film presentations, screenings, events, initiatives, and news, please go to: https://www.oxfordfilmfest.com.