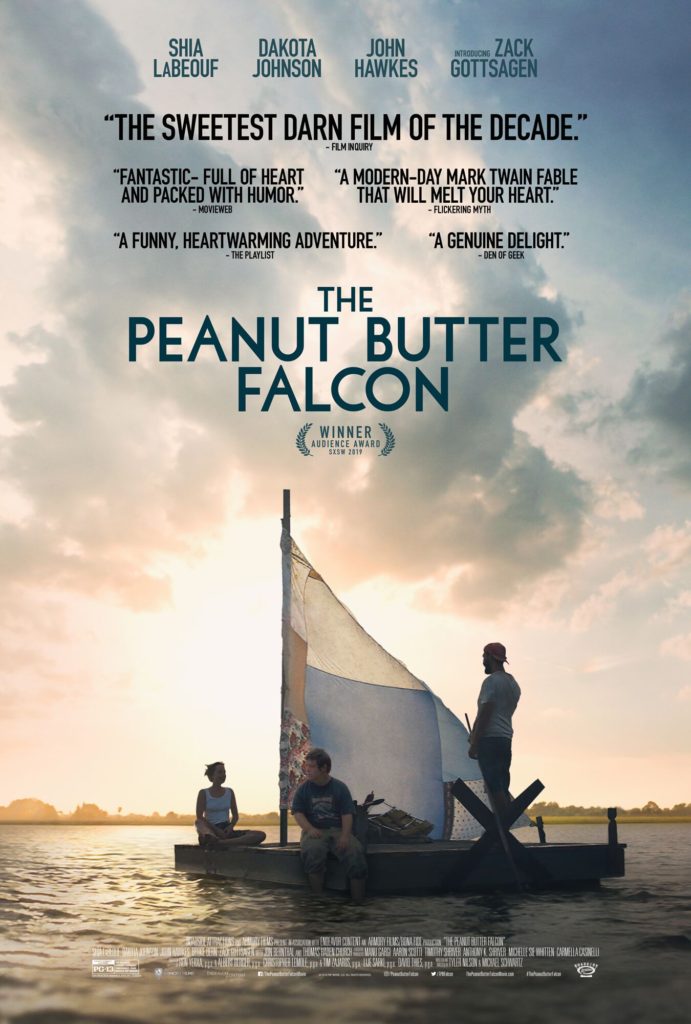 The Oxford Film Festival will be the holidays with a screening of Peanut Butter Falcon on December 28 at the Powerhouse. Special guest Susan McPhail will join the screening for a Q&A to discuss working on the film.

The Peanut Butter Falcon is an adventure story set in the world of a modern Mark Twain that begins when Zak (22), a young man with Down syndrome, runs away from the nursing home where he lives to chase his dream of becoming a professional wrestler by attending the wrestling school The Salt Water Redneck.The film stars Shia LeBouf, Zack Gottsagen and Dakota Johnson. Local actor Susan McPhail also has a role in the film.

“The film had a theatrical release in the summer but was not available in Oxford until now,” Executive Director Melanie Addington said. “We are looking to find ways to start bringing larger independent films to Oxford year round beginning in 2020.”

The film will be at 3 pm and 6 pm. Proceeds go to the Oxford Film Festival. A cash bar will also be available and free popcorn. Tickets are $10. Purchase tickets in advance at oxfordarts.com or at the Powerhouse, 413 S. 14th Street.