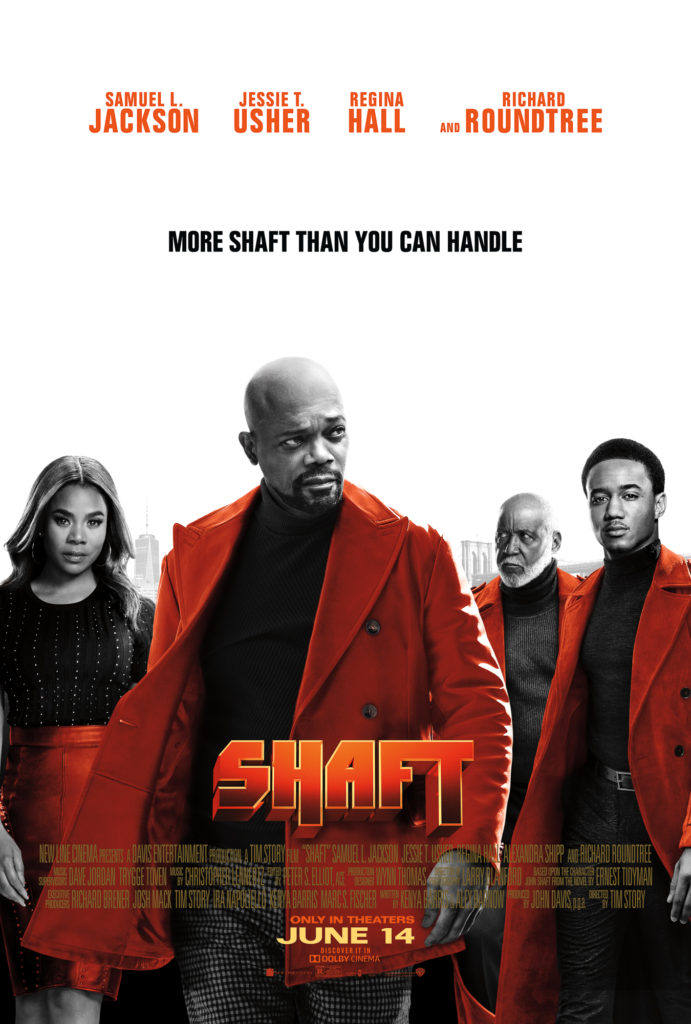 SHAFT – A Review by Hollywood Hernandez

The new Shaft movie is three times as cool as any Shaft movie before it with Samuel L. Jackson, Jesse T. Usher as Shaft Jr. and Richard Roundtree as the original 1970’s Shaft.  Samuel Jackson, at age 60 is still the “black sex machine to all the chicks”, while his son, Shaft Jr. is a “skinny jeans, badminton shoe wearing metrosexual who is a data entry clerk at the FBI (AKA-nerd).  However, father and son are brought together when Jr’s best friend dies under mysterious circumstances and the younger Shaft enlists the help of his father to investigate his death.

SHAFT is a “Blaxploitation film” for the new millennium.  Shaft number two has the oldest, most misogynistic attitude ever had by any movie character.  But there’s a balancing act with the two lead female characters Regina Hall as Shaft’s ex-wife and Dr. Sasha  Arias, played by Alexandra Shipp (who also played Storm in the latest X-Men movies).

The movie is hilarious with the contrasting attitudes of all the characters.  Samuel L. Jackson is the biggest draw of the movie with his constant humor and his ability to handle any situation that may arise with the bad guys in the movie.

The movie reaches a great climax when Shaft and Shaft Jr reach out to “Grandpa Shaft” for support in the biggest scene in the movie.  At the age of 77, “Grandpa Shaft” is still a force to be reckoned with and his scenes are hilarious as well.

Shaft is a move you have to see this summer, with plenty of action, adventure, and non-stop humor.  The movie runs 1 hour and 51 minutes and is rated “R” for language, sexual situations, and violence.  That Shaft is one bad, shut your mouth…then we can dig it!

On my “Hollywood Popcorn Scale” this summer blockbuster gets my highest rating; a JUMBO (with extra butter)!