Film Icon Martin Scorsese's latest film, SILENCE, dives into the harsh world that was seventeenth century Japan.  The story revolves around two Jesuit priests journey to find their missing mentor and propagate Catholicism.  Click through for my review of this epic 3 hour film.

The celebrated director’s 28-year journey to bring Shusaku Endo’s 1966 acclaimed novel to life.  SILENCE tells the story of two Christian missionaries (Andrew Garfield and Adam Driver) who face the ultimate test of faith when they travel to Japan in search of their missing mentor (Liam Neeson) — at a time when Christianity was outlawed and their presence forbidden.

It has taken decades for Marty Scorsese to bring Endo's book to the big screen.  For a figure that has always been connected to his religious upbringing we've seen the impact in his films.  Whether it's the moral elements that come forth from the violence of his gangster films or the childlike innocence in his youthful endeavors like Hugo, Marty's religious beliefs have always been under the surface.  Sometimes they have conflicted with his characters actions, but the iconic filmmaker hasn't shied away from his own past.  His own demons have been brought up and his films' have even been demonized.  Take his religious based films like The Last Temptation of Christ or the slightly understated Kundun and you see religious groups who have attacked him.  Silence is a film that shockingly should bring together his detractors and his beloved fans.  Not because he finds any profound truth, but instead makes a film that is all about belief.  Belief in hope and belief in future.  The Jesuits constant pursuit to put for the word and the Japanese constant pursuit of their religion through the horrors inflicted on them is amazing to witness.  Even the Inquisitor and his men are strong in their beliefs that this western religion will damn their world.  Silence bridges the gaps of Marty's previous takes on God and belief by giving us a film that doesn't try to answer which side is right.  For each character there is their own truth.  Silence is a powerful moving film that will make you debate your own views.  I spent days arguing the merits of the film even though I had my issues with certain sequences.  That power to create debate through your film is exactly what a filmmaker should hope for.  Scorsese's films always have this ability, but Silence seems more profound and important for it's debating elements.  A film that you need to see just to test your beliefs and views.  Not necessarily to change your mind, but rather to allow you to expand your views.

Incredible Cinematography from Rodrigo Prieto & Thelma Schoonmaker's precise editing are truly the powerful touches that make this film wonderful. The way in which fog engulfs the movie and creates a perfect "cloud of darkness" vibe which sets the stage for this tough odyssey.  Fog and smoke are both present and are interestingly connected to the elemental ways death is used by the Japanese.  Fog from the ocean fits in connection to the water based deaths.  The fire deaths create incredible smoke sequences that mirror the film's usage of fog throughout.  No matter the beauty or harshness of the landscape Prieto and Schoonmaker's work highlights the way in which our natural world is utilized to inflict terrible horror.  This film masterfully melds death and nature without making either connected to each other.  It is the humans that create the pain of death and use nature for it's power.  The drownings, infernos, blood based attacks and the overall pain felt by the persecuted is completely impacted by the beauty of nature's qualities.  Nature and death forever connected by the religious persecutions is a creative thoughtful filmmaking choice by Scorsese and his team.

Check The International Trailer for elements of that beautiful cinematography and editing in the film.

Now the performances in the film are also super important. Garfield and Driver are both ambitious and reckless through the early part of the film, but the level of pressure leads to very different paths.  Garfield gets to shine brighter as his role is by far the more leading man role, but Driver's eventual demise is maybe more thought provoking and powerful.  Though Garfield's journey is hugely important it's hugely impacted by the loss of all his connections along the way.  The Japanese actors are the real treat of the film.  They way in which they are obviously doomed and used as pawns to create doubt in the Westerners is heartbreaking throughout.  Just when you think the pain can't get worse or more painful, Scorsese/Endo finds a new low way to kill these folks. Yoshi Oida's powerful role in particular has the most heart wrenching death.  He fought so hard and yet his broken body is such a terrible sight it creates the damning feeling that remains throughout the film.  Scorsese never lets up and he shouldn't.  Garfield's journey has to be difficult and tough.  But the the film's third act really tests belief because it gives rationality to the argument.  The mystery of Liam Neeson is completely realized in his transformative nature when we meet him in the third act.  He is not a lost soul, but rather a man who conformed and changed.  His 180 is so perfect a test for Garfield and ultimately leads to Garfield's dramatic twisting changes.  Now the ending does a great job of questioning all of this and that is the brilliance of the story.  Even when you think you have heard the truth, or the voice of God for that matter, you are still possibly mistaken.  You have to choose a side because Scorsese doesn't seem to allow the film to give you a final verdict and thus the reality of religion.  We just don't freaking know!  Now I sort of wished Scorsese didn't give us the voice of Jesus to Garfield, but it's such a powerful moment it's hard to deny it's moving effect. But the one character that truly stands out is our psedo Judas figure.  Kichijiro is not only our drunken fool of a guide, but all of his actions lead to Garfield deeper journey into the heart of this Japanese darkenss.  His bertrayals become more damning and painful.  But his choices are hard to argue, who doesn't want to live.  Judas is a figure that is never allowed a chance to defend or repent.  He didn't get to say sorry old buddy.  Kichijiro is almost an argument that he shouldn't be given another chance, but that is completelyl opposite of the Jesuits belief in forgivness. Yosuke Kubozuka's performance as Kichijiro is worth watching the film alone. Overall this film is acted incredibly well and should be marveled at that ability to keep intrigue through all 3 plus hours.

Don't miss this film.  Go see it and then push others to see it as well.  Debate and discuss! 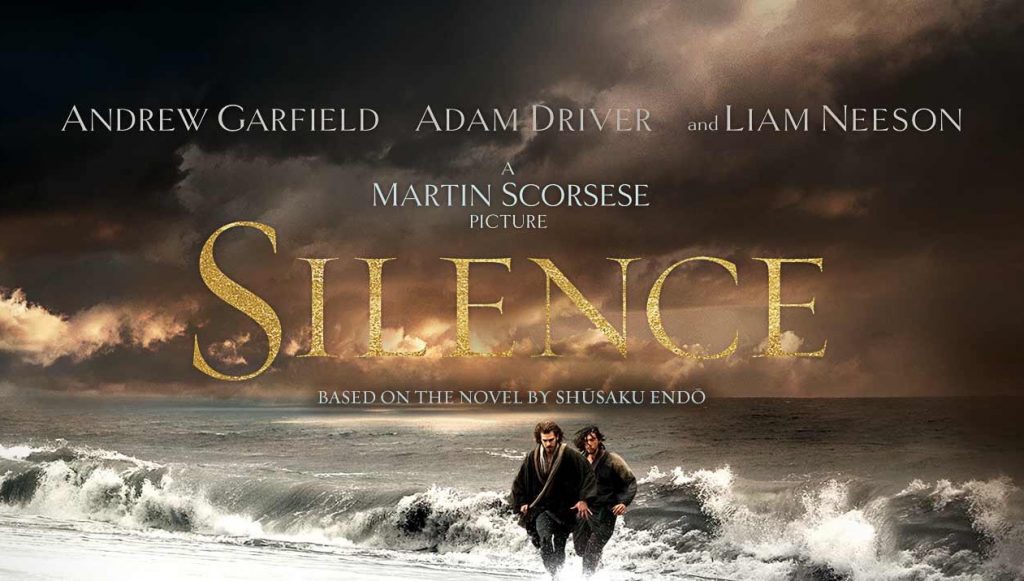 Written By
Gadi Elkon
More from Gadi Elkon
Ok so that video is a bit old, but who isn't excited...
Read More