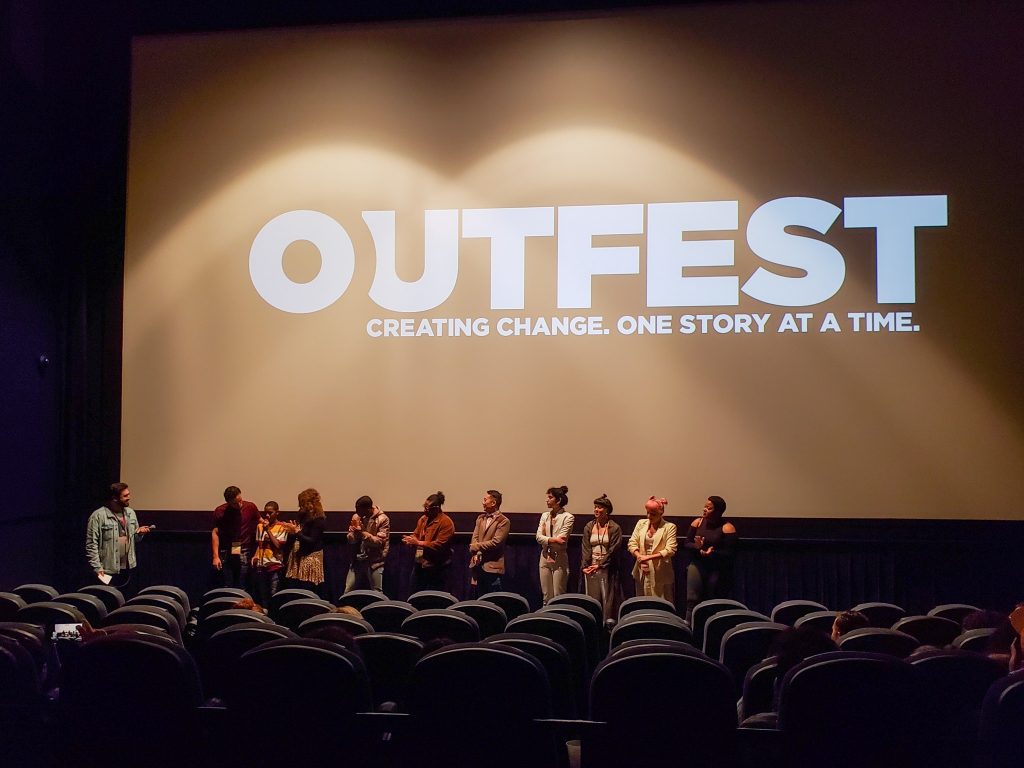 The premiere North American LGBTQ film festivals: Frameline (San Francisco), Inside Out (Toronto), NewFest (NYC), and Outfest (Los Angeles), today announced their commitment to supporting LGBTQ film and filmmakers across their markets through the formation of NAQFA: the North American Queer Festival Alliance. This alliance will work collaboratively to produce, present and expand initiatives and programming while offering support to the LGBTQ film festival sector in the US and Canada. The announcement was made today by the Executive Directors of each festival, James Woolley of Frameline, Andria Wilson of Inside Out, David Hatkoff of NewFest and Damien S. Navarro of Outfest.

The Alliance’s first collaborative event will be a live Conversation and Celebration with the talent behind DISCLOSURE, a documentary that was acquired by Netflix after its world premiere at the 2020 Sundance Film Festival, that explores the history and visibility of transgender people in films and television. DISCLOSURE will be available worldwide on Netflix beginning June 19, 2020.

“We cannot imagine a better community launch than what NAQFA has created,” says Director Sam Feder and Executive Producer Laverne Cox on the event. “We are so deeply honored that DISCLOSURE was selected by NAQFA for their first event. DISCLOSURE was made with a new world in mind, which connects deeply to this moment. The social uprising we are witnessing now is about how a community has systematically been oppressed by those in power and with more privilege. Trans people, especially those Black and Brown, know this experience intimately. DISCLOSURE, a documentary chronicling the history of trans imagery on screen, underscores how patriarchy, white supremacy, settler colonialism, and capitalism further oppresses our most marginalized. We want DISCLOSURE to be of use within the current uprising and to reach communities who need to see it the most.”

“Netflix’s acquisition of this vital, beautiful, game-changing documentary – which centered trans people and trans voices in all elements of its creation –  is a cause for celebration for us all,” says Andria Wilson, Executive Director, Inside Out. “Our organizations have a shared mission: supporting LGBTQ film and filmmakers. Through the formation of this alliance, and using our collective voice to champion DISCLOSURE, we are entering a new era of collaboration.”

“I’ve seen first-hand the power that industry alliance organizations like NAQFA have had on their member organizations in times of struggle, hardship and uncertainty,” says Damien S. Navarro Executive Director, Outfest. “Launching NAQFA alongside the powerful messaging of DISCLOSURE sends a clear statement to the industry that we are mobilizing to enact real change through our collective amplification of our voices.”

“The formation of NAQFA allows us to leverage our collective knowledge, access and resources to assure that our festivals and filmmakers continue to grow and thrive,” says David Hatkoff, Executive Director, NewFest. “Though each organization has a unique history and serves its community in a singular way, we all share an unwavering commitment to the power and importance of queer stories, and believe we can accomplish great things for artists and audiences by collaborating in this new way.”

“Film Festivals are an irreplaceable part of our cultural landscape — they build community, they support our storytellers, and they are inherently agents of change. Our curators find new and undiscovered voices telling stories that need to be seen, allowing us to better understand our world,” says James Woolley, Executive Director, Frameline. “For the LGBTQ community, film festivals have, and continue to be a necessary safe place to come together and to see our lives reflected and affirmed. As with so many cultural institutions, COVID-19 has forced us to look at how we need to change and innovate in order to fulfill our missions.”

NAQFA are working together to plan additional events in 2020, and will continue to advocate for and support LGBTQ filmmakers through their respective festivals.