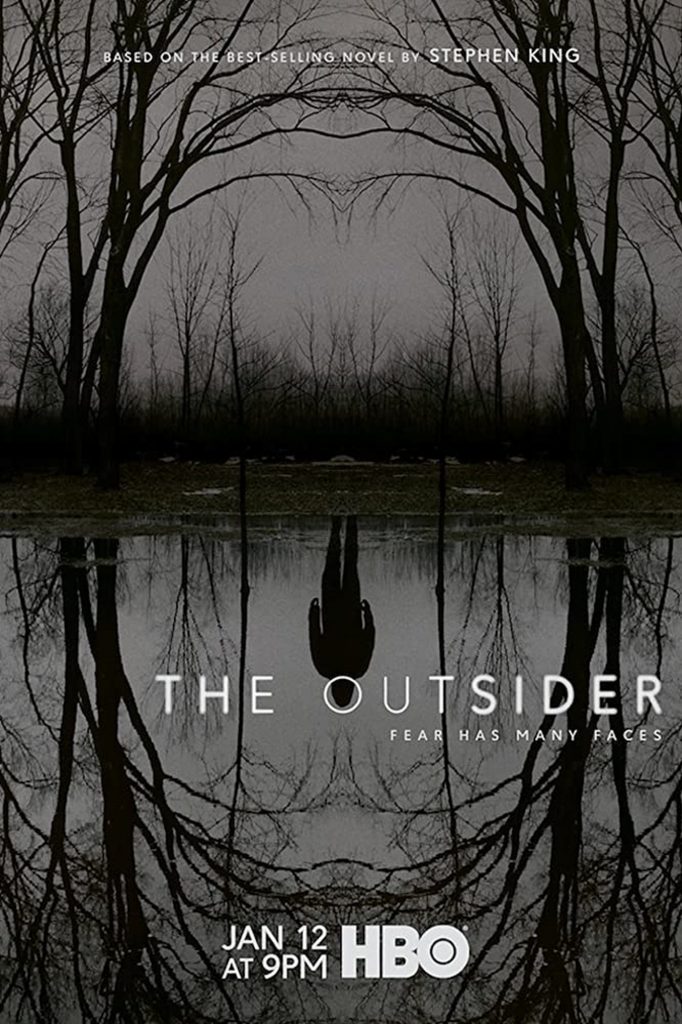 THE OUTSIDER: SEASON 1 – A Blu-ray/DVD and Digital HD Review by John Strange

Defense attorney, Howard Salomon (Bill Camp), and his investigator unearth proof that Terry was over sixty miles away at the time of the death.  It starts to look like a battle of the CSI’s until you remember that the author of the supporting novel was none other than Stephen King!

This series starts off a murder mystery, albeit a gruesome one, but as the evidence mounts and the investigator hired to follow that trail, Holly Gibney, delves ever deeper, the story evolves into something that could have been in the tales from the Brothers Grimm… or, you know, a Stephen King novel.

As the savant, possibly autistic, wunderkind investigator, British actress Cynthia Erivo does an excellent job of portraying Holly Gibney as she works her way through the leads despite the dangers involved.  This cast is a brilliant collage of talented actors and actresses who deliver a story that is riveting and suspenseful without the excessive gore and violence seen in too many contemporary horror/suspense stories.

Stephen King has given the show’s writers a story that is complex yet at its core there is a very simple question, “How can a man kill someone and yet be seen somewhere else miles away without involving evil twins or some such artifice”.  The story examines the fairy tale/folk tales of evil creatures who snatch and eat children.  Whether called El Cuco, The Baba Yaga, or whatever, this evil has existed across the centuries and is found in nearly all cultures.

The story is well presented and does credit to its fine cast.  The extras (one of my very favorite parts of any Blu-ray offering) are decent.  They are set up to allow you to watch them a few at a time as you watch the episodes.  What made me sad is that most of them rehash the same statements and stories from the cast and Mr. King.  I mean, they may be good but they get to feeling repetitive as you watch them in order.

While the season is a strong 5-star offering, the extras only rate 3.5-stars.