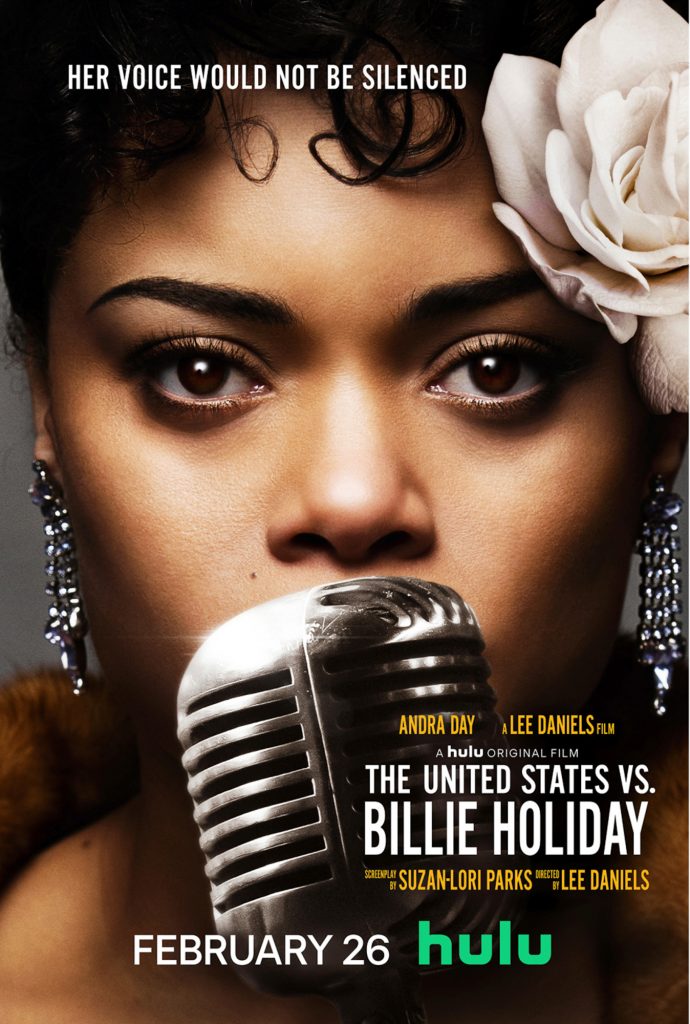 THE UNITED STATES VS BILLIE HOLIDAY – A Review by Hollywood Hernandez

If a movie keeps you entertained, I consider that a good movie. However, if a movie teaches you something you didn’t previously know or affects you on an emotional level, I consider that movie to be stellar. The United States VS Billie Holiday is a stellar movie.

The movie tells the story of Harry Anslinger’s personal crusade to bring down Holiday because of one song she usually closed her show with each night called, “Strange Fruit.” The song was a subtle protest against lynching in the United States. Although “Strange Fruit” made no direct mention of lynching it had a haunting melody and was an obvious socially conscious song which was based on a poem written by a white New York poet who was horrified after seeing a picture of a lynching. “Black body swinging in the Southern breeze/ Strange fruit hanging from the poplar trees.” “Strange Fruit” became Holiday’s signature song.

The song was so offensive to Anslinger, who was the head of the Federal Bureau of Narcotics, he became obsessed with jailing Holiday, to the point of pursuing her all the way to her death bed (where he still tried to arrest her).

Trevante Rhodes plays Jimmy Fletcher who was a real-life narcotics agent. Rhodes is a conflicted character in the movie who gets close to Holiday, and then betrays her when he arrests her for drug possession, and then becomes her lover after she is released from prison one year later.

Andra Day, who plays Billie Holiday, doesn’t just play the character. She seems to channel Holiday’s spirit, really getting into the essence of the singer with a drug addiction and a troubled past where she was forced by her mother to have sex with men starting at the age of 10. Day also sings the Billie Holiday songs in the movie. While no one can be Billie Holiday, Day does an incredible vocal performance, interpreting “Lady Day’s” songs.

The movie, while not rated, is an adult film that shows nudity, sex, and drug use. The United States VS Billie Holiday is showing exclusively on Hulu.

It’s a timeless story that is still relevant today. In 1918 a federal anti-lynching bill was introduced in the senate. The bill failed to pass. As of January 21, 2021, the Senate still hasn’t passed a bill to make lynching a federal crime.

On my “Hollywood Popcorn Scale” I rate The United States VS Billie Holiday a JUMBO!