In this intimate yet epic love story filmed over two decades, indomitable matriarch Fox Rich strives to raise her six sons and keep her family together as she fights for her husband’s release from the Louisiana State Penitentiary.

Fox Rich’s amazing journey to keep her family on the right path and still connected to their incarcerated father is truly heartbreaking.  Director Garrett Bradley allows Fox’s tremendous tenacity and strength to absorb every scene.  Footage ranging over two decades jumps back and forth through that time frame to slowly explain the difficult circumstances of the Rich family.  Through all the constant sorrow in Fox’s husband’s case never being reevaluated her mothering quality is on full display.  Her children don’t just survive the harsh nature of single-parent living but thrive.  The young boys become thoughtful and sound men who show the true power of a mother’s love.  Bradley’s film isn’t a typical “jail” film and we rarely get a chance to interact with Rob Rich, outside of the occasional collect calls.  Instead we follow Fox’s odyssey to free her man.

The actions of the Rich couple as teen bank robberies isn’t fleshed out, but rather the terrible sentence bestowed on Rob.  Bradley through Fox relays how a single bad day in the couple’s young life put Rob behind bars for 60 years without parole or a chance at probation.  The Louisiana Penitentiary system isn’t blatantly attacked by the documentary but the ridiculous sentencing is a haunting reminder of the rightful fear many black families in our country deal with.  Ava Duvernay’s Oscar nominated 13th documentary is the macro take on the horrible truth of incarceration rates of black men vs all others.  Bradley’s doc is thus the micro take on this sad fact and it’s through Fox Rich’s life we see the day-to-day impact on those left outside the prison.  Both documentaries are incredibly powerful and worthy of needing to be added to school curriculums if not spoken more about in society.  Duvernay’s film opened our eyes to the radical truth while Bradley allows us to slowly digest the emotional turmoil.

The final 30 minutes of the film is the catharsis we need.  Rob Rich’s eventual release is steeped in such powerful emotion.  We witness this strong family finally reunited and the raw reality hits hard.  Bradley doesn’t spruce up the scenery but allows the tears and hugs to happen.  A beautiful musical background is the perfect subtle companion to the silent images.  As Rob finally sees his young boys as men now he gets to openly grieve what the system took from him.  Fox’s stoic breakdown is earth shattering as this rock of a mother finally can embrace her long-lost love.  No matter your feelings on the merit of prison this film tests your empathy towards an emotionless system.  The frustration and constant pain we are witnessing proves that the massive institutions are only effective in ripping our humanity apart.  TIME may of course refer to the length of Rob’s sentence but after watching this documentary it’s meaning shifts drastically.  We are left wondering the Time lost to Fox, Rob and of course the kids.  But more than that the extended family and friends that stick by Fox.  Even those that are left behind in the struggle for Rob’s freedom.  TIME hits so much harder than just the years of pain but the generational chasm of an entire people.  Not just Black people but all races and the poor world that riddles the penitentiary system.  TIME like Duvernay’s 13th shows how our systems may cause more harm than ever understood.  The Rich family was strong enough, but how many family’s weren’t or aren’t?

This famous MOMENT from Shawshank Redemption screams in the back of my mind when thinking about this documentary.

But not for the man in prison but rather the family left to fend for themselves.  They have no choice but to live both for themselves and their incarcerated father.

A documentary that easily deserves your notice and hopefully will garner many a deserved award.

One of the best documentary films of 2020 if not the finest. 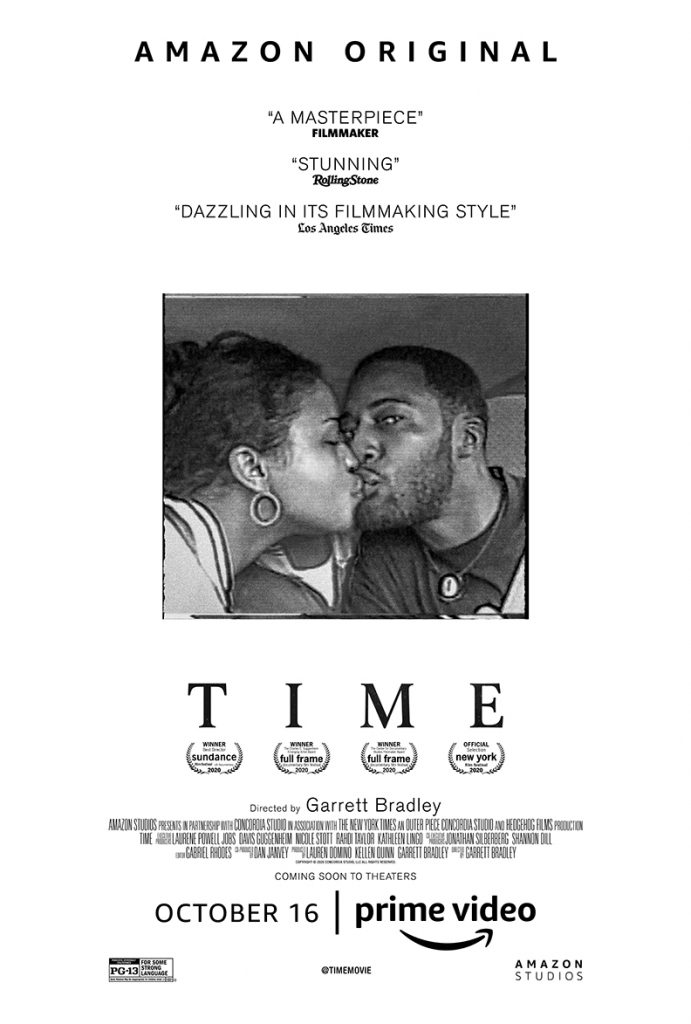