Filmmaker Trey Edward Shults is carving out a wonderful beginning to his career.  His third feature is by far his most expansive project and it delivers on multiple levels or WAVES.  Click through for my review and interview with the talented Writer/Director Trey Edward Shults.

Set against the vibrant landscape of South Florida, and featuring an astonishing ensemble of award-winning actors and breakouts alike, Waves traces the epic emotional journey of a suburban African-American family—led by a well-intentioned but domineering father—as they navigate love, forgiveness and coming together in the aftermath of a loss.

WAVES seems to showcase a masculine story of fathers and sons.  But as I also opened my interview with Trey, I found the film to be truly about a young girl’s coming-to-age.  Taylor Russell is completely captivating as Emily our youthful lead.  There is no coincidence that the film book ends itself with the same bike ride but our impression of Emily (the rider) is completely changed.  A film that looks at parental impact, modern social media driven world and the emotional turmoil that is in all of us.  The range of emotional connections Trey continues to level the audiences with showcases why his film is called waves.  You are always battling the next major wave or change to the story.  That brilliant tactic makes his pacing flow without leaning on being to long, which at 2 hours and 16 minutes could well be consider long.  But the tremendous emotional levels Taylor and her talented castmates reach fully brings you into the work.  Kelvin Harrison JR. and Sterling K. Brown deliver award worthy performances as son and father in our story.  Add in the subtle nature of the talent Lucas Hedges and you’ll be treated to some superior work going on in these 2 hours.

The film’s colorful visual style (DP Drew Daniels) brings out the beauty of the Florida landscape while keeping our characters lit in all their beauty.  There is a tremendous gimble shot to open the film that sets a wonderful beginning to the story.  Mix in an amazing sound mix (Trent Reznor & Atticus Ross) and soundtrack and you’re given a real complete work.  Trey talks about both elements in our interview.

In fact, lets just jump into the chat!!

Trey Edward Shults is a Writer/Director with a powerful voice and someone you need to keep in your lexicon.  It won’t be to long before he becomes untouchable as one of our great auteurs.  WAVES is worth seeing in the theater for its tremendous visual and sonic attributes, but the acting is what will stick with you. 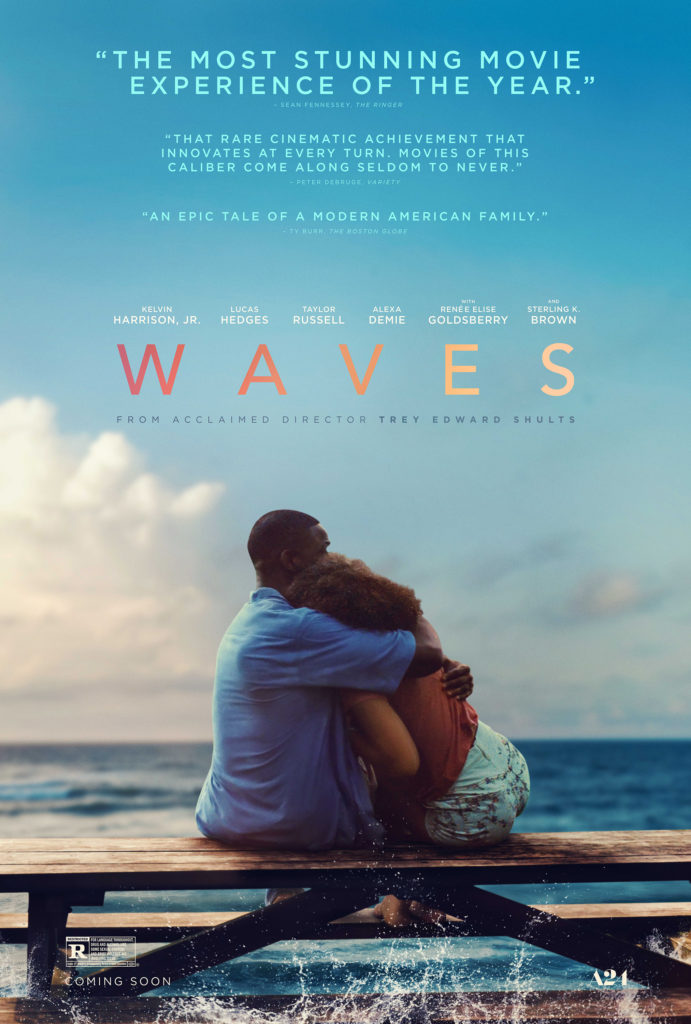