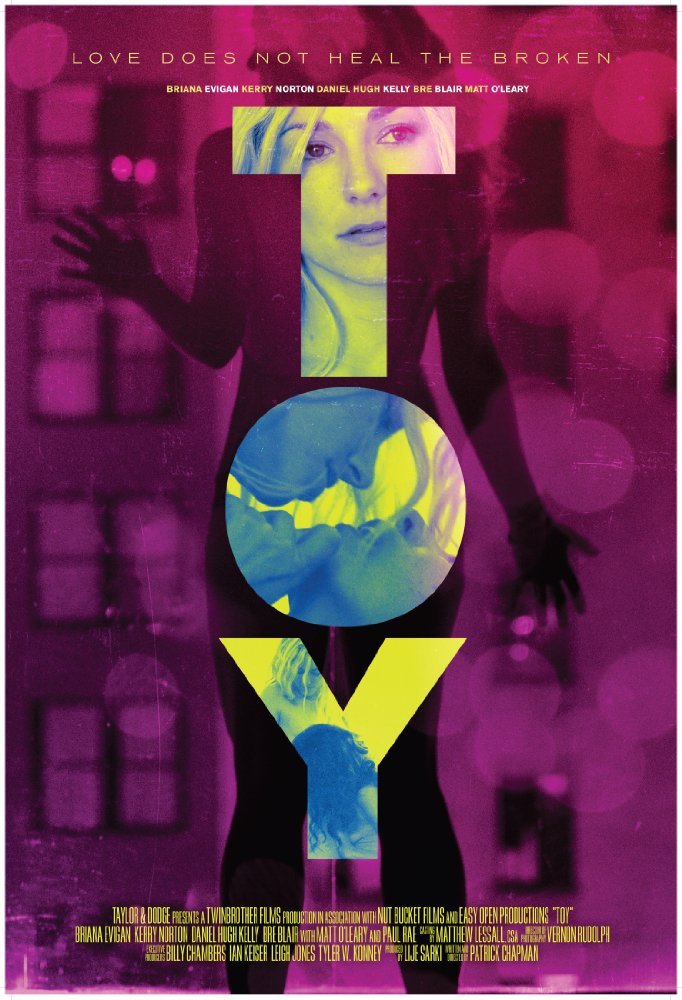 WTxFF Founder and Artistic Director, Justina Walford, said, “There is a baffling enduring myth that women shy away from gritty projects. I aim to shine a light and promote the edgier, more hard core projects of female producers, writers and directors. TOY fits that ambition to a T. Co-written by Alissa Kokkins, co-executive produced by Leigh Jones, and co-produced by Roberta Munroe, the film takes no emotional prisoners. We are thrilled to have it."

Directed by Patrick Chapman, and written by Chapman, Andrew Hanson, and Alissa Kokkins, TOY is the story of a young, wealthy, talented but naive artist named Chloe (Briana Evigan). She inherited not only her late mother's wealth, but also the thing that took her mother's life and which she's desperate to keep secret. Chloe's newest work leads her to Kat (Kerry Norton), a beautiful but aging sex worker. As Kat's career options grow more desperate, and as Chloe fights her own demons, the two women grasp on to each other, offering one another second chances while trying to escape their inevitable decline. TOY shows how sex is given and taken and bought and sold, out of love, lust, pain and desperation, and often just to survive. Briana Evigan and Kerry Norton give stunning, heartbreaking performances as the spiraling couple. The impressive cast also includes Daniel Hugh Kelly, Bre Blair, Matt O'Leary, Paul Rae, and Ana Foxxx. TOY was executive produced by Leigh Jones and Ian Keiser, and produced by Lije Sarki and Roberta Munroe.

Walford was equally enthusiastic about the announcement of WTxFF’s Opening Party theme of “Disco and Donuts” at the Oak Cliff Cultural Center to celebrate the screening of GIRL ASLEEP. Produced by Teresa Nguyen at the RED iD Agency, the party will combine two of the themes from GIRL ASLEEP to create a uniquely fun and celebratory event kicking off WTxFF. “Every film festival has parties and galas, but we wanted to actually incorporate the film that everyone would have just seen and enjoyed into the party that follows,” Walford said. “GIRL ASLEEP is so inspired and fanciful, and it was simply obvious to extend the themes in the film to the following party. We are beyond fortunate to have Teresa come on board to put this party together because she is in a class by herself when it comes to these events. And dammit, I love donuts.”