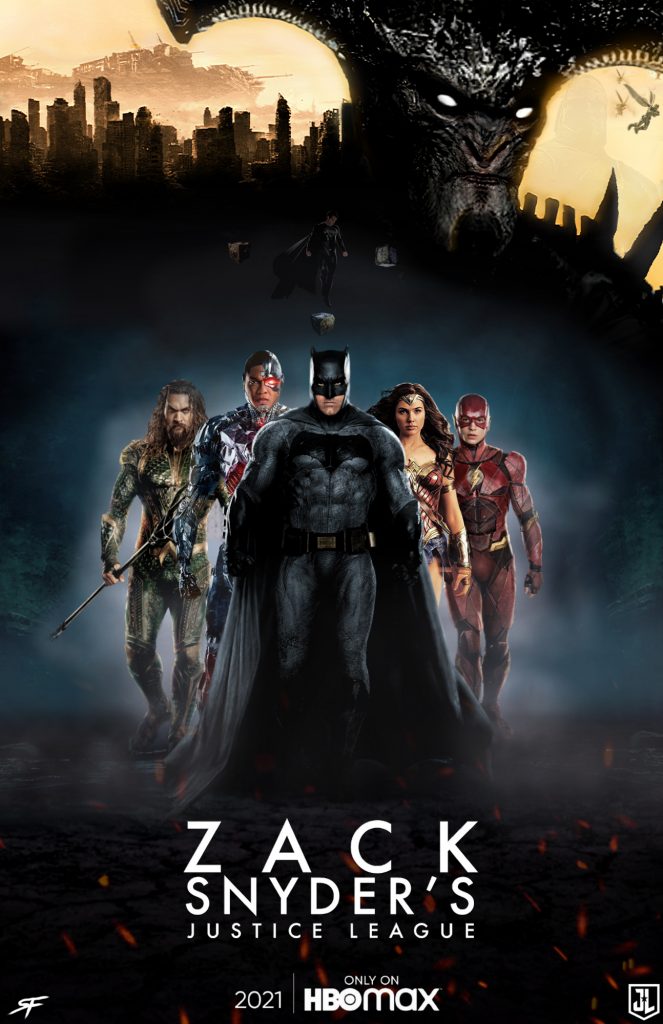 The first thing I wondered about the HBO Max movie was who is this Zack Snyder who gets his name in the title of the movie? He’s a successful director who directed some big box office hits like the original Wonder Woman, 300, Man of Steel and Dawn of The Dead.

However, for Snyder his previous DC Comics movies have been universally panned, especially his 2016 effort in Superman Vs Batman and 2013’s Man of Steel. For this DC Comics movie, he takes his time with the story and the end result is a 4-hour movie. 4 hours of superheroes and supervillains fighting it out and flying gets old after a couple of hours. Let me just say no movie should be 4 hours long.

In the movie Batman. Wonder Woman, Aqua Man, Cyborg and the Flash are all reunited to save the world from a super bad, bad guy, Steppenwolf, who has catastrophic plans to end the world.

Justice League is actually the original version of the Justice League movie from 2017 and there are some good things about the movie. With the extra time Snyder gets in more back story about two of the minor characters, Flash and Cyborg. But four hours is simply too long for any movie.

The movie is divided into parts so I would recommend taking a break after a few hours and coming back to watch the second half at a separate viewing.

The movie is rated R for violence and on my “Hollywood Popcorn Scale” I rate Zack Snyder’s Justice League a MEDIUM.