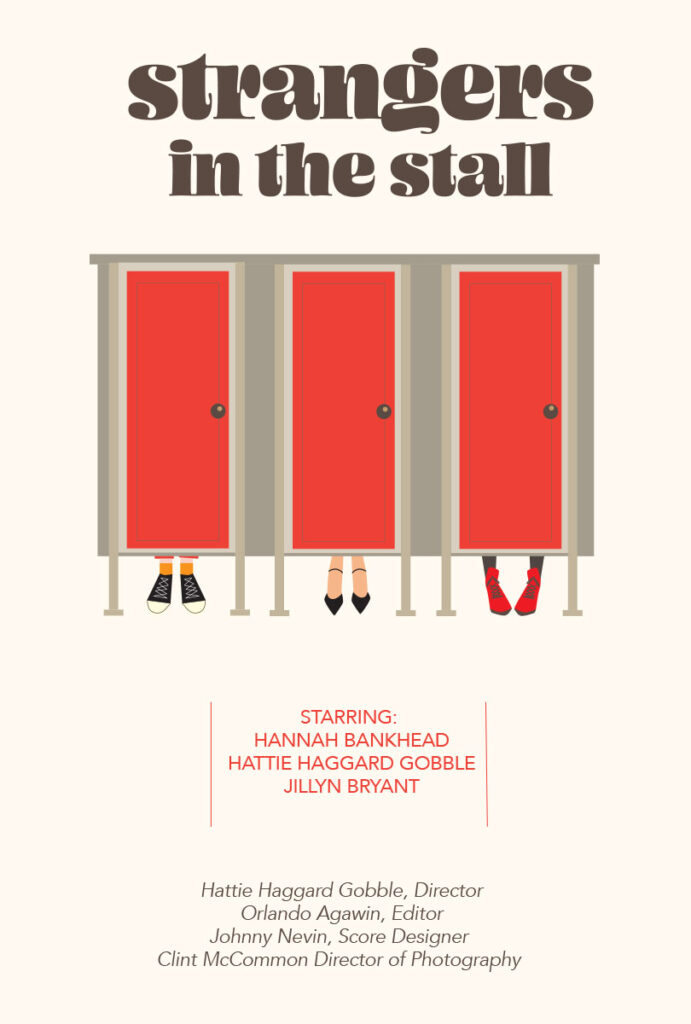 The 2020 Louisiana Film Prize announced the 20 finalists who will compete for a $25,000 grand prize (the world’s largest cash prize for a narrative short film). The 9th edition of the award-winning Louisiana Film Prize will be take place virtually this year with viewing and voting online open, for the first time ever, to an international audience. The grand prize winner will be determined, as in past years, via a rare combination of voting from audience members and judges comprised of film and industry veterans, tastemakers, and celebrities.

“The Louisiana Film Prize and the winning cash prize has become an ever-growing international draw for burgeoning indie filmmakers around the world. Not even a global pandemic could slow down the enthusiasm and participation for this year’s Film Prize,” said Gregory Kallenberg, Founder and Executive Director of the Film Prize Foundation. “This year will be special because people from around the world will be experience this one-of-a-kind event.”

In May, the Louisiana Film Prize expanded its “shooting zone” from Northwest Louisiana to the entire state as a response to the COVID-19 pandemic to assist aspiring filmmakers in their efforts to film their stories and be eligible to compete in this year’s event. With 13 of the 20 finalists hailing from the state, including; Baton Rouge, Bossier, Metairie, Monroe, New Orleans, and of course, Shreveport, it is clear that many filmmakers took that opportunity and ran with it.

In addition to the numerous Louisiana residents vying for this year’s $25,000 check, the class of 2020 includes filmmakers from Dallas (Suzanne Racz/BAKED POTATO NIGHT), Los Angeles (Michael Landry/NICE TO MEET YOU) and Hannah Dorsett (BECKY’S BIG CATCH), Washington D.C. (Abigail Kruger/GREEN’S ALLEY), and London (Hattie Haggard Gobble/STRANGERS IN A STALL). Each of those filmmakers (among numerous others) made the trip to Louisiana to shoot their films so they would qualify for the Film Prize competition.

Film Prize’s rare hybrid film festival and film competition will also see another notable change this year as the virtual presentation will allow for a wider international audience with an extended schedule to allow more film fans to view the films, vote, and participate in an event that last year saw more than 5000 film lovers descending upon Shreveport to be a part of one of the film festival circuit’s most popular weekends.

The event has made an undeniable yearly impact on both filmmaking in Northwest Louisiana and the local economy (the Film Prize has brought in over $4 million in economic impact for the area) achieved by encouraging filmmakers from around the world to journey to the area to make their films and then return to Shreveport for the film festival/competition itself. This year, while there will not be an in-theater component, Film Prize is actually expected to go to another level with the planned virtual presentation allowing the event to extend its reach, further advertising the possibilities for aspiring film artists all around the world to make the trip, make their films in Northwest Louisiana in 2021 and go for the big check themselves.

In order to qualify for the Louisiana Film Prize, filmmakers created a short film (5-15 minutes) in which the production was shot in the state of Louisiana. In addition to the one $25,000 grand prize winner, the Top 5 Louisiana Film Prize films will receive distribution through Shorts International on iTunes and will also screen at various festivals across the country. Louisiana Film Prize will also distribute filmmaking grants and $1,000 “Best Actor” and “Best Actress” accolades. To date, the Film Prize Foundation has awarded over $475,000 in cash to independent filmmakers.

Tickets to the Louisiana Film Prize are on sale now. Festival sponsorships are also available. Visit prizefest.com for more information.

A CRY FOR HELP
Director: Steven Esteb
When a man of color is convicted of a crime he did not commit, his life and death hang in the hands of a woman too afraid to stand for truth.

AWAY
Director: Anne Nichols Brown
Troubled teenager attempts to save his sister from what seems to be an abusive home.

BAKED POTATO
Director: Suzanne Racz
Twin sisters, Helen and Pete, on the eve of their 80th birthday, endure a test to their lifelong bond when a dapper new resident of their retirement village begins to court them both.

DOUBLE DATE NIGHT
Director: Paul Petersen
Two roommates find the intimate meaning of friendship through the trials and tribulations of preparing a stay-at-home dinner for their dates.

FIND HER
Director: Dexter Duran
A family goes hunting after the daughter to prevent her from revealing a dark secret.

THE GAZEBO
Director: Barry Larsen
To protect the memory of her late husband, Nina George will stop at nothing. She’s a tough nut to crack but she finds an unexpected partner in crime and confidant when she enlists the help of local n’ere-do-well Charley.

GREEN’S ALLEY
Director: Abigail Kruger
In a complicated moment we can forget about those most vulnerable… those we deem unfit. In these times we may also find ourselves escaping with a wild circus of imagination and color.

IMMINENT
Director: Topher Simon
A hardworking, everyday man is startled by an unknown, imminent threat that stands between him and his family.

IN(APP)LICABLE
Director: Cam Owen
After moving from small-town Louisiana to New Orleans, Ted navigates the city through a dating app.

MORIAH
Director: Nathan Tape
In the 70’s in the Deep South, an estranged son is violently reunited with his father against his will. Sometimes we all need a little Mercy.

MS. BLUE
Director: Mary McDade Castille
Ms. Blue, a charismatic elderly woman spends her days sitting on her porch and talking to those that pass by. Some bring pleasantries, others bad memories.

NICE TO MEET YOU
Director: Michael Landry
When a recently separated couple meet up at their favorite bar, the reunion awakens feelings of bitterness and love.

STRANGERS IN A STALL
Director: Hattie Haggard Gobble
With the neighboring help from their fellow stallmates, three distinct women try to overcome their unfortunate, yet somehow predictable, circumstances in the women’s restaurant bathroom.

STUCK IN THE MIDDLE
Director: Eva Contis
When a mother witnesses the racial bullying of her son, she confronts the apathetic principal.

THREE MILE HELL
Director: Jeremy Enis
A haunted man is forced to face the consequences of his troubled past. He will have to walk the Three Mile Hell once again – this time to set things right.

VALUE INN
Director: Ken Burton
A young woman dealing with alcoholism and the loss of her fiancé seeks forgiveness and redemption from his mother in his hometown.

VOUÈE
Director: Christine Chen
A man makes a choice to accept his fate and sacrifice in the name of love.