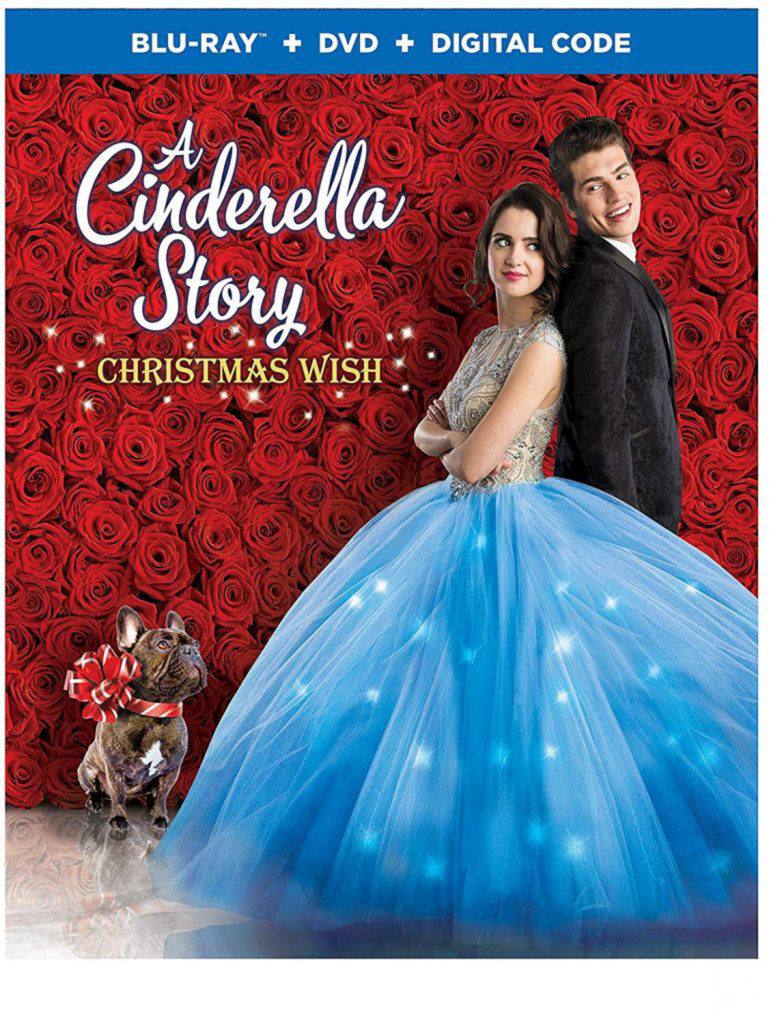 This is the fifth installment in the A Cinderella Story film series.  The first starred Hilary Duff, the second starred Selena Gomez, the third starred Lucy Hale, and the fourth starred Sofia Carson.  Number five,  For A Cinderella Story: Christmas Wish, Laura Marano stars as Kat Decker in an update of the Cinderella story with a Christmas theme.

Kat’s father was a rich world traveler who remarried and then, sadly, died.  The movie begins an undetermined time after the father’s death and a few months short of Kat’s 18th birthday.  The birthday when Kat is scheduled to come into her inheritance.

This is a story that has been told in many ways by many filmmakers, including both animated and live-action shorts and feature-length films.  Two major plot points that MUST be in the story are the good-hearted young girl and the evil step-mother and step-sisters.

Kat neatly fits the part of the good-hearted young girl.  She does all of the menial jobs (cooking, cleaning, errands)at the house she shares with her “steps” while working as an elf to make extra money, money which is always taken by the evil step-mother, Deirdre Decker (Johannah Newmarch).  The two step-sisters are the epitome of spoiled useless teenagers.

This film follows Kat during the last few days before Christmas.  The prince character in this story is the son of billionaire Terence Wintergarden (Barclay Hope), who just happens to own the Santa village where Kat works.  The son, Dominic Wintergarden (Gregg Sulkin) is following a family tradition and working as Santa.

The film is filled with some wonderful musical numbers that have good choreography and fun scenery.  Sadly, while the Kat, Terence, and Dominic characters are solid and well played, the evil trio is written/played more than a touch too over-the-top.  The film stays true to the formula but I found myself flinching more and more often as the story progressed.

The bonus extras are good.  They gave me a nice behind the scenes insight into the film.  While neither of the extras made me love the film, I did gain an appreciation of the work that went into the musical numbers, both in front and behind the cameras.  Watching musical performances by talent who professed their lack of singing and dancing skills in the featurette was eye-opening.  It raised the overall rating a full level on our scale.  Still, the best I can rate A Cinderella Story: Christmas Wish is “SECOND HAND”.

I truly wanted to enjoy the film.  I did like parts of it, but others were difficult to watch.  Some of you will love this film and wonder what the heck was he thinking?  The rest of you will be happy your remote has a pause button.  That little button got me through to the very well done and very satisfying climactic scenes.

Written By
John Strange
More from John Strange
ANT-MAN AND THE WASP – A Blu-ray and Digital HD Review...
Read More