The Austin Jewish Film Festival kicked off its 18th year this weekend and runs through Friday the 13th.   Filmmaker Dani Menkin chatted with our Gadi Elkon about AULCIE, his previous documentaries and much more!

AULCIE tells the inspiring story of Aulcie Perry, a basketball legend who led Maccabi Tel Aviv to an upset win in the European Championship. During the summer of 1976, Aulcie Perry was spotted by a scout for Maccabi Tel Aviv while playing at the Rucker courts in Harlem and was quickly signed to play for their fledgling team. The Israeli players immediately responded to Aulcie’s leadership and that year they had what one Sports Illustrated writer described as “the most extraordinary season in its remarkable history” and what Perry later called “the best nine months of my life.” In 1977, Perry helped the team to its first European Championship, a prize they took four years later again under his leadership.

Dani Menkin chatted with Gadi about the feature doc AULCIE, his previous films, the similarities and difference of fiction vs documentary filmmaking, and his love Paul McCartney.

Here is our interview with filmmaker Dani Menkin.

The Austin Jewish Film Festival runs through November the 13th.

For more information about Dani and his films please go to Hey Jude Productions. 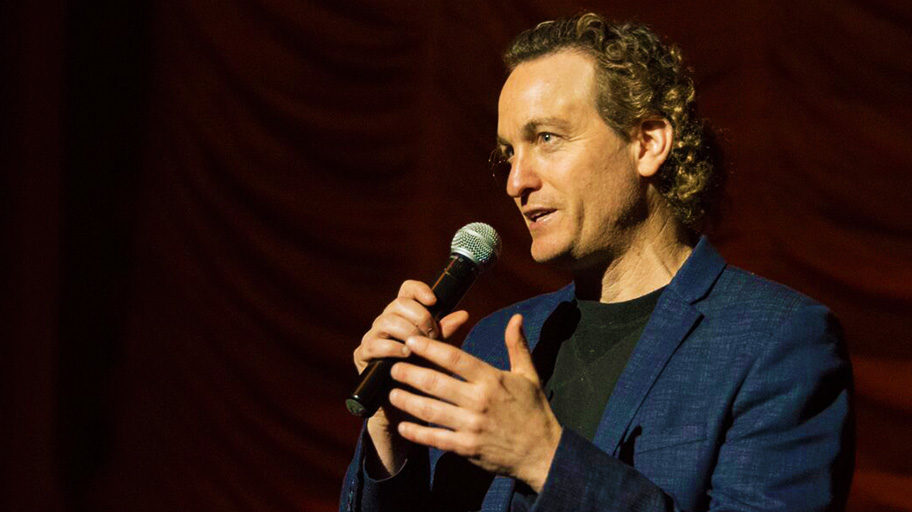