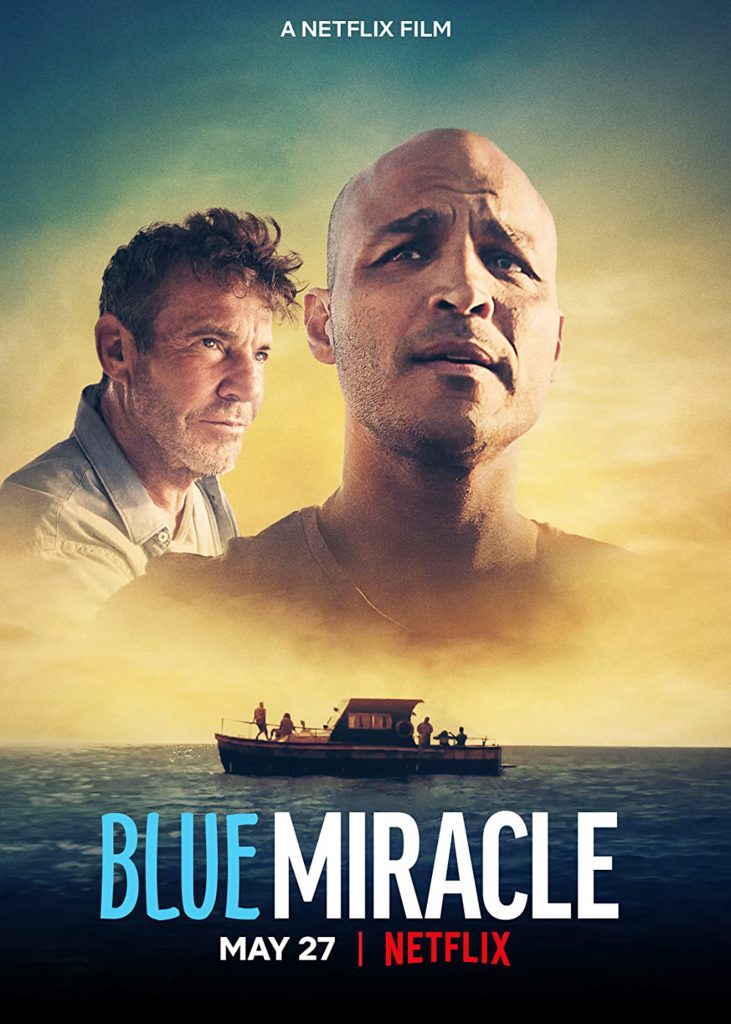 Sometimes you’ve got to come out of the blue to find a miracle, says the tagline of the new Netflix movie Blue Miracle, and that’s exactly what we see in the film. Jimmy Gonzales plays Papa Omar who runs a home for homeless boys with his wife Becca, played by Fernanda Urrejola. Located in the Mexican coastal town of Cabo San Lucas, it is on the verge of foreclosure due to a huge debt owed to the bank.

Omar enlists the help of a crusty old sea captain, played by Dennis Quaid, to help him and his boys win a huge prize in a fishing contest even though none of the boys have ever fished before and Omar has only fished once (and it was a frightening boyhood experience where he almost drowned). Quaid does a great job playing the gruff old boat captain who has won the contest twice before.

The Bisbee Black and Blue Fishing Tournament brings in some of the best fishermen in the world and the young boys had little chance of catching a marlin, much less winning the competition. They were hoping for a miracle.

Blue Miracle is a great family movie with its inspirational story of a group of boys who go way past their limitations to compete against the professional fisherman. It’s also a movie about second chances and how the power of love can create miracles. I really enjoyed the movie.

Blue Miracle is rated TV-14 and lasts about 90 minutes. On my “Hollywood Popcorn Scale” I rate the movie a LARGE.