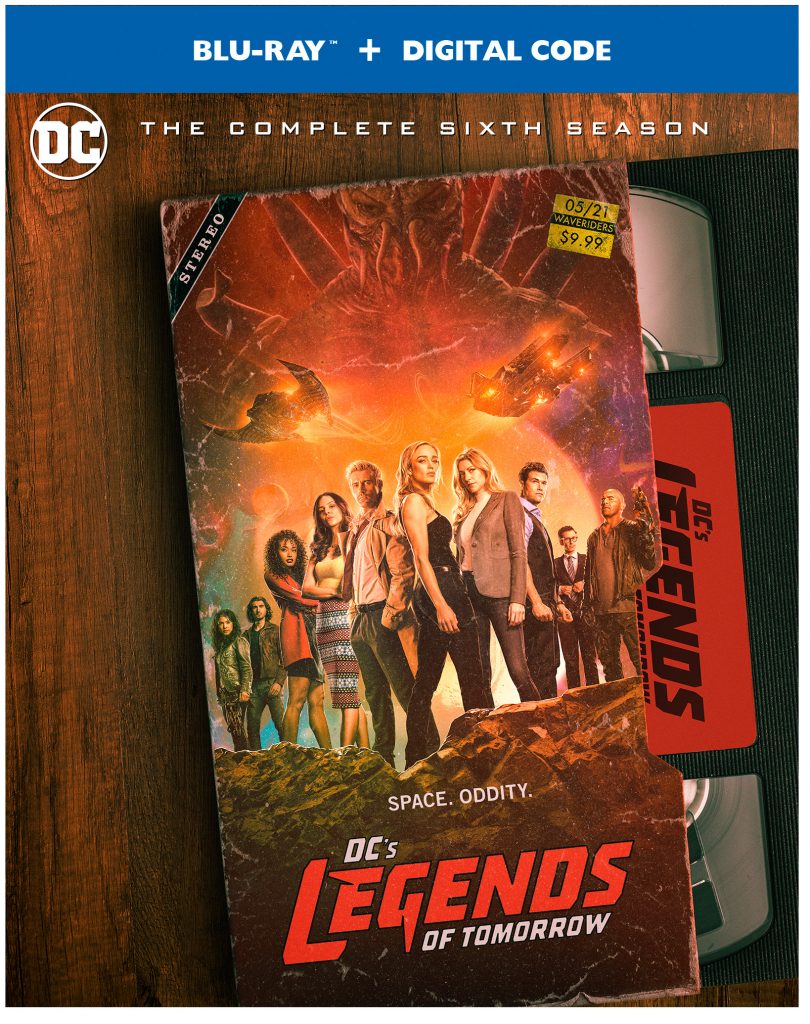 As Season Six opens, Sara Lance (Caity Lotz) has been kidnapped by aliens (the season 5 cliffhanger) and the team is falling apart all the while searching for a way to find and rescue her.

but season six redefines that term!  The places they go, the people (and the creatures) they encounter, all combine for a visual ride through a cosmos filled with chaos and out the other side!

This show constantly changes my idea of what the creators’ and showrunners’ vision might be.  And is that bad?  Nope.  It keeps the writers on their toes, and the viewers experiencing a wild ride that never disappoints.

John Constantine (Matt Ryan) loses his powers and does his typical really poor job of dealing with it.  Can love really guide John back to his humanity?  We’ll see.  And will Gary Green’s return (Adam Tsekhman) be a boon to the team or the harbinger of a chaotic death?

Oh, wait, this is the Legends, not a bunch of pansies.  Of course, they’ll get through it, blowing off (and sometimes blowing away) any problems they encounter!

And now for the bonus extras residing on the three disks!  On each disk reside the scenes deleted from the episodes on that disk.  On disk one, the majority of the scenes are the standard fare of “glad they deleted this one” scenes.  The very last offering is not one I wish had made it but one I am dearly happy it didn’t!

Disk two had more of the “eh” scenes.  Disk three has a gem, a scene I wish could have been shoehorned into its episode!  It might have disrupted the season’s story path, but it says a lot about the two characters.

The Gag Reel is the standard montage of faces, dance moves, and flubbed lines until the end.  They pulled it out with their tribute to the dedication that the cast and crew showed to overcome this season’s challenges plus an “In Memory of…” frame.

The featurette, “VFX Creature Feature” is an excellent look at how they did the visual effects for all of this season’s creatures!  Likewise, the “Animation Split Screen” shows us the line drawings and the completed animation for an episode side-by-side in real-time.  They are very interesting.

Also presented in a split-screen mode, the “Actors Split Screen” featurette shows us the actors and their animated characters simultaneously as they do voiceovers for one of the episodes.

And finally, “Never Alone: Heroes and Allies” is the same featurette that I have reviewed for the Batwoman: The Complete Second Season and Superman & Lois: The Complete First Season offerings.  It’s full of good stuff about sidekicks in the comic books and the CW TV series.

This was a wild season of a show that has consistently been WAY out there.  Here’s to seeing Season Seven as the team continues to evolve and grow on our TV screens!