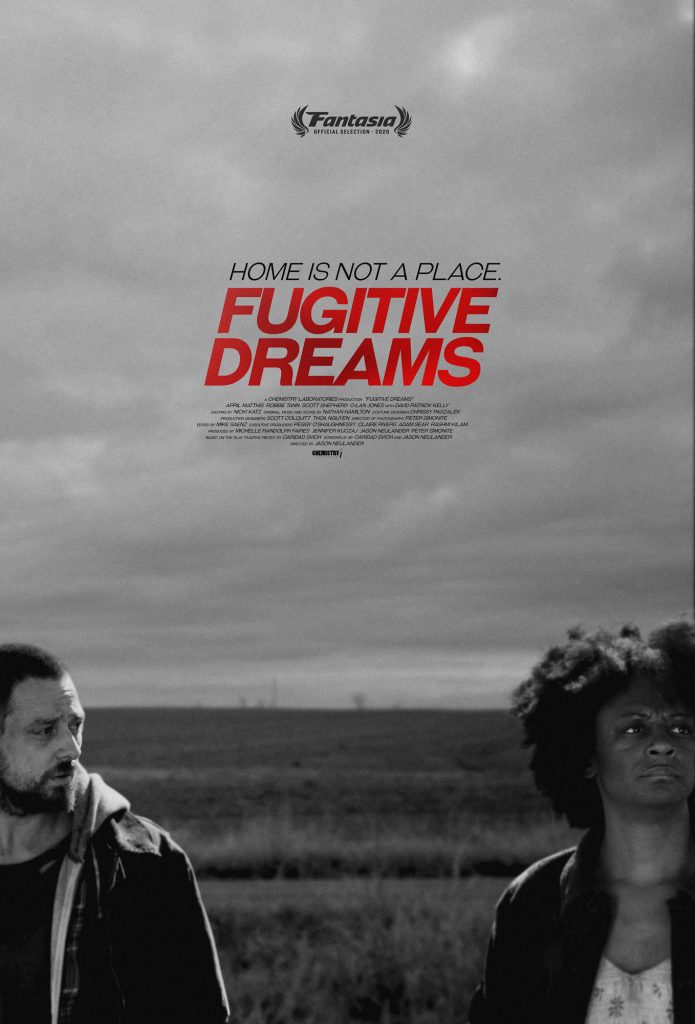 I read the description for Fugitive Dreams and was curious at what film might be hiding behind these words, “ In this allegorical road movie touching on themes of homelessness, mental health, and addiction, two lost souls embark across a dreamscape America. Their darkly strange journey confronts them with their traumatic pasts, and bonds them in compassion and love.”

What I got was a roughly film-noir-ish tale told mostly in black and white of two homeless people, a white man and a black woman.  Their meanderings and wanderings made little sense but were blown away by the weird characters they encountered.  The flash-back sequences were replayed over and over as their story changed.

The principal characters, Mary (April Matthis) and John (Robbie Tann), are two souls in search of personal redemption but their wanderings seem completely aimless.  The people they encounter are highlighted by Providence (O‑Lan Jones) with her screeching instead of talking and Henri Gatien (David Patrick Kelly) the French-Canadian “gentleman” with a nasty way of treating other people.  They were odd in a film laden with odd.

To add more insult to our already addled brains, the film’s apparent era is a mixture of several decades from the 1920s through current day.

This film took a concerted effort to get through, giving me my first 1-star rating since we switched rating systems.