Past and present collide in this supernaturally funny buddy comedy when stoner-slacker Hannah (Melanie Lynskey) is hired to portray Lady Wadsworth (Judy Greer), a Southern belle who died in 1875, in a tour at Wadsworth Manor. Hannah, a hot mess, figures she can fake it —until the ghost of Lady Wadsworth appears! Lady Wadsworth tells Hannah it’s time to change her wild ways — and she’ll haunt her until she does — in this hilarious movie co-starring Justin Long and Ryan Phillippe.

Justin and Christian Long’s witty and hilarious feature film is a buddy comedy involving a stoned felon and a Civil War era ghost.  The incredible cast dives fully into their characters allowing for a well paced film to hit all the right comedy notes.  I found myself giggling throughout and really enjoyed this slice of Southern hospitality meets hazy weed comedy.  And getting to see the talented Melanie Lynskey show her comedy chops is worth your attention!

But enough about the film, which by the way is available on VOD/Digital and in select theaters TODAY, here is my little conversation with the Brothers Long (insert joke here).

Interview with Christian and Justin Long:

For more about the film – LADY OF THE MANOR

For more about the Bros – THE OTHER CABIN

TGIF and go find this film! 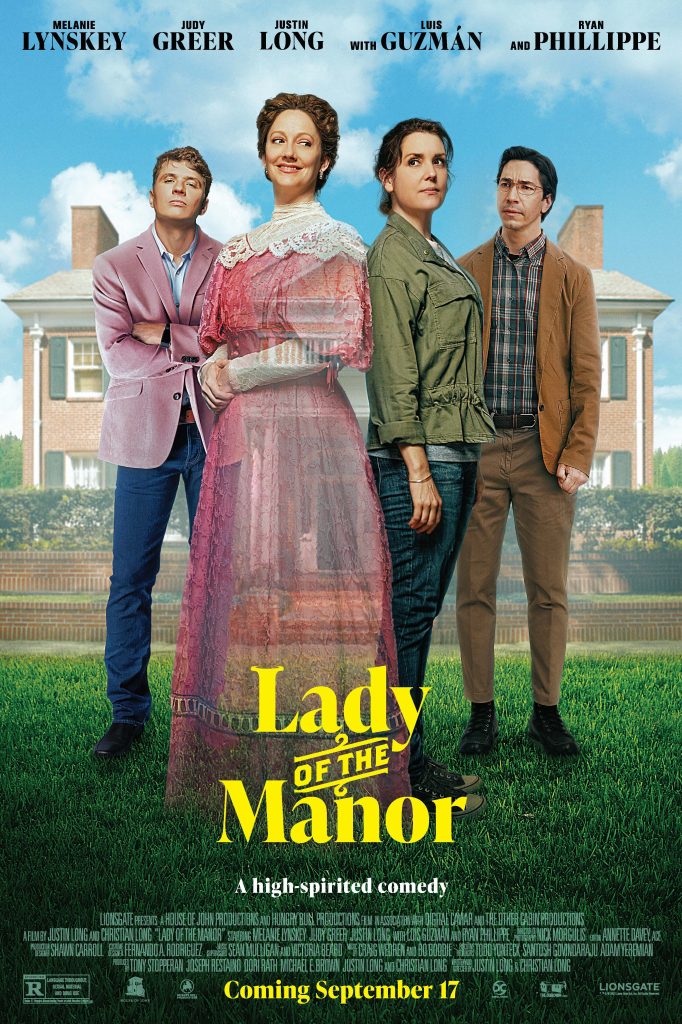