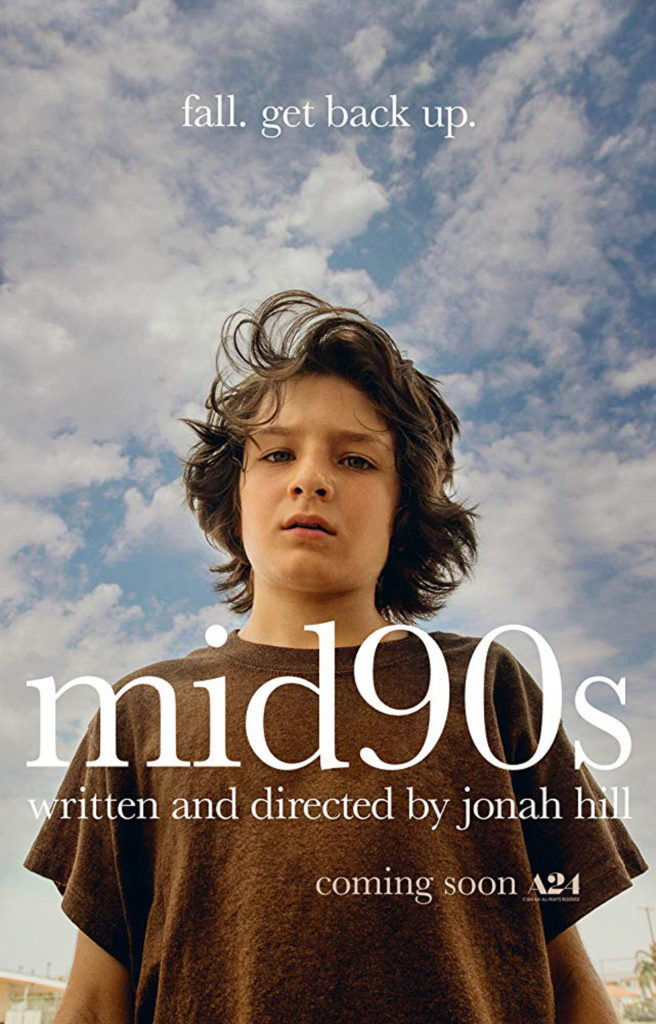 MID90s – A Review by Hollywood Hernandez
MID90s is an obvious labor of love for first time director Jonah Hill.  He also wrote the movie which is a nostalgic look of the iconic culture of the 1990's from Nintendo games to Air Jordans.  Wrapped around the cultural events of the 90's, like "Hulkamania" and "The Teenage Mutant Ninja Turtles", is a very good coming of age film about a 13-year-old boy growing up in Los Angeles.
Stevie, who is played by Sunny Suljic, is a teenager who is living with an abusive older brother and a single mother who likes to sneak in company in the middle of the night.  He finds a group of friends at the local skateboard shop and the skateboarders are better at being friends to the adolescent boy than his own family, but young Stevie also gets exposed to drinking, drugs, young girls and freestyle skateboarding.  The boy is fearless.
When Stevie's mom finally figures out that he's hanging with a gang of older boys she drags him down to the skateboard shop and tells the skateboarders to stay away from her son, but to no avail.  The movie is a time capsule from the 90s, a coming of age movie about a 13-year-old boy and finally, it's a cultural piece that tells the story of young suburban boys growing up in LA.
Jonah Hill does a great job of keeping all the subplots separated and overall tells a very good story.  Basically, the movie is a slice of time in the life of a 13-year-old boy.  Where he's going and how his life will end up is anybody's guess but the 84 minutes of his life that Hill chooses to show is an enjoyable tale about a young boy growing up.  The movie lasts 1 hour and 24 minutes and is rated R.  On my "Hollywood Popcorn Scale" I rate MID90s a LARGE.

OPERATION FINALE – A Review by Hollywood Hernandez   Operation Finale is the true story of the capture of the last Nazi mastermind, Adolph Eichmann….