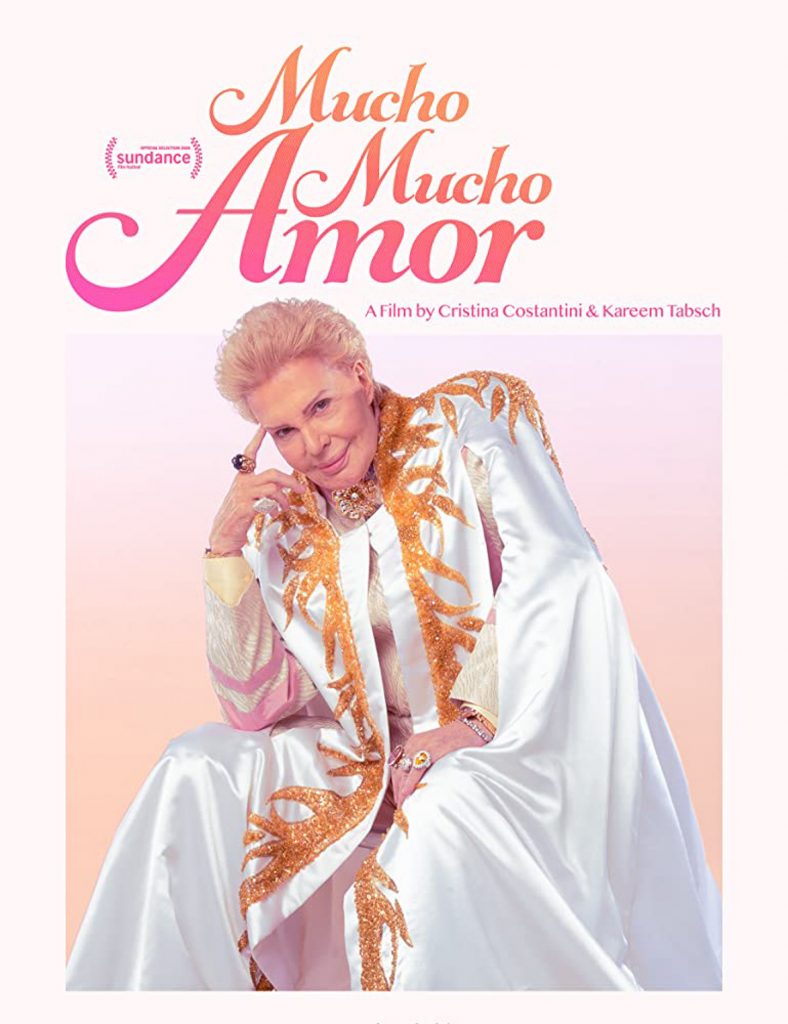 I come from a family that shares a love of movies.  One of the best things we did was sign up for Netflix.  That is because they offer not just narrative films but avant-garde and documentary films.  Especially the documentaries.

Through documentaries, we have traveled all over the world and seen into the lives of so many amazing people.  One of the most flamboyant of these people is Walter Mercado, and the film is Mucho Mucho Amor.

Walter came into this world to humble beginnings, on a farm in rural Puerto Rico.  Early on, it was obvious that he was different than his brother.  Then came the incident with the bird that Walter may have brought back to life.  He became “Walter of the Miracle” and local people started to come to him.

He studied singing and dancing, becoming very well known across Puerto Rico for these talents.  He went on to act in telenovelas, gaining further fame.  He was doing very well with all of this.  Had this been what he did for his entire career, I think he would have been happy.

And then came the fateful day he was asked to give astrology readings in a segment for a well-respected TV show.  He did so well that he was immediately asked back. And went on to become an institution not only in his native Puerto Rico but eventually wherever there are Spanish speakers across the entire planet!

But not all is love and success for Walter.  Not everyone who works with him truly supports and believes in him.  His life takes a drastic turn that becomes a courtroom drama amid lost friendships.

Regardless of any problems that snuck into Walter’s life, his attitude was amazing.  The story, made better for the viewer thanks to the highs and lows, is not about those peaks and valleys but about a man whose attitude and heart win over everyone who experiences his personality.  Ask Lin-Manuel Miranda, a huge fan who listened to Walter’s daily readings with his grandmother as a young boy.  We get to watch this brilliant man, accompanied by his father, get the opportunity to meet his hero, Walter.

This is a well-made documentary that gives us the story of a very dramatic man, loaded with the entire spectrum of emotions.  We get to know the man whose charisma gently took hold of millions of fans and with his caring and charm and made them all friends.  The decision to rate this film a strong 5-stars is totally a no-brainer.  I can’t wait to be able to talk to all of my friends about the film and see who grew up with his astrological readings!