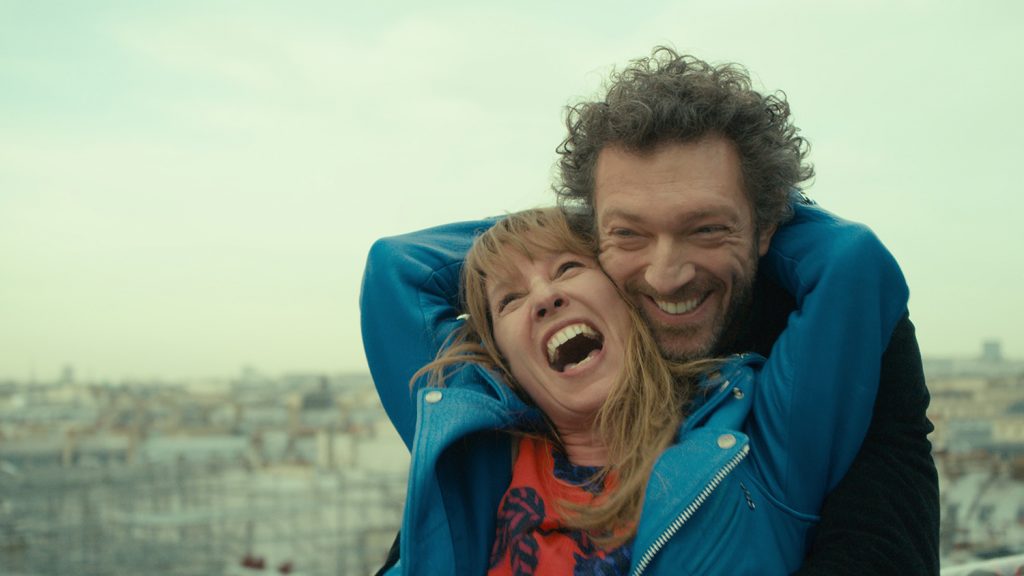 Finally, a movie that actually show marriage and relationships in a realistic way. Quick disclaimer: I’m not married and never have been. But I think it’s pretty obvious that marriage isn’t all great sometimes when 50% of them end in divorce. The challenges of marriage that this film shows aren’t really shown in other movies minus a Before Midnight or other indie film.

This film shines in its ability to use a metaphor to give a deeper meaning to the story that’s being shown on screen. One of the first lines of the film is a doctor acting like a therapist and telling Tony (Emmanuelle Bercot) that she needs to look back in her life. So the film goes back in time to when Tony meets her future husband, Georgio (Vincent Cassel). Almost immediately, we see that these people are from completely different worlds. Georgio is much wealthier than Tony is used to. Her brother, Solal (Louis Garrel), and his girlfriend, Babeth (Islid Le Besco), scoff at his wealth. Tony is obviously interested, but Solal is hesitant to trust Georgio. In describing the accident, Tony says that she was going too fast and crashed. Watching this relationship unfold, that’s exactly what happens when Georgio wants a baby before they’re married. It’s almost a spur of the moment decision for him. There’s several more examples of this metaphor continuing with the past, but I don’t want to spoil it. I actually didn’t think that the jumping between the past and present were too confusing to deal with, but it did require a lot of extra attention to be paid to it. I think that it added an extra dimension to the film that was required in my opinion.

I thought the film looked great and was directed very well. Maiwenn kept the story real and focused despite all of the jumping around in the narrative. I think the best part of the film was Bercot. She won the best actress at the Cannes Film Festival and I think she was very deserving of the award. Bercot showed heart and was hilarious in other moments. I thought that she was believable and had a certain quality to her that made you root for her. I never thought that she had the wrong emotion in certain scenes. It was a joy seeing her dance around or even sobbing because of a tragic event that happened. Opposite of her, I thought Cassel was also great. I will admit that I didn’t think he did as well as her, but that doesn’t mean that he had a bad performance. You can see that he’s a troubled man and his wealth has always bailed him out. When he finally arrives at a problem that money can’t solve, you witness him feel apart. It was entertaining to watch on screen.

The most underrated part of this film is the humor. I wouldn’t have thought that a drama-romance could be so hilarious. I think it’s a movie that you can laugh at alone because the characters on screen are laughing with you. I think it makes the moments funnier and more authentic. The dinner party scenes were especially funny because they were either funny for the characters or so awkward that you felt laughing was the only escape. Garrel was also hilarious because he was so blunt when everyone else around him wanted to beat around the bush. The characters’ reactions to hearing his points were great. I thought that he added the necessary comic relief when necessary.

Overall, I really enjoyed this movie and would recommend it to someone who wants to see a realistic romance. This film doesn’t hold your hand; it shows the real life struggles of people who deal with these problems on the daily. I was surprised by how funny it was and how well the metaphor fit into the greater story. My only problems with the film is that I thought it could’ve said more and the score was largely forgettable for me. These are minor complaints in what I thought was a fantastic film. I think it’s rare to see a romance that shows all of the ups and downs shown. I truly loved the ending of the film and liked how it kept me guessing.