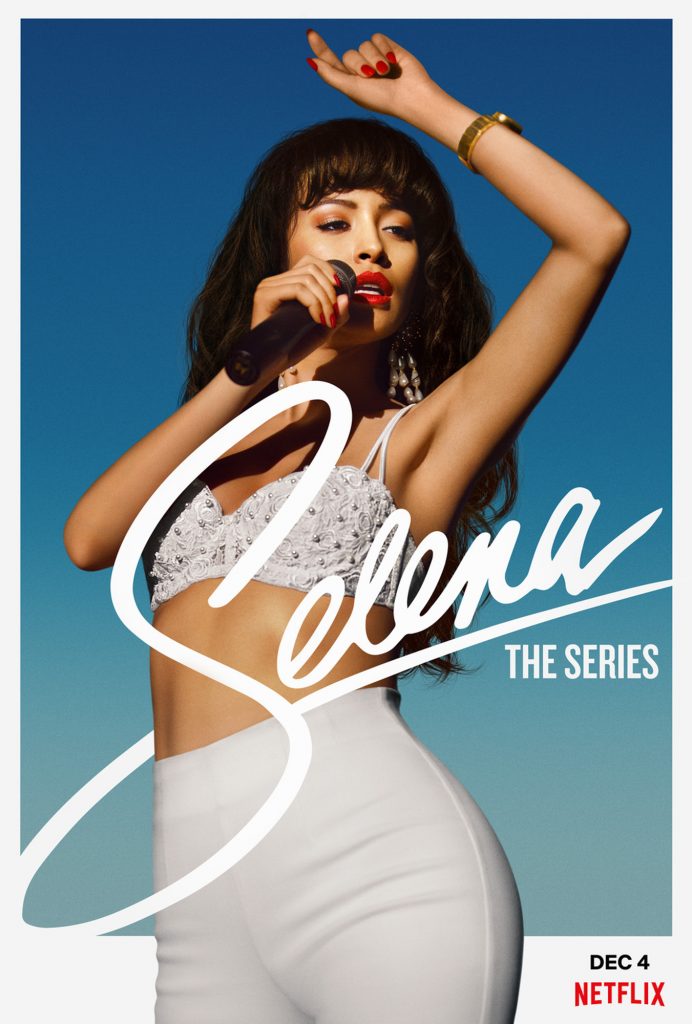 Ok, if you’re a Selena fan, then you’ve already seen the 1997 film starring the young Jennifer Lopez as the ill-fated Latina superstar. If you are a super fan, you own the movie. Well, Selena: The Series goes beyond the story that the film made famous. There are nine episodes to this first season. So more time to go deeper into what made Selena the great performer the world knew. They literally start at her birth and how she got her name.

Netflix made the smart move to make the Tejano icon’s family a vital part of the production team. Serving as executive producers are Jaime Dávila, Rico Martinez, Suzette Quintanilla, Abraham Quintanilla Jr., and Simran A., all working to bring her story to life. That kind of control for the family behind the scenes is meaningful. It’s what lends a sense of balance and truth to the facts of the story of Selena: The Series.

This program dives into the Quintanilla family’s part in Selena’s (Christian Serratos) success as an artist. It spotlights her brother A.B.’s (Gabriel Chavarria) role as the lead songwriter, bandmate, and later producer. It shows how her reluctant older sister Suzette (Noemi Gonzalez) finds her place in the family’s love of music sitting behind the drums. The series also gives much overdue credit to Selena’s parents and their sacrifices for her success. Her father, Abraham (Ricardo Chavira), a musician himself, poured his drive and talents into his children’s success once he realized how gifted Selena truly was. Her mother, Marcella (Seidy Lopez), uprooted the family to literally live on the road. Touring around the country in various unglamorous vans and then tour busses. All the while, nurturing her family and being a sounding board for Selena. Especially once Chris (Jesse Posey) joins the band, and he and Selena fall in love. The series does a beautiful job showing us the love and camaraderie that kept the family going in the lean times. As well as the determination and professionalism they had when fame started knocking on their door.

The casting for Selena: The Series is spot on. Especially the choice of Christian Serratos as Selena.  Most people know her from her role on AMC’s “The Walking Dead.” However, she magically transforms into the titular Selena Quintanilla in this series. She manages to capture that spark that made the real Selena so relatable and loved by millions of people worldwide.

The best part of this series is the music. The actors lip-sync to the actual powerful performances of Selena. I loved being exposed to music I had not heard before and reveled in the songs I know and love from this performer. This series does a beautiful job highlighting why Selena will remain a legend for years to come as it exposes a whole new generation to the songs of the late great Selena.

I give Selena: The Series a 4.5-star rating.  It will make the hearts of her fans go “Bidi bidi bom bom” this holiday season.

Created By: Zamora, with Don Todd (“This Is Us”) consulting