The peaceful town of Centerville finds itself battling a zombie horde as the dead start rising from their graves.

Here is my full review of Jim Jarmusch’s THE DEAD DON’T DIE.

Jim Jarmusch fans will have a field day with all the references in his wacky, THE DEAD DON’T DIE.  From coffee to aliens to nods to Romero to a few musical guests and of course a stellar cast round out the Jarmusch melting pot of a movie.

So should you see this film or not?

For the full breakdown of why this is a better way to spend your money then on shitty X-Men, Godzilla and his penpals, or even the 25th MiB installment (granted it looks ok).

In the film we follow the daily routine of Bill and Adam’s cop characters.  They introduce us to the very normal Centerville (obviously pick any state but a midwestern or slightly southern one works best).  Steve Buscemi dives hat first into his role as Farmer Frank Miller.  Danny Glover is the polar opposite of Buscemi and a lovable sort in the town as he is in real life too! Texans Selena Gomez and Caleb Landry Jones play unique archetypes that are slightly skewed to their types than specific characters.  Carol Cane plays one of the more fun dead otherwise the film is packed full of Jarmusch’s musical friends.  From a Iggy Pop, to W-Tang’s leader RZA to the wonderfully disguised Tom Waits.  Lastly you’ll fully enjoy Tilda Swinton’s mysterious Zelda Winston who gives another otherworldly performance.

One of the real changes from the typical Zombie fest film is the final death blow.  Yeah the tremendous marketing campaign by Focus Features has let us in on the “Cut off the Head” mantra, but the funky smoke effect that showcases the decay of life is rather funny touch.  Overall though this isn’t really a film about Zombies.  One of the most important lines in the film explains how the Zombies are doing what they did in life.  The mundanity of life is a central theme in Centerville and maybe a metaphor for the world itself?  I’ll let you decide just how massive of a political or humanity swipe Jarmusch is actually making.  It is obvious though that this is much more then just a simple film about a town infested with Zombies.  Pay attention to the TV coverage, especially the corky Posie Juarez (ha nice name switch with that actress!)

Lastly the film is a smooth and fun hour and 45 minutes.  It won’t kill your evening or daytime depending on when you consume your popcorn and soda.  Instead it’s just the right amount of joy you need to look at the real fun of filmmaking.  Especially enjoy how Jim isn’t afraid to break the fourth wall and poke fun at a lot of movie no nos.  Jarmusch certainly isn’t a traditionalist and thank god for that.

Act like the Dead and slowly somber to your near by arthouse theater and spend your $15-20 bucks on something entertaining.  Marvel already has the rest of your money and X-Men doesn’t deserve any of it.

For more information please go to, THE DEAD DON’T DIE. 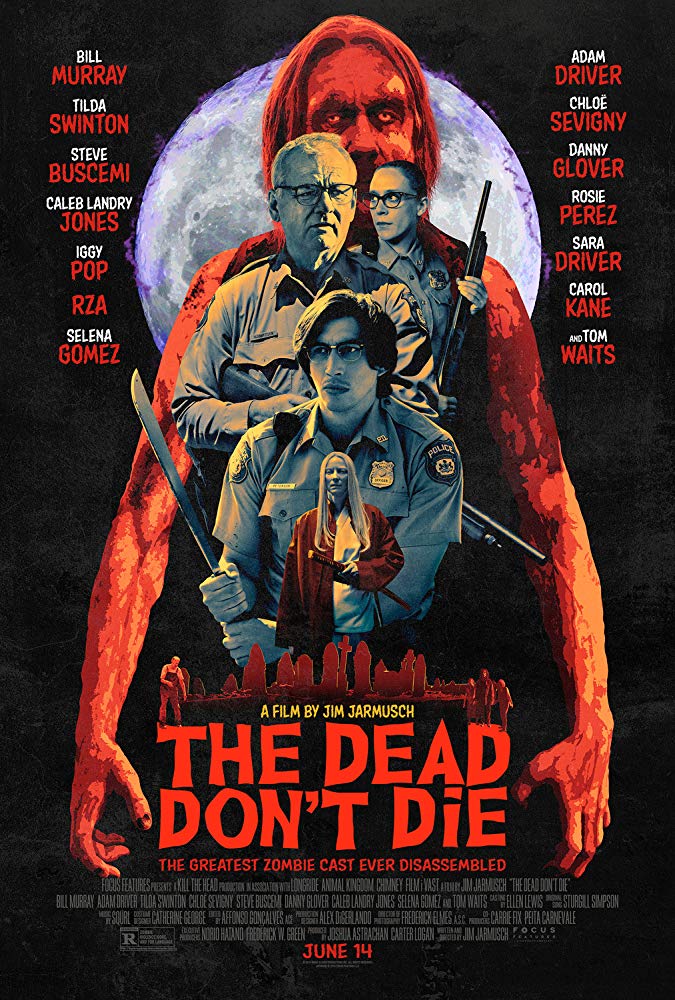 Written By
Gadi Elkon
More from Gadi Elkon
Join award-winning performer and musician P!NK as she embarks on her record-breaking...
Read More