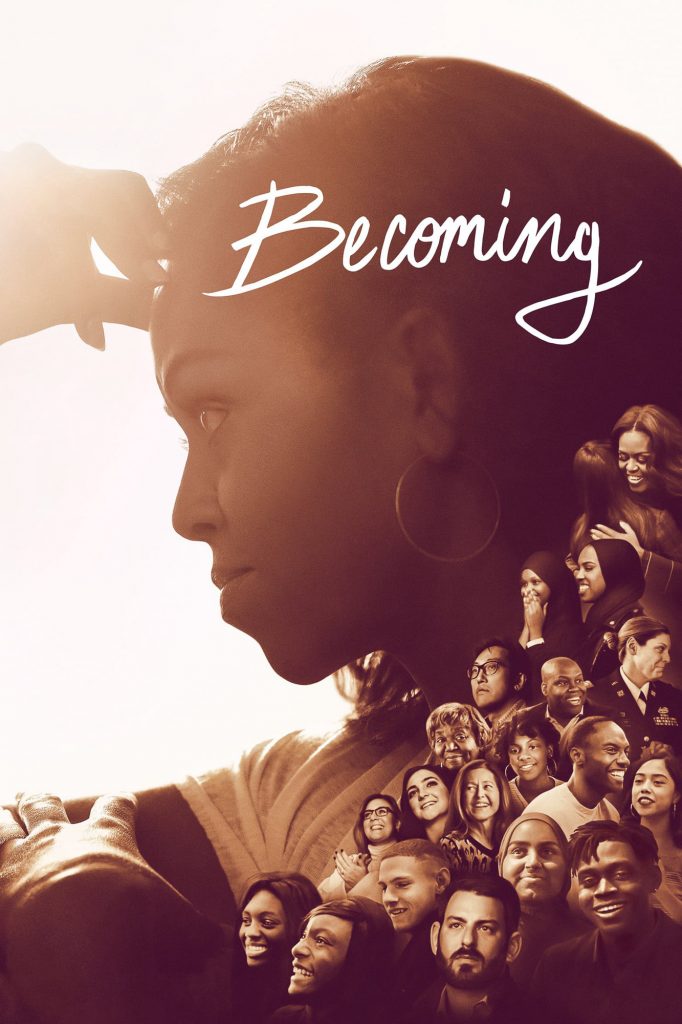 BECOMING – A Review by Hollywood Hernandez

Becoming is a Netflix documentary by first time director Nadia Hallgren who follows the former first lady on her tour to 34 cities to promote her memoirs, “Becoming”, and to connect with and mentor young women on each stop along the way.

The film is a sincere look at the hate speech that was spewed by racists and Fox News reporters that both she and President Obama had to deal with and she admits that it was hurtful.  However; the former first lady remained upbeat.  Her positive attitude is infectious.  The movie brings up her “when they go low, we go high” speech while campaigning for Hillary Clinton and shows that was not just a campaign slogan but rather something she truly believes in her heart.

During her cross-country tour, she looks at her family’s history and remembers how she came from slaves to become the first African-American First Lady.  It’s an example of never forgetting where you came from.

During her book tour, she’s interviewed by celebrities, like Oprah Winfrey and Gayle King.  She tells some really great stories about her family time in the White House, for example, the time she and her daughters wanted to sneak outside, but were hampered by the secret service.  The funniest one she relates is that on the family’s last night in the White House her girls wanted to have a sleepover.  The next morning they had to scramble to all the kids out of the house because Trump was ready to move in.

Becoming is a wonderful journey about the Obama’s eight years in the White House.  It gives us a real insight into one of the most beloved first ladies in history.  It’s rated PG and runs right at 90 minutes.

On my “Hollywood Popcorn Scale” I rate this movie a JUMBO.

Turner Classic Movies (TCM) will celebrate the life and career of legendary actress Debbie Reynolds, the vivacious actress, singer and dancer who entertained…