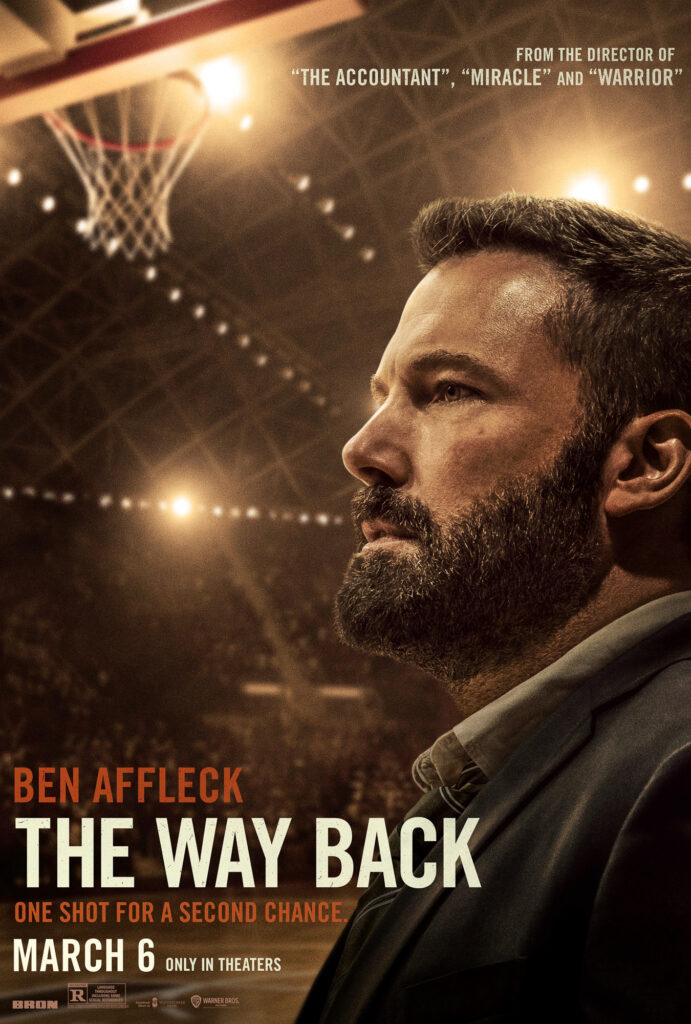 THE WAY BACK – A Review by Hollywood Hernandez

Ben Affleck is Jack Cunningham in the new inspiring sports movie called The Way Back. Jack is a former basketball high school standout who returns to coach his old team after the current head coach suffers a heart attack.

Affleck’s character is at the bottom of the barrel in his life after suffering tragedies that lead him to the local bar every night. A friend of his father comes to his aide every night to pull him out of the bar and get him home. One of the tragedies that have him down in the dumps is the recent death of his father. He also lost his son and his wife has left him.

After a slow start, he whips his unmotivated team into a winning group; teaching the boy’s life lessons along with basketball. Also, along the way, he gets back his passion for the game and his passion for life. However, when another tragedy comes his way, he falls back into his old ways and loses his job as the coach.

The Way Back is a great sports movie. The action and the inspiration of the story will keep you enthralled throughout the movie. The movie is also a redemption story with Affleck’s character overcoming his tribulations to get his life back. Affleck delivers a strong performance as the tormented coach.

The movie is rated R for language. (Affleck curses like a sailor in the movie.) It has a run time of 1 hour and 48 minutes. On my “Hollywood Popcorn Scale” I rate The Way Back a LARGE.